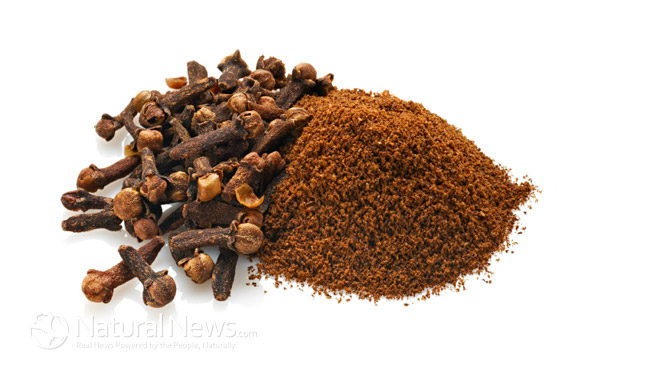 Clove is one of the highly prized spices, native to the Maluku islands in Indonesia. The spice actually is dried aromatic flower buds of an evergreen rainforest tree in the family Myrtaceae, Sygizium aromaticum

It is available throughout the year and commercially harvested primarily in Indonesia, India, Pakistan, Sri Lanka, Madagascar, and Zanzibar. It is widely recognized all over the world for its medicinal properties and culinary qualities.

The spice is widely used in Asian, Middle-East, and African cuisines in the preparation of curries, gravy items, and marinades. It is used along with other spices, including cinnamon, cardamom, and black pepper in the cooking of Biryani (spiced rice).

Clove essential oil is used as an active ingredient in cosmetic products and the healing of many disorders. In the Middle East, it is added to beverages, at times along with cardamom and peppermint.

Clove has been used for thousands of years in India, China, and South East Asia, not only as a spice and condiment but also as a remedial herb for many ailments. Ayurvedic practitioners, for instance, use clove for tooth decay, halitosis, and bad breath, among others. In Traditional Chinese medicine, clove is considered an aphrodisiac.

Scientists have determined and isolated many bioactive compounds from clove, including (but not limited to) phenolic compounds: flavonoids, eugenol, hydroxybenzoic acids, hydroxycinnamic acids, and hydroxyphenyl propene; phenolic acids: gallic acids and its derivatives, hydrolyzable tannins; and other phenolic acids: caffeic, ferulic, ellagic and salicylic acids. Flavonoids found in lower concentration in cloves, including kaempferol, and quercetin and its derivates (glycosylated) .

Clove is considered as an important medicinal plant due to the wide range of pharmacological effects owed to its traditional uses for centuries and reports in literature.

Digestive: Clove aids digestion by stimulating the secretion of digestive enzymes. It is also used to alleviate flatulence, gastric irritability, dyspepsia, and nausea. Roasted powdered clove is usually taken with honey as a remedy to relief digestive disorders.
Antibacterial: Clove found to have 29 phytochemicals with antibacterial properties against a number of pathogens including specific bacteria that spreads cholera.
Anti-carcinogenic: Clove really attracts the attention of scientists for its anti-carcinogenic properties. A study demonstrated that clove may be helpful in controlling lung cancer in its early stages.
Hepatoprotective: Metabolism, in the long run, results in increased free radical levels. Antioxidants prevent free radical induced tissue damage by preventing the formation of radicals, scavenging them, or by promoting their decomposition. Clove offers a high amount of antioxidants which may be beneficial in protecting organs from the detrimental effects of free radicals, including the liver.
Anti-diabetic: Consuming cloves on daily basis may be beneficial in regulating blood sugar in diabetics. A study has revealed that clove extract imitates insulin in certain ways and help in controlling blood sugar levels.
Anti-osteoporotic: Phenolic compounds in clove such as eugenol and its derivatives, and bioflavonoids including flavones and isoflavones have been particularly found to be helpful in preserving bone density and the mineral content of bone, as well as increasing tensile strength of bones.
Anti-Mutagenic: Mutagens is defined as chemical compounds that change the genetic makeup of the DNA by causing mutations. Biochemical compounds found in cloves such as phenylpropanoids shown to have anti-mutagenic properties. When administered to cells treated with mutagens, they were found to be able to control the mutagenic effects.
Immunostimulant: A study showed that clove essential oil stimulated the immune system by increasing the white blood cell count, thereby improving delayed type hypersensitivity. The study also demonstrated that it restored cellular and humoral responses in cyclophosphamide-immunosuppressed mice in a dose-dependant manner.
Hypocholesterolemic: One clove study found that a daily dose of cloves lowered cholesterol while improving insulin performance.

Antiviral: Dr. James A Duke in his ethnobotanical database shows that clove contains 21 phytochemicals that may act as antiviral. Taking clove tea either alone or combined with other antiviral herbs such as thyme, rosemary, cinnamon or neem may help in shortening of the flu or colds duration.

Note: Most of the traditional uses of clove in the aforementioned list can be found by browsing various alternative healing websites owned by Indian herbal practitioners or holistic health advocates.