Children’s Book Has No Pictures Yet Still Entertains Youngsters 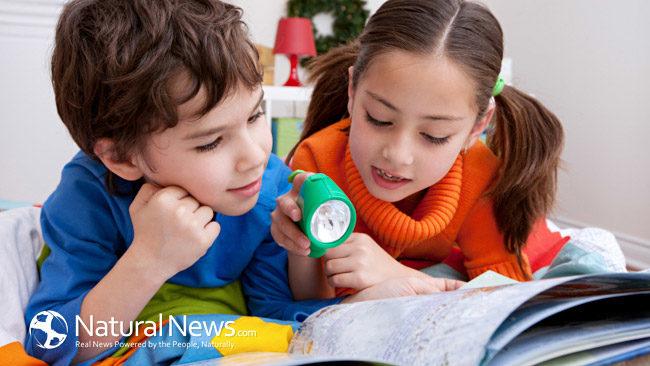 A children’s book without pictures might seem pointless, making as much sense as a zoo without animals, right? Well, that’s about to change, all thanks to a book appropriately titled, “The Book Without Pictures.”

Written by none other than Emmy-award winning B.J. Novak of the television series, The Office, the book is filled with nothing but silly words and strange word pairings (i.e. “blueberry pizza” and “BLORK”) in various sizes and fonts. (1) It’s received rave reviews, including one from The Atlantic which says, “B.J. Novak proves that kids’ books don’t need pictures.”(1)

Still not convinced? In this YouTube video, Novak reads the book to a room full of grade K-2 youngsters in Long Island City, NY. If their shrieks and giggles don’t put a grin on your face, I don’t know what will.

Why the bursts of laughter over words that sound funny? Paul McGhee, PhD, and author of Understanding and Promoting the Development of Children’s Humor [see McGhee’s book here] explains that humor, which “…makes significant contributions to young children’s development,” is essential, and what adults may think of as bizarre nonsense is actually rather hysterical to a young child.(2)

For example, from one year up to five years, children tend to become fascinated with the fact that everything has a name, but moreso, they enjoy giving things the wrong name even though they know otherwise.(2) A parent may say, “show me your nose,” and the child may point to their ear or they may point to a dog and call it a cat, or they may hold a plate up to their ear to mimic a phone.

McGhee also notes that nonsense words will become part of a child’s routine around ages three to five. He says that “In the second half of his third year, my son enjoyed nonsense words so much that we often had verbal jousting sessions in which we would take turns hurling nonsense sounds at each other.”(2)

Both the sounds of words as well as “nonsensical pairings” of them illicit a case of the giggles from children this age, as seen in how Novak enunciates certain words he reads. McGhee explains that a child saying something like, “I want more tree milk” is common; therefore, it’s easy to understand how the children in the “A Book with No Pictures” video erupted in laughter over silly things such as “My head is made of blueberry pizza.”

Laughter Really is the Best Medicine

Even adults seem to have a fascination with words that sound funny, which may make reading time with children even more enjoyable.

Susan K. Perry, Ph.D., a psychologist and author, created a list of 22 funny words that she personally found smile-worthy.(3) Among them are bekiss (to kiss all over), furfur (dandruff), smaze (combo of smog and haze) and bediaper (to decorate with a repeated diamond design).(3)

Go ahead, try it in a sentence: “It doesn’t matter that you have so much furfur since I can’t see it in all of this smaze anyway.” Or put two words together. Furfur Smaze.

Turns out, all the laughter is definitely a good thing. Research shows that laughter helps overall health by boosting oxygen throughout the body, providing a sense of calm, increasing muscle flexion and even lowering blood pressure.(4)

I don’t know about you, but I might buy the this book all for myself! If you do too, and you upload a video of yourself reading the book, you could win a visit from B.J. Novak, as well as $5,000 for your child’s education or for a donation to a local school or library of your preference. Grab the book here.