The Cherries the Perfect Food for Inflammatory Arthritis 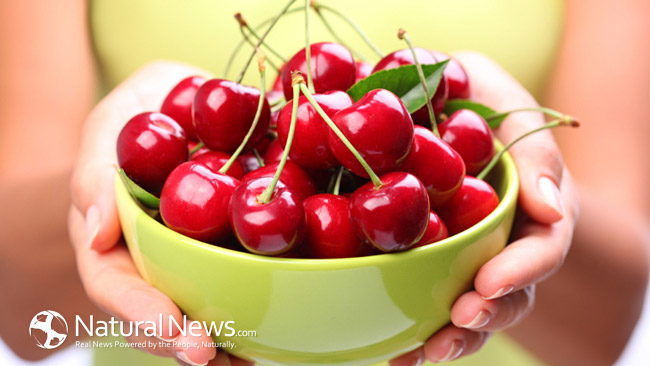 Inflammatory diseases like arthritis effect millions of Americans and can greatly interfere with overall quality of life. There are many anti-inflammatory drugs on the market, such as NSAID’s and corticosteroids, but all of these carry with them side effects ranging from the mild to the severe.

Fortunately, however, more people with inflammatory conditions are becoming aware that diet can play a large role in natural, day-to-day management of inflammation. And one food which is particularly good for this is the tart cherry, which is not only delicious but which researchers have found to have the highest anti-inflammatory content of any food.

The newest research is coming out of the Oregon Health and Science University, where scientists have discovered the truly amazing anti-inflammatory properties of the tart cherry which can help to natural treat conditions like arthritis (as well as other inflammation-induced illnesses like gout and IBS).

Scientists here uncovered the fact that tart cherries such as the Balaton and the Montmorency have a high content of phenolic compounds and anthocyanins. They are much higher in these compounds, in fact, than sweet cherry varieties like the Lambert, Rainier or the Bing. This is significant, because it is the phenol and anthocyanin content which is thought to have such a strong anti-inflammatory effect.

In one of the studies they conducted to test the efficacy of the cherries, 20 women between the ages of 40 and 70, all of whom suffered from arthritis, were instructed to drink tart cherry juice twice a day for three weeks. At the end of the study, bloodwork was done and it revealed significant reductions in inflammatory markers compared to the bloodwork done at the beginning of the study. What was interesting was that the women with the highest level of inflammatory markers to begin with showed the greatest improvement.

This backed up with earlier research from a different institution which showed that the anthocyanin in tart cherries was able to help reduce inflammation has effectively as ibuprofen and naproxen, two common over-the-counter medications often used for arthritis. In this case, researchers pinpointed a specific enzyme which the anthocyanin repressed to help prevent an inflammatory response. Yet another study on tart cherry extract found that it could greatly reduce the pain associated with chronic arthritic conditions.

Research like this shows that cherry consumption as part of a general anti-inflammatory diet can have a significant impact on conditions like arthritis, which are based on inflammatory processes and for which modern medicine has very little effective treatment to offer that does not involve serious side effects. It is just one more piece in a growing body of evidence to support that belief that dietary therapy really can significantly improve the day-to-day management of chronic conditions.