Cell phones, Wi-Fi and Radiation: Are There Credible Links To Cancer? 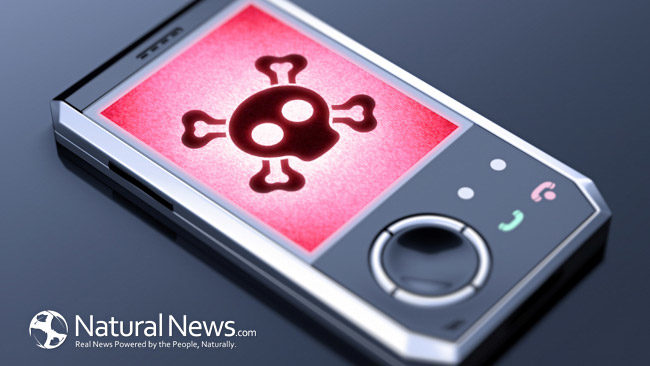 As our society spends more times tapping on smartphones, we also worry the continuing threat of cancer. The American Cancer Society estimates that over 1.6 million Americans will be diagnosed of cancer in 2015, and over 500,000 people will die from that terrible disease.

Could this increase in cell phone usage and cancer be linked? What about wi-fi? The answer is that while they are not definitively linked, the possibility does exist.

First, we need to understand why people are concerned about how cell phones and wi-fi could cause cancer. Cell phones give off a low-energy radiation wave called radiofrequency or RF waves, comparable to FM radio waves and microwave radiation. While RF waves are not as damaging as higher energy forms of radiation like UV light, it is still a form of radiation.

RF waves dissipate very quickly, but as cell phone users hold their phones next to their heads, these waves can affect your body and head. This is why people are concerned about cell phones causing brain cancer in particular.

The specific brain cancers which are of concern are glioma and acoustic neuroma. Glioma is a rare but deadly cancer, with the worst variations leaving a median survival time of just 12 months. However, only five in 10,000 adults are diagnosed with glioma in the United States every year, and about 10 in a million develop acoustic neuroma.

The obvious question to ask then is if rates of glioma have gone up as more and more people use cell phones. Unfortunately, there is no definitive answer.

On one hand, some studies seem to indicate that there is no actual connection between cell phone usage and cancer rates. One major study looked at 400,000 people in Denmark who had a cell phone subscription between 1982 and 1995, and compared cancer rates between those people and the rest of the population of Denmark.

The study found that “cell phone use, even for more than 13 years, was not linked with an increased risk of brain tumors, salivary gland tumors, or cancer overall, nor was there a link with any brain tumor subtypes or with tumors in any location within the brain.” Additional studies have also come to a similar conclusion.

But this does not serve as proof that cell phones do not cause cancer. First, as the Denmark study only tracked subscriptions rather than usage, there is no way to know how often those people used those cell phones. In fact, given the time period, it is certain that they did not use their phones nearly as much as we do today. This means that their exposure to RF waves , even if you’re using a signal booster, would be smaller.

Another major problem is that cancer is very much a long-term thing, and it can take years if not decades of harmful habit to lead to cancer. So while RF waves from cell phone may not necessarily cause cancer now, it could cause with continued exposure in some years or decades down the line.

Think about asbestos. The ancient Greeks and Romans wrote about the harmful effects of asbestos, and research on its dangers was conducted in the 19th century. But American asbestos production only began to decline due to concerns about health effects in the 1970s. And cancer is far more difficult to prove one way or the other compared to the effects of asbestos.

It could take another couple decades until it can be definitively proven whether cell phones cause cancer or not. But in the meantime, the World Health Organization (WHO) has admitted that radiation from cell phones can possibly cause cancer. WHO has now labelled cell phones in the same “carcinogenic hazard” category as toxic materials like lead and engine exhaust.

All of this should show that individuals are right to be concerned about the potential harmful effects of cell phones. Thankfully, while cell phones have become essential to modern life, there are things which a family can do to mitigate their effects.

As noted above, individuals are concerned about brain cancer because most people hold their cell phone to their head. Well, don’t do that. Use your speaker phone or a hands-off device. Even holding your phone a short distance way means that RF waves have a longer distance to travel and lose more energy.

Also, do not let your children have a cell phone. The effects of cell phones and cancer are particularly undocumented in children. And growing children are more vulnerable to radioactive waves which could damage their DNA and cause cancer.

These safety measures could protect you and your family from a deadly brain cancer at some point in the future. At the end of the day, any measure you can take to reduce your family’s risk of a deadly disease by even the slightest margins is surely a sound decision.