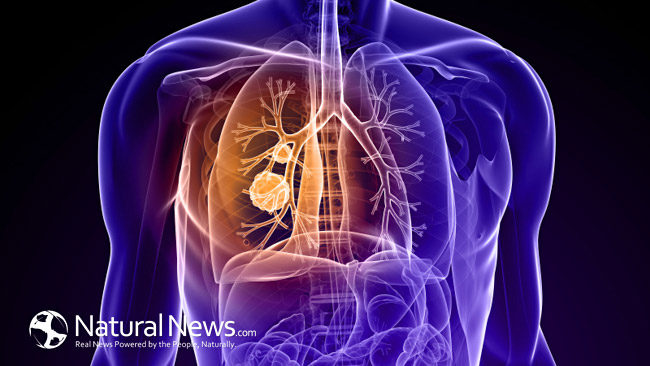 Cancer, despite many advances in early detection and treatment in recent decades, continues to be in the top ten leading causes of death among Americans – and lung cancer is the number one cause of these cancer-related fatalities. Smoking, secondhand smoke, exposure to asbestos and many other factors can cause this particular form of cancer, which is often not detected until the disease is well-advanced and few options are left for treatment.

That is why research into natural treatments like the following study done on celery, are so promising, giving hope to cancer patients that eventually some product for patient use will be manufactured based on preliminary findings, such as those in the study below.

This new study is part of the growing body of evidence which supports the claim that celery is a powerful potential cure for lung cancer. In the past, it has been tested for its efficacy against other cancer cells, including those from prostate, breast, liver, pancreatic and ovarian cancers. But this new study, in which researchers exposed lung cancer cell lines to a celery extract high in the active compound apigenin, found that this compound was able to eliminate around 86% of these cancer cells.

This research is echoed by other ongoing or recent studies, such as the one in China which found that by eating just 2-3 celery stalks a week, patients were able to reduce their risk of developing lung cancer by a whopping 60%. However, researchers concede that more studies should be done on this compound to learn more about it and about what mechanisms it works by to achieve the desired result. Scientists also would like to know if this apigenin works on its own or in tandem with other active compounds in the celery, though so far it appears that apigenin by itself is effective since it is able to block cancer growth by shutting off a cancerous tumor from its supply of blood and glucose, essentially starving it to death.

Other Health Benefits of Celery

While this vegetable is pretty unassuming and often gets overlooked in the kitchen, it is certainly something to be considered for the variety of health benefits it brings. It has been studied in the past and found to be effective at reducing water weight gain and inflammation throughout the body as well as calming the nervous system, improving digestive processes and even lowering the blood pressure, a major risk factor for a number of serious conditions like heart disease. Although celery is, in fact, largely composed of water, apparently the apigenin it contains is a pretty potent and versatile.

Due its many health properties, celery can be consumed regularly without fear and apart from anything else, its water and dietary fiber will ensure important health benefits and help avoid the development of many serious conditions.