Can your multivitamin increase the risk of Alzheimer’s disease? 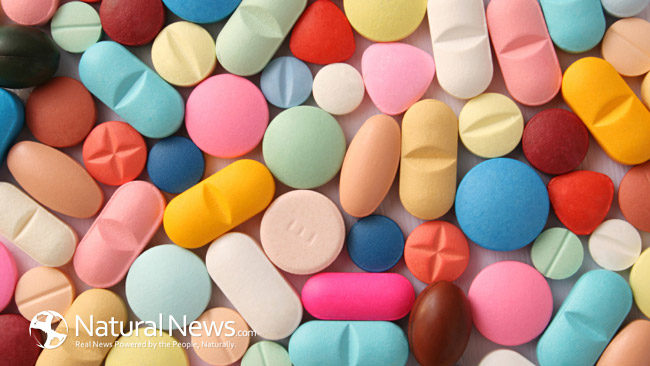 Many of us want to improve our odds of getting into old age in the best of shapes by using multivitamins. I do it. You probably do it, too. But can your multivitamin increase the risk of Alzheimer’s disease? Recent research focuses on copper, a common ingredient of many multivitamins as a possible suspect in dementia.

“For some time it has been clear that copper toxicity plays a major role in Alzheimer’s disease,” says professor George Brewer, a researcher at University of Michigan.

It all started with Larry Spark’s rabbits. In his West Virginia laboratory Dr. Larry Sparks, a researcher investigating the effect of high cholesterol diet in Alzheimer’s disease (AD), developed an animal model of this disease. He and his team fed rabbits with high-fat diet until they developed AD-like disease (and you thought you had a depressing job!). When he moved his lab to Arizona, to his surprise he found that he no longer was able to induce dementia in his animals. What happened? He maintained the same conditions (same breed of rabbits, identical food etc.). The only change, he realized after some time, was that in West Virginia he used tap water, whereas in Arizona the water was distilled. After experimenting with different substances in water he narrowed it down to a difference in the levels of copper.

But keep in mind: this doesn’t make copper a villain. Copper remains an important trace element; its deficiency can cause as much trouble as its excess. It is a crucial component of many enzymes.

We get 75% of our copper from food such as shellfish, nuts, grains, many fruits and vegetables and chocolate.  It is so-called “organic copper” or copper-1. Over millennia our bodies figured out a safe way of handling it through processing it through liver, which works like a distribution center, sending it to whatever cells may need it.

Then, there is remaining 25%, inorganic copper or copper-2, which we get from water (leached from copper piping) and more recently from supplements.  It slightly differs from copper-1 in that it is unattached to any bigger molecules.  As a result, it shows up in our blood almost immediately after ingestion, as it bypasses the secure channels in liver. What’s more concerning, it can cross through the blood-brain barrier, an important mechanism, which decides which substances can cross safely into the brain.

We have evolved to handle copper-1 safely, but copper-2 is a different matter altogether. Excess of copper-2 in water is a new phenomenon and our organisms don’t have efficient pathways to handle the increased amount of this mineral. But we may be making matters worse by getting even more of copper-2 in our bodies by taking it in form of supplements (almost all copper in supplements and multivitamins is copper-2).

So how does copper affect the brain?  In a nutshell, it increases oxidative stress and beta amyloid plaque formation. Beta amyloid is a protein that forms the plaques, which are hallmark of Alzheimer’s disease.  It is possible that forming the beta amyloid clumps may be body’s way to cope with increased oxidative damage from metals like copper.  But after its role has been fulfilled, the body will try to eliminate excess of beta amyloid. If removal is unsuccessful, as a result beta amyloid will aggregate in plaques, gumming up the work of the neurons.

More recently researchers from University of Rochester found that adding small amounts of copper to water fed to mice has affected that cleanup mechanism.  The blood-brain barrier become leaky, admitting even more copper into the brain circulation.

There is another factor, which can make problems with inorganic copper even worse. You saw it in Larry Spark’s rabbits. It turns out that eating a diet high in red meat and trans fatty acids increases absorption of copper, enough to make a difference in cognition. Perhaps this is just how it works in rats, you wonder. Maybe it was one-off result? Fair point. Alas, no.

Look at the results of this study done on seniors in Chicago. In 2006, Morris and his colleagues published the results of 6 years follow up on over 3700 residents of Chicago, 65 and older. The researchers looked at dietary content of copper and fat and following patients’ memory with four different tests. There was a strong association of memory problems with high copper intake (mostly from vitamin supplements) and fatty diet. In fact, the risk of dementia in people whose copper intake was in the top 20%, was increased six fold (yes, you read that right – six fold!). Interestingly, there was no such correlation in people who avoided saturated and trans fats.

Could this be the key to the increased rate of dementia we have observed in the last 60 years? George Brewer, professor at University of Michigan, and one of the main researchers on copper and brain, thinks that it may be the case. He proposed that the high prevalence of Alzheimer’s disease (20% of those 70 and older and 30% of 80 and above) arose in context of increased affluence in US after WWII, which brought with it diet rich in meat and processed food and widespread use of copper plumbing.

Consider this: the rates of Alzheimer’s disease in undeveloped countries are only a fraction of what we see in US. For instance, in rural India its prevalence in people over 65 is only about 1%. In Nigeria it is even lower, at about 0.5%. Their diet contains much less saturated and trans fats. And there is much less infrastructure in terms of plumbing, copper or otherwise. Now, look at Japan, admittedly a developed country, but with low prevalence of dementia (8%). They have rejected copper plumbing because of concern about its toxicity. But, when Japanese migrate to Hawaii (where use of copper plumbing is as common as in continental US), their rates of Alzheimer’s disease increase to match the rest of the population.

Did you know that over 80% of US households use copper plumbing? Environmental Protection Agency set its “action level” for copper content in water at 1.3 mg/L. But the amount of copper in water that jumpstarted the dementia in Larry Sparks’ rats was less that tenth of that, at 0.12 mg/L. Should we be concerned?

Concerned – yes. Ripping out your copper plumbing? Probably overkill. As this is all rather new, the researchers don’t have enough data to make definite recommendations yet. Here is what I do, as we are all awaiting more conclusive figures:

Aging Like a Boss
Dr. Anna Lamnari is an internist, geriatrician and integrative practitioner with almost 20 years of clinical practice. She is passionate about healthy, vibrant aging and natural ways of improving memory. Follow her on aginglikeaboss.com or on Facebook.