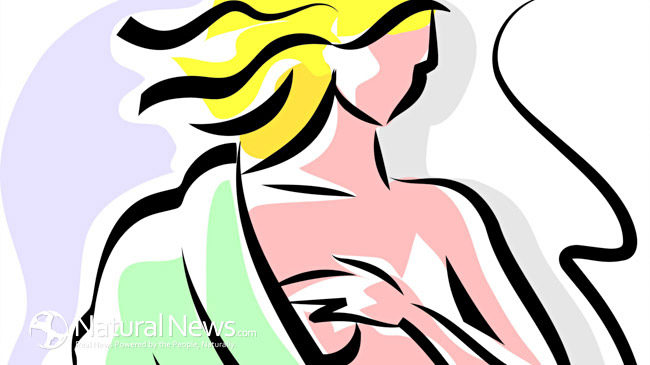 Milk Thistle has been studied for years for its anti-tumor effects on several types of cancer, especially prostate, lung and liver.  This year (2016), however, was the year for this bristly-looking herb to prove its effectiveness on breast cancer.  In 2016 alone, there were 9 separate studies which verified Milk Thistle’s activity against many forms of breast cancer, including ER positive and Triple Negative.

Silibinin is the active constituent in the flavonoid called silymarin and the main reason why Milk Thistle is such a healing herb. Silibinin has proven in scientific studies to prohibit cancer cells from reproducing while also reducing the life cycle of existing cancer cells.

What also makes Milk Thistle so effective against breast cancer and other cancers of the reproductive system, such as cervical and prostate, is its detoxifying effect against xenoestrogens.

The daily lives of most individuals are filled with exposure to toxic chemicals in food, the air, the water and home products. Some of these toxins convert into “fake estrogens” in the body, which can build up and overpower the system, leading to cancers of the reproductive system. Milk Thistle has the ability to metabolize excessive amounts of aggressive estrogens such as estradiol (which xenoestrogens tend to mimic).

Other Benefits of Milk Thistle

Of course, the most research about Milk Thistle has centered around its effect on the liver. The liver (as well as the kidneys) is the body’s great “detoxifier.” As such, it does it’s best to filter out the constant stream of toxins that our lifestyles places upon it. It can get overloaded, however. This is when cancer and other immune-compromising conditions can occur. Milk Thistle helps take the burden off an over-taxed liver. One study found that workers exposed to toxic chemicals for up to 20 years were able to improve their overall liver function after being given Milk Thistle extract (80 % silibinin) for just one month.

Another major advantage of Milk Thistle supplementation is its strong anti-inflammatory properties, again caused by silibinin. Herbal mixtures which contain silymarin from Milk Thistle and other anti-inflammatory substances such as curcumin from turmeric and Epigallocatechin gallate, or EGCG, derived from matcha green tea, are great for those who suffer from any dis-ease condition.

Of course, all of the above ties in to how effective Milk Thistle can be for boosting the immune system overall. Strong immune function is vital if you are healing from cancer since, according to a 2012 report published in the journal Lancet Oncology, one in six of all cancers can be connected in some way to infection. Milk Thistle also improves GI tract health; remember that 80% of your immune system cells reside in your gut!

How to Use Milk Thistle Effectively

Many experts say that Milk Thistle is most beneficial when taken in large doses. There are also some studies which have found that a supplement containing a “silymarin-phosphatidylcholine complex” is more effective than silibinin or silymarin alone, mainly because of this mixture’s ability to absorb more readily into cellular membranes.

Quality is also a factor. The standard for a reputable source of Milk Thistle is between 70 to 80% silymarin. Be sure to investigate the source of your Milk Thistle supplement to avoid toxic fillers and verify that the herb comes from an organic source.

Finally, consult with your naturopath before beginning supplementation with Milk Thistle in order to determine which dosage is right for you on your path towards healthy breasts and a more vibrant life overall!

Dr. Veronique Desaulniers, better known as Dr. V, is the founder of  The 7 Essentials System ™, a step-by-step guide that teaches you exactly how to prevent and heal Breast Cancer naturally. To get your FREE 7-Day Mini e-Course and to receive her weekly action steps and inspiring articles on the power of Natural Medicine, visit her at BreastCancerConqueror.com