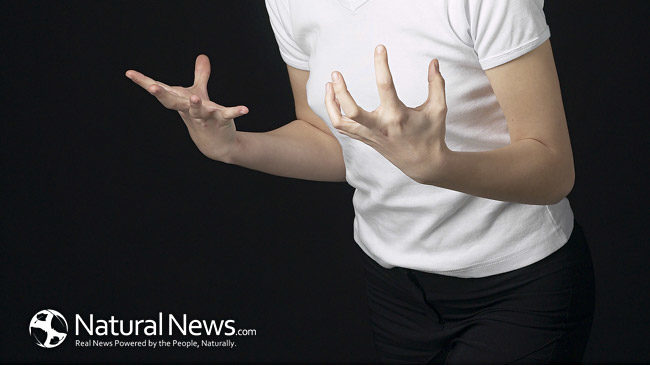 Bipolar Disorder is a serious illness, though it varies in degree from person to person. It is characterized by wide mood swings, from exaltation to deep depression. It used to be known as manic depression.

The medications typically used to treat Bipolar Disorder aim to control the mood swings, limiting them from becoming too extreme. Unfortunately, the medications used come with many side-effects, which leave many sufferers searching for a better, more natural way to control this debilitating illness.

Below are some comments made by those who have found much relief from the herb kratom:

Amy D.: I have been taking kratom since last October. I have severe mood swings with severe depression.  I started out taking about 2 grams four or five times a day for four days and three day break. That was while I was still taking my Lamictal and Prozac.

Then I read how people got off their meds using kratom, so I wanted to do that because I hated how I felt being on those meds. (Editor: Emphasis mine.)

I started taking kratom every day. It worked a lot better than my meds. I felt human again.

Tamara: “I was diagnosed bipolar in 2000, so far kratom and my supplements have calmed my rapid cycling bipolar and anxiety. I take red vein kratom for anxiety and pain and whites and greens for energy and pain.

I still of course take my psych meds, but other than those 3 or 4 meds, I’m all natural.”

Chrystal: “I’ve had bi polar for so long they used to call it manic depressive… I’ve taken many drugs to try and help but I still get very depressed on them …I started kratom just for my physical pains, but yes, it does help tremendously with my bipolar,I haven’t had a low episode in two months or panic attacks…. Kratom is a god send.”

Heidi: “I’ve been diagnosed with rapid cycle bi polar. Kratom has been amazing with the suicide ideation, racing thoughts, and moods. I like green and white primal mixed for that specific mental illness (also have anxiety, seasonal depression, and severe ptsd).”

Editor: I mentioned that my doctor, a Naturopath, groups Bipolar Disorder in with diabetes, depression, and other blood-sugar related conditions.

Heidi: “That is interesting. I have perfect blood sugar levels. I juice daily, take organic supplements, tons of vitamins, and some holistics for ptsd. I’m physically healthy as a horse minus injuries and fibro.”

Amy W.: I went off my bipolar medications because they weren’t working for me. The doctor just kept adding more meds to the mix and I was slipping farther into an unreachable state. That being said, Kratom and several other herbs have done for me what no medication has been able to do. I have never ever told anyone that they should go off their meds for any reason. That’s between them and their doctor. I just give my testimony so others can see that there is hope.”

Laurie: “I am not Bipolar, but my sister was. I often wonder if she might have avoided her decision (suicide) if she/we had found kratom in time. Sadly, I think it wouldn’t have been “enough”. However, less severe cases might be saved!”

Chrystal: “I tried suicide many times, not because of addiction but because I wasn’t getting the help I needed for my mental and physical pain …3 days before trying kratom I came within a hair of doing it again, but that time I would have done without fail…I wonder how many have thought or tried to kill themselves before kratom,… This is a must for me without it I know those pains are something I can not go back to … if I didn’t find kratom, suicide I believed was my only option.”

Jake: “With kratom, I’m more or less in the middle, maybe ever so slightly hypomanic at times. It’s the best mood stabilizer I’ve ever taken and I’ve been on over 50 different mood stabilizers/combinations for my bipolar one disorder. I haven’t taken those in years now, though.”

Bipolar Disorder is commonly portrayed as a “mental illness“, but — for those who suffer from it — it is more like a roller-coaster ride that they have no idea why they’re on it, or how to get off. Sometimes it’s exciting and others, it is sheer misery — leading to a potentially suicidal depression.

Medical Doctors and psychiatrists are locked into a perspective — and probably quite unaware of the limitations placed on their views by their training to prescribe only pharmaceutical, synthetic drugs for Bipolar Disorder.

No herbs need apply! (They can’t be patented, so not enough profit or “ownership” of an herbal therapy is possible.)

No Dietary Changes Will Be Considered, Though They May Help (Again, there’s no money in this course of action, relatively speaking.)

As usual, the question of Why this disorder occurs is not addressed, because — if it were — physicians might find that natural mineral deficiencies, if corrected, or herbs like kratom could more gently and effectively handle the symptoms. So, the pharmaceutical industry has placed itself (and their customers) in an expensive bind. All the drugs they prescribe for Bipolar must be synthetics — and with synthetics, many sensitive people experience uncomfortable, even life-threatening, side-effects.

Once again, medical science’s pursuit of relief from mental & physical pain is made secondary to the pharmaceutical industry’s demand for ever-increasing, guaranteed profits.

One thing I have learned about Bipolar Disorder from talking with those who have it:  Quite often, they don’t like the way their medications make them feel.

It’s no wonder when we read the long list of possible side-effects on any of the frequently-prescribed meds like Seroquel.  Anyone want to add a bit of Tardive Dyskinesia to their existing problems?

Doctors have a field day when diagnosing a new bipolar disorder case. For the manic side of the disorder, there are Lithium, benzodiazepines, antipsychotics, and anticonvulsants, each with their own list of side-effects. Then too, there are follow-up visits to the doctor to let him make sure what he or she prescribed is working as desired.

For the depressive side, there is another long list of drugs that could be used.

A few of the side-effects of just one of these drugs — Seroquel — include chills, cold sweats, confusion, dizziness, drooling, inability to sit still, shuffling walk, slurred speech, and uncontrolled movements of the arms and legs. We can only imagine all the potential drug interactions, when the patient is prescribed 5 or 10 drugs, all with their own unique and unpleasant side-effects.

Bipolar Disorder patients are often very intelligent. It seems to me they simply face a problem with their emotional cycles which may be triggered by environmental factors, blood sugar issues, or allergic reactions to substances in their food, drink, cosmetics. There may even be an infectious component, which is explained in a link at the end of this post.

They don’t seem to be inherently irrational or “crazy” as the term “mental illness” implies. And yet, they are generally treated as irrational, dysfunctional objects — not people trying to find the best solution to a problem, which is usually very different from the most profitable solution for the pharmaceutical companies.

As we have seen over and over, where kratom is the preferred remedy for many common medical issues as chosen by the patients, there are few studies showing exactly the mechanism of action by which kratom does its magic. Does this mean we should deny patients the herbal solution that works best for them? Is it even necessary to know how something works?

Aren’t the important questions, “Is Kratom safe?” and “Is it effective?”

We have hundreds of years of human use to show that kratom is safe. And, as more patients try kratom and their doctors see the results they’re getting, medical science could begin to compile documentation showing kratom’s efficacy in many conditions, such as Bipolar Disorder.

But — when there’s no profit in it — will they?

Here’s a glimmer of Hope, from Chrystal: “My doctor knows I take kratom and is a huge supporter (he has other patients taking it). Before, if I would lower my dose of meds, I would slip into a depression, so far since last week when it was lowered I have been very good.”

Could Bipolar Disorder be caused by a brain parasite?