Bill and Melinda Gates to receive Presidential Medal of Freedom, while Edward Snowden ‘unlikely’ to be pardoned 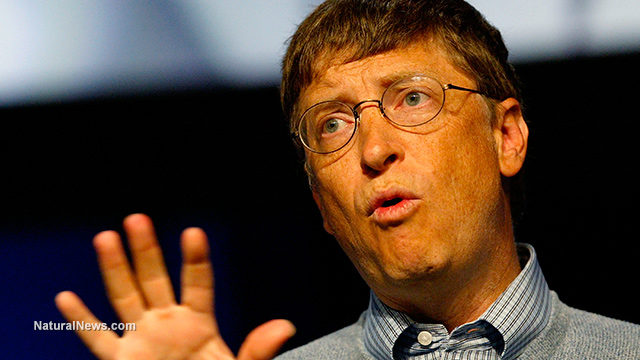 By Caleb Stephen, The Caleb Report Editor-in-Chief and investigative journalist

According to Fortune.com, philanthropists and arch criminals Bill and Melinda Gates will be among the recipients of President Barack Obama’s final presidential medal of freedom to be presented November 22 at the White House.

Anyone, who has opened their eyes to the incredible crimes against humanity committed by the Gates, would immediately be outraged at the notion of even bestowing either of them with such a prestigious award.

The Gates are one of the most evil billionaire couples on this planet and are certainly not deserving of winning any medals or awards.

“The Bill and Melinda Gates Foundation, which manages an endowment fund worth nearly $40 billion, has invested $36 billion to date in projects to fight malaria and tuberculosis and other global health and education initiatives. Bill Gates co-founded Microsoft MSFT -0.48% in 1982 and has pledged to donate most of his fortune to charity. Billionaire Berkshire Hathaway chairman Warren Buffett also contributes to the foundation.”

And that all sounds good, commendable, benevolent and generous on the surface but if we dig deeper, we will find that there’s a whole lot more to the Gates and their evil foundation than what the average Joe would be aware of.

Let’s take a relatively brief look at a small sampling of their crimes against humanity.

First of all, the Bill & Melinda Gates foundation was expanded exponentially with the help of evil billionaire elites including Warren Buffet (who significantly funded the baby-murdering Planned Parenthood organisation) and David Rockefeller. That affiliation with those two other elites (who both have well-documented criminal histories) should immediately raise warning flags.

Bill Gates is a major proponent of zero population growth and the “reduction” of the world’s population by at least 10-15% in order to “stabilize” it. Toward that end he pushes for and funds vaccines, healthcare, and reproductive health services which are specifically packaged to sound good but really are just pure evil.

“The world today has 6.9 billion people and that’s headed up to about 9 billion. If we do a really great job, we could lower that by perhaps 10 or 15 percent.” ~ Bill Gates

Specifically, vaccines, he believes are the “best way to depopulate [an] overcrowded world” with at least 350,000 people to be killed per day to accomplish that goal.

Put simply, his vaccine program is an evil eugenics program designed to eliminate what he believes as the undesirables of the earth. Gates’ concept can easily be considered as the spear tip of the United Nation’s Agenda 21 “Sustainable Development Plan”.

In fact, Gates has even publicly declared, in a CNN video available on DailyMotion, that vaccines injected into children in 3rd world countries (disguised as a antidote for the high child mortality rate in these regions) are used to “reduce population growth”.

The horrific consequences of Gates’ botched vaccination programs is quite evident. For example, a polio vaccine that was implemented in India reportedly caused 47,500 cases of severe paralysis.

According to reports released by nsnbc International, Bill Gates hired leading Bollywood stars to make the case for polio vaccination. In other words, Gates deliberately preyed on uneducated, gullible Indians using their equivalent of Hollywood to convince them to be the guinea pigs for his vaccine –  errrr world depopulation – program.

Now, as if that wasn’t bad enough, it turns out that the company which released genetically engineered (GE) mosquitoes carrying Oxitec, the Zika virus, into Brazil was funded by Bill Gates. The 2015-16 Zika virus epidemic has been responsible for a steep rise in birth defects such as microcephaly, which is a neurological condition that causes unborn babies’ heads and brains to be unusually small.

Planned Parenthood (which I will remind you was funded by Bill Gates’ billionaire friends) conveniently used the fear and hype created by the mainstream media (tools of the globalist elite) in the wake of the epidemic to scare women into aborting their unborn babies without knowing if they have Zika or not. Planned Parenthood, which is actually a money-making machine, not the non-profit organisation they are purported to be, had in excess of $58.8 million in revenue and $1.7 billion in assets during the 2014-15 financial year. This is inarguably blood money at its worst.

Gates made headlines in 2015 after introducing a plan to implement a cashless system in multiple third-world countries, a program that would undoubtedly give financial elites total control over monetary systems. Again, a program that sounds wonderful and benevolent on the surface yet has sinister motives behind it.

Gates has also called for a one world government – an agenda of the New World Order which pushes for globalisation and the physical and mental enslavement of all human beings. He has disguised this nefarious agenda, which he says is “badly needed”, as a plausible way to combat an array of “issues” ailing the planet including “climate change” (which, by the way, is a nonexistent issue).

Not only does the Gates Foundation throw its weight around inside the healthcare industry, it has also extended its tentacles into the food production industry. Bill Gates owns more than $23 million worth, or 500,000 Monsanto shares. Monsanto is the world’s largest producer of genetically modified food, which has been tied to numerous health ailments such as sterility and infant mortality, amongst many others.

These monstrosities being forced on the world by Gates are a total fulfilment of George Orwell’s 1984 and Aldous Huxley’s Brave New World.

Meanwhile, Edward Snowden, a former NSA contractor who blew the whistle on the evil modern day Nazi police state, the industrial military complex and the mass surveillance and eavesdropping of citizens is unlikely to be pardoned according to Obama.

Snowden is not a villain unlike either of the Gates. Instead, he is an international hero, a living legend and someone who has done us all a wonderful service in exposing governmental tyranny at risk of his own life and prosperity.

What he did was not reckless, irresponsible or uncalculated. He painstakingly reviewed all the information in his possession that he planned to leak so as to minimise the impact on U.S. security whilst still freely uncovering highly questionable activities that those in power would rather have kept secret.

I think we all know who deserves to be awarded the Presidential Medal of Freedom (and to be acquitted for crimes that are nonexistent). Edward Snowden, hands down.

But no, instead President Obama plans to award the prestigious medal to two of the most evil, demonic, psychopathic, narcissistic criminals in the history of this entire world who, together, have caused the deaths and suffering of countless innocent people.

Caleb Stephen is a conservative commentator, columnist, freelance journalist, political activist and the founder and Editor-In-Chief of The Caleb Report (www.calebreport.com).

He is a roving reporter with Luke Rudkowski's WeAreChange.org

He is also the founder of Ultimate Survival Gear (www.ultimatesurvivalgear.com.au), an emergency preparedness and education website.

Caleb has written for and has articles published on world-renowned websites such as World Net Daily (WND), The Huffington Post and Intellihub.