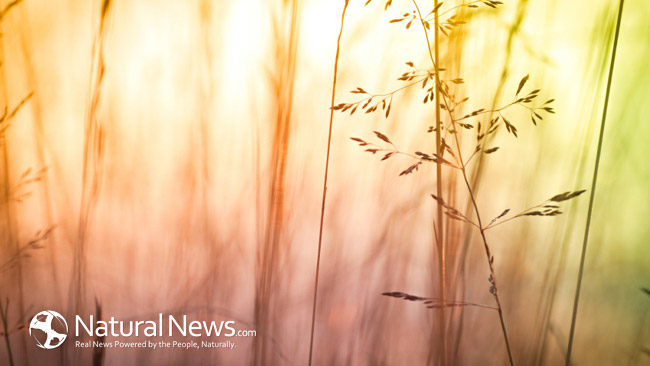 Avatar: Is it completely fictional? I think not. Light, elements, magnetics and miracles. Avatar (2009 film) is a spectacular fictional world, where a reluctant hero embarks on a journey of redemption and discovery in a heroic battle to save an alien civilization.[1]  Biophotons: The Human Body Emits, Communicates with, and is Made from Light – http://www.greenmedinfo.com/blog/biophotons-human-body-emits-communicates-and-made-light

What does Avatar mean to you?

In Avatar (see the plot in 15 minutes), planet Pandora is a land full of life, light and wonders nearly beyond our imagination. Avatar’s moon, “Pandora” could be real, Planet-Hunters say. The James Webb Space Telescope (JWST) that is projected for a 2018 launch date, will be able to study atmospheres of planets and detect key gases like carbon dioxide, oxygen, and water vapor.[3]

Avatar is a futuristic struggle of aliens, humanity and nature.[4] In the video below, Sigourney Weaver narrates the world of Pandora. A fictional world of wonder and mystery, not unlike Earth, in many respects. In fact, some of the creatures on both planets share the same qualities.

How do Pandora’s creatures produce light?

“All cells produce some form of bioluminescence.”

All living cells produce some form of bioluminescence within the electromagnetic spectrum, but most are neither visible nor noticeable to the naked eye. Every organism’s bioluminescence is unique in wavelength, duration, timing, and regularity of flashes.[7] Bioluminescence is a naturally occurring form of chemiluminescence where energy is released by a chemical reaction in the form of light emission, a very obvious phenomenon on the fictional planet called Pandora.

Back on Earth, a starlight camera captures sea creatures’ bioluminescent paths as the ocean glows with light in a video presented by National Geographic, below.[5]

Can life glow on earth as it did on Pandora?

“Fireflies, anglerfish, and other creatures produce light on earth.”

Just like the phenomenon on the fictional planet called Pandora, Earthly bioluminescence is exhibited by Fireflies, anglerfish, and other creatures that produce the chemicals luciferin (a pigment) and luciferase (an enzyme). The luciferin reacts with oxygen to create light. The luciferase acts as a catalyst to speed up the reaction, which is sometimes mediated by cofactors such as calcium, ions or ATP. The chemical reaction can occur either inside or outside the cell. It should also be mentioned that water (H2O) and the movement of ions is often required for the reaction to become visible to the human eye.

“Recent breakthroughs (that parallel those witnessed in Avatar) have enabled scientists to manipulate the movement of ions, as well as other components of living cells.” – GlyCop

Earthly Magnetic Fields are used to interrupt cancer cell division in a video presented at TEDMED. Bill Doyle presents a new approach, called “Tumor Treating Fields.” Still in its infancy – and approved for only certain types of cancer – the treatment comes with one big benefit: quality of life. Magnetic fields abound throughout the universe and play a key role here on Earth as they do on Pandora.

What are electric fields?

On Earth, electrical and magnetic fields affect almost every aspect of life as we know it. For years, some types of electric charges were rumored to cause cancer. Now there’s reason to believe they might fight it–and in some cases even destroy it. Researchers have used low-intensity, intermediate-frequency electro magnetic fields to combat an aggressive brain cancer known as glioblastoma multiforme (GBM). The strategy pinpoints tumors without the pandemonium of brain surgery and has more than doubled survival time in preliminary studies.

A cure for cancer? A video presented at TEDMED. Watch breast cancer cells return to normal and then hear from researchers who’ve dedicated their lives and careers to ending cancer. In many ways, our quest to cure cancer parallels the journey that sought out unobtainium in Avatar. In engineering and fiction; unobtainium is any extremely rare, costly, or impossible material. In this case, a cure for cancer.

What is the Extracellular Matrix?

“The extracellular matrix is the defining feature of connective tissue in all animals.”

After decades of study, Mina Bissell’s groundbreaking research has proven that a cancer cell doesn’t automatically become a tumor, but rather, depends on surrounding cells (its microenvironment) for cues on how to develop. She shares the two key experiments that proved the prevailing wisdom about cancer growth was wrong.

The pandemonium we witnessed between the fictional Na’vi and futuristic humans is much like the inner conflict of cancer. Dr. William Li, President of the Angiogenesis Foundation, presents a new way to think about treating cancer and other diseases: anti-angiogenesis, preventing the growth of blood vessels that feed a tumor.

Can we eat to starve cancer?

“Cancer-fighting foods that beat cancer at its own game. “

The crucial first (and best) step: Just as Jake, (the fictional character of Avatar) consumed the fruit of Pandora, we too can eat cancer-fighting foods that cut off the supply lines and beat cancer at its own game. Established in 1995, the Foundation’s Help Center is an outreach program that offers FREE resources to individuals seeking information about angiogenesis-related treatment options. The possession of Unobtainium is possibly within the grasp of your own hands.

Learn about the science of cancer for free!

Click Here to Learn about the Science of Cancer

Is Avatar completely fictional? I think not. The true beauty of the universe is within ourselves as well as the cosmos. Our body is a living periodic table of elements, of which we understand very little. A “Fantastic Voyage” has completely changed the way biological and medical researchers can study and increase our ability to understand life. In the future, it is my hope that my style of writing will spark an interest and a desire to follow this authors series of articles on GreeMedInfo, as we explore each subject in greater depth, together.

“No one person can accomplish great things without others. We are all in this together…”

Click-me, this and that, for a direct link to the material.