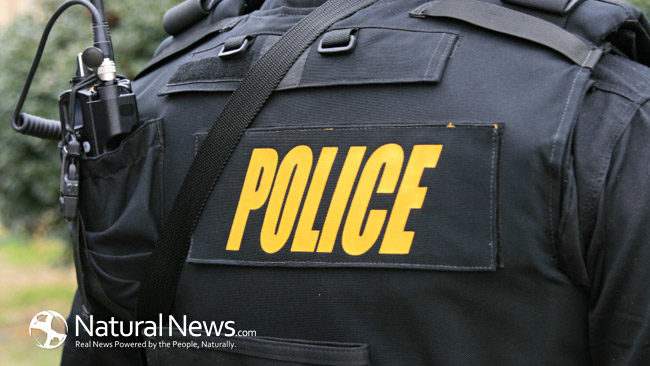 I am getting completely sickened and fed up with the way cops go about their business. It has been progressively getting worse. I recently saw a video of a man being detained outside of a bus station. He was sitting on a concrete wall that was about knee high. He was doing NOTHING wrong, except perhaps B.I.P., or being “black in public”. What happened to him was one of the most disturbing things I have ever seen. Cops approached him and asked for his bus ticket. Apparently they thought he didn’t have one, and had rode for free or something. He did have a valid ticket. He showed it to them. He showed them his ID. But they would not let him go. One cop kept a grip on his jacket and would not let go. The man asked why he was being detained. They gave no answer. In fact, they just stood there, holding him and not letting him leave. He pleaded with them. He asked why he was being detained. They didn’t say anything. As he tried to stand up the cops grabbed him and threw him to the ground and arrested him. He asked why he was being arrest. They said for resisting arrest. NOW HOW IN THE WORLD CAN YOU BE ARRESTED FOR RESISTING ARREST?!??! There has to be another charge. There has to be an original charge that you were being arrested for, in order for you to resist that arrest. If you have done nothing wrong, then there is no reason for you to be arrested. It is a tautological quandary. To resist arrest, you must be under arrest. To be under arrest, you must have broken a law. But to be arrested solely for resisting arrest just does not make any sense, and it is unlawful detainment. It is criminal. Cops have become militant. They are stepping on everyone’s civil liberties. They are violent. They have no respect for humanity. They have low intelligence. In fact, if you score too high on the police officer exam, they will not accept you into the academy. They are only looking for those with average or below average intelligence. That way the cops will be more compliant, and less  likely to think for themselves. And that is the last thing ‘they’ want, is for  cops to think for themselves. They want them to blindly follow orders, to be as violent as possible, and to tread on everyone’s freedom. They want their lawless antics to become commonplace, to lull society into just accepting them. They are programmed to turn America into a police state. IT IS DISGUSTING! This is not how America is supposed to be. Not one bit! Cops are paid with taxpayer money. Their duty is to serve and protect. They do none of that anymore. Their new duties include: kidnapping, torture, harassment, assault, battery, violence, stalking, illegal monitoring, and several other acts that if committed by a citizen, would be a felony. But when you have a badge and commit these crimes, you are free to do so without the least amount of punitive action against you. Please, for your sake, watch out! If you see cops acting this way, take a video!! That may be the only way to stop them. Unfortunately, I don’t think that will stop them. But it might hold them accountable for their actions. Again, I also don’t think that will happen either. But it might get you off of whatever case they try to throw at you. And maybe even get you a nice little monetary settlement in the process. When is the last time you heard of a cop being punished with anything other than paid leave and a reassignment?! Probably one in every 1000 cops who are involved in something like this. They are given a license to commit crimes against law-abiding citizens. And this has to stop.