Ag-Gag Laws: The Most Dangerous Threat To Farm Animal Welfare 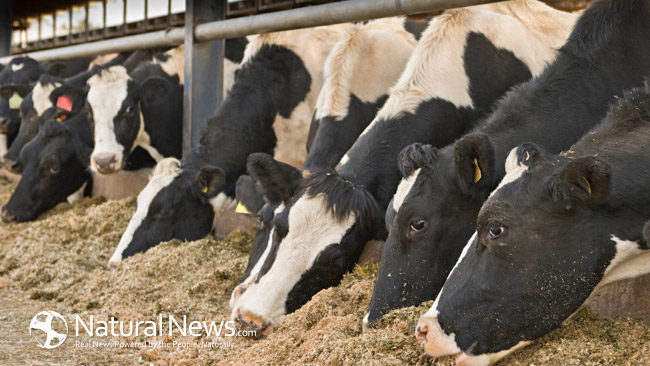 Commercial farms don’t want the public to know what they’re up to.

In the past few years, a number of bills have been introduced in the United States that are meant to prohibit the recording of undercover footage of animal abuse on factory farms. These bills, known as “ag-gag” bills, have been signed into law in several states. As of March of 2016, seven states have passed “ag-gag” laws, while bills have been defeated in several others.

Ag-gag bills have proposed different ways of deterring insider investigations, such as fines, jail time, and lawsuits. No matter their methods, they have one common goal: to make sure people can’t see what happens inside the walls of factory farms.

Defenders argue that ag-gag laws protect businesses from harm caused by investigative reporting. There is some merit to this argument. Many practices in meat production facilities are perfectly legal, if revolting. Private businesses don’t want to deal with public relations nightmares if they abiding by the laws.

It is true that having animal cruelty exposed can hurt public relations, and even the bottom line. However, companies could address these concerns by improving animal treatment standards rather than further walling off the public.

By cracking down on whistleblowers, the agricultural industry is acknowledging that even legal farming practices are appalling.

The public has a right to know about the cruelty that is legally permitted in commercial farming. It is the only way for us to decide whether these laws are truly just. But the agricultural industry apparently wants to keep these issues out of public awareness entirely.

Animals in factory farms endure a lifetime of brutal mistreatment before they are slaughtered. Beatings, electrocutions, and mutilations are an everyday occurrence. There are no federal laws in the United States that protect farm animals, and most farming practices are exempt from state animal cruelty laws, according to the Animal Legal Defense Fund.

The most recent ag-gag bill to be introduced is Arkansas’ House Bill 1665 (HB 1665). If Governor Ada Hutchinson signs the bill into legislation, businesses will be allowed to sue people who obtain illegal footage for damages.

Laws such as the one proposed in Arkansas will make it far more difficult for farmed animals to get the legal protection they deserve. Without public opposition to animal cruelty, nothing will change. And without public awareness, opposition will be weakened.

Sam writes about natural health, plant-based nutrition, and animal rights. He is the founder of Health Skeptic (healthskeptic.org), a website dedicated to rating and reviewing the latest natural health products.