7 Temples in India to Gain Enlightenment and Spiritual Beliefs 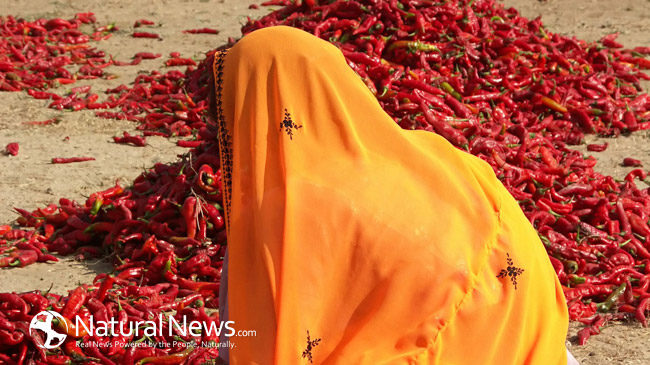 Home to sagas, heaven for devotees and paradise for vagabonds, Himalayas is the centre for all enthusiastic personas. Charismatic mountains, giddyin’ hill peaks, pious shrines and epic history, Himalaya can charm anyone naturally. In the mountains of Himalaya, one can gain spiritual enlightenment and energy to face odds of the future. Discover hidden shrines to timeless art and architecture. Mentioned below are some of the temples in Himalayas which are doorway to spirituality and adventure:

One of the ‘char dham’ in the lap of Himalaya, Gangotri is the temple where Hinduism’s most sacred Ganga River was originated. Ganga River is worshiped here with sheer devotion. Due to mythological and spiritual reason, Ganga is famous here by the name of Bhagirathi. A scenic walk beyond Gangotrialong the Bhagirathi river will make your way too charismatic Gaumukh Glacier, it is known fact that here the water of Ganges is 100 % pure and contains no impurities.

How to Reach: There are frequent bus services owned by the state government and private agencies, connecting to Gangotri. Closest railway station and airport is located in Dehradun.

Fact File: Located near Gangotri temple, JalamagnaShivalinga is a natural rock Shivling which is visible only during the winter. It is believed that this was site where Lord Shiva held Ganga in his locks.

Perched calmly in Garhwal hills on the bank of the shimmering Alaknanda River, Badrinath temple was once the official meditation retreat of Lord Vishnu. Legends say that Lord Vishnu performed meditation here for a long period of time under the shelter Badri tree. Sacred to Lord Vishnu, the main shrine is easily accessible via highway route and is major part of ‘Char DhamYatra.’ Lord Vishnu came here to perform his penance and to provide him shelter; Goddess Lakshmi took the form of Badri Tree. Till today, Badrinath attracts many yoga and meditation practitioners from across the world. Below the temple, there is a hot spring called TaptaKund. It is the holy spring water where visitors take a bath before paying a visit to the main shrine.

Best Time to Visit: April to November. Avoid visiting in the month of monsoon as the area quite prone to landslide.

How to Reach: Badrinath temple is well connected with all the neighbouring cities and town. Highway route of Badrinath is extremely scenic as one can see rugged mountains and dense forest. Nearest railway station is in Rishikesh which around 138 kms away from the shrine.

Fact File: Badrinath temple is one of five related shrines called PanchBadri, which are dedicated to the worship of Vishnu.

KedarnathMandir-Witness the most beautiful seat of Lord Shiv

Considered as an integral part of famous ‘ChotaChardham’ pilgrimage, Kedarnath is the abode of Lord Shiva and named after the famous King Kedar’s daughter who was supposed to be the incarnation of Goddess Lakshmi. Puja offered inside the temple, especially around Linga is fervent and can be quite intense. Triyuginarayan, a unique site nearby the main shrine is the place where Lord Shiv married Goddess Parvati. Thousands of pilgrims make their way to Badrinath temple for the Shivaratri Festival. This seat of Lord Shiva is one of the 12 jyotirlingas. Embark on a journey to Kedarnath temple and take a real test of faith and devotion.

How to Reach: The temple is easily accessible through road via the major cities like Delhi, Bangalore, Chandigarh, etc. You can also opt for train journey till Haridwar. Main trekking route starts from Sonprayag and leads to Kedarnath via Vasuki Tal.

Fact File: It is believed that this was the temple here Lord Shiv appeared for the first time in front of Pandavasin order to seek forgiveness for the sin of killing their cousins. The Kedarnath temple is over 1000 years old.

Spiritual aura oozes in every nook and corner of Yamunotri which act as balm to soothe the soul. Situated at an elevation of 3293 m in Garhwal Himalaya, this is the place where 100% pure Yamuna water can be found. The temple lures millions of people because of its salubrious ambience, glaciers and spring thermal making it as one of the most sought after pilgrimage sight in India. The religious shrine is a perfect place to be for those who are in search of escapades. Yamunotri attracts millions of people from around the world to wash off their sins. Yamuna is the second largest and one holiest river in India after Ganga. Yamunotri is also a part of Char Dhamyatra.

How to Reach: Yamunotri is easily accessible through bus and car. Nearest railway station and airport will be in Rishikesh and Dehradun respectively. Helicopter service is also available till Yamunotri from Dehradun.

Interesting Facts: There is a hot spring water body called Surya Kund nearby Yamunotri glacier. The water of the spring is so hot that one can cook here food within a fraction of few minutes. Unique thing about this hot spring is that the regular rice Prasad which is served in the temple is made here only.

Amarnath Cave Temple- En route on a journey to remember

People from around the world are ready to undertake the journey of Amarnath just to see holy lingam found within the Amarnath Cave. The interesting part about the lingam is the fact that it is formed naturally, without any interference. Journey to the main shrine starts from magnificent Srinagar or picturesque Pahalgam. People who can’t for long can avail helicopter facility. For those who prefer to travel on foot, the journey may be arduous but it has its advantages – breathtaking views of mighty snow-clad mountains, Rolling Meadows, and stunning vistas.

All thanks to the spiritual and magical componen0074s, Amaranth is probably one of the most significant Hindu shrines in the world. What makes this place so unique? As per mythological believes, Lord Shiva used to stay in this isolated land with Goddess Parvati. During their stay, Lord Shiva shared with Parvati a secret behind the creation of universe and immorality. Nobody else on this earth but a pair of pigeon heard about this story and they become immortal. As per the pilgrimages and the temple authority, those two pigeons can be spotted this high altitude and chilled mountain range.

Interesting Fact: Amarnath cave is believed to be 5,000 years old.

How to Reach: Jammu is the place where tourists can reach for the railways and airways route for Srinagar. Consistent bus and taxi services are available from Jammu.

Devbhumi Himachal Pradesh presents innumerable options for visitors who are looking for serenity and piousness. ShriBajreshwari Devi Temple in Kangrais a treasure in the folds of the Himalaya. The temple is sacred to a Bajreshwari Malta who was the manifestation of goddess Parvati. It is believed that here Bajreshwari Malta killed a demon called Kalikala with a Vajra (thunderbolt or a sceptre studded with diamonds) which she later presented to Indra. The temple was once storehouse of many gems, pearls and jewellery that is why the temple was suffered many times by the hand of invaders. The shrine lures thousands of pilgrims during MakarSakranti festival.

Interesting Facts: ShriBajreshwari Devi Temple was destroyed by Mehmood of Ghazni and built a mosque on its ruins. However, the temple restored to its famed glory in 1920.

Vaishno Devi Temples-Female Form as the Supreme Being

Vaishno Devi is a famous shrine perched in the foothills of Himalaya at an elevation of 5200 feet above the sea level. Sacred to Goddess Vaishno, the temple is in the form of a cave. It is believed to be a combined form of Goddess Parvati, Goddess Lakshmi and Goddess Saraswati.There is no statue inside the temple but three natural rocks called Pindies. Tourists will have travel on a 12 km trek to reach the main shrine from the base camp, Katra. A 3 km walk from the main cave will take you to BhairavNathTemple; it is the last point of Vaishno Devi Yatra. As per the mythological facts, Vaishno Devi is incomplete without a visit to BhairavNath Temple.

Best Time to Visit: All Year Around

How to Reach: You can reach Vaishno Devi by roadways, railways and Airways. Jammu airport is the nearest airways station and Udhampur railway station in Katra is the nearest railway gauge.

Fact File: There is just one way to reach Vaishno Devi and that is via Katra. It’s a small town from which one has to receive the YatraParchi as a darshan, at Banganga point, before proceeding to the temple.

Temples perched in Himalaya are nothing less than a nature’s treasure trove. En route on a journey to the beautiful shrines mentioned above and you willbe mesmerized with the beautiful views of the valley and temple. The mountains are calling, you must go!

Zara Jones is an active independent contributor who loves to share useful insights or updates on various topics and brings great information to her readers.