These 7 Matcha Green Tea Benefits May Surprise You 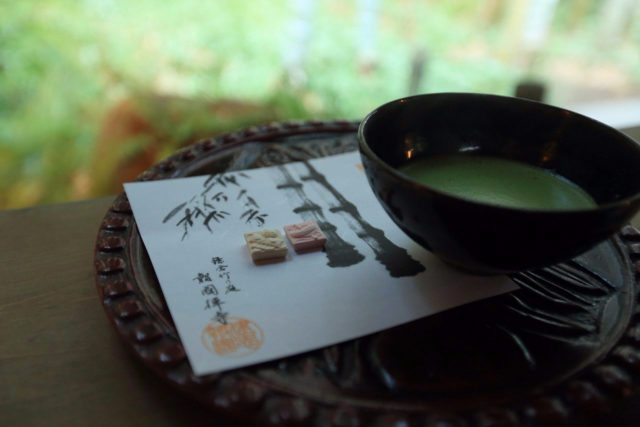 If you’re a fan of hot drinks like I am, then you probably know that Matcha Green Tea is considered to be one of the healthiest among all drinks.

But have you ever wondered what’s Matcha green tea is anyway and why so many people are suddenly taking an interest in it? Well, you may be surprised to learn that this variety is said to be the highest quality powdered green tea available.

This ‘miracle elixir of the Far East’ is now rapidly gaining popularity in the Western nations and is now being heralded to be a superfood that is among the most powerful on the market today.

What are its benefits? Let’s find out.

As we all know, antioxidants are said to be the type of nutrients and enzymes that fight off the negative effects of the environment on our body. The most beneficial characteristic of Matcha is that it provides almost 10 times as many antioxidants in just one bowl than many other foods like green veggies, raw fruits, etc. This tea also has the highest oxygen radical absorbance capacity, making it the best antioxidant rich superfood.

What sets green tea apart from many other similar foods is that it contains a specific set of compounds known as catechins, which is considered to be the most potent among antioxidants. As we all know, not all antioxidants are equal and not all of them yield equal health benefits. However, Matcha green tea has a specific type of catechin called epigallocatechin gallate or EGCg that is widely recognized for its cancer-fighting properties.

Scientists have found out that this tea variant contains more than 100 times EGCg content than any other one can find on the market.

It is said that the samurai of medieval and early-modern Japan consumed Matcha green tea before heading into battle because of its energizing properties. While it is commonly known that all types of green tea contain caffeine, the Matcha variety is largely unique due to its combination of other nutrients. Thanks to the effects of L-Theanine, those who drink Matcha can experience increased endurance for up to 6 hours.

Since time immemorial, Chinese Taoists and the Zen Buddhists of Japan have been using Matcha green tea as a means to calm their mind and enter a state of meditation. The higher state of consciousness is achieved thanks to the amino acid called L-Theanine that increases the production of alpha waves in our brain. This leads to a state of conscious relaxation without the inherent feeling of drowsiness that people experience with other substances.

Another incredible effect of L-Theanine can be felt due to the improved production of serotonin and dopamine. These are two chemical compounds that play a huge role in enhancing our mood, boosting memory, and letting us focus better. These are properties that can benefit everyone, especially students who are trying to memorize from textbooks. Don’t believe us? Drink a bowl of Matcha green tea and then see for yourself.

Matcha green tea is extremely popular in the weight loss industry due to its capability of increasing metabolism that helps burn calories faster. Drinking Matcha just before heading to the gym will help your body burn fat about 4 to 5 times faster than the average rate, and that too without causing any of the adverse side effects like high blood pressure and increased heart rate caused by other substances.

Because of the catechins in Matcha green tea, we can reap the benefits of its antibiotic properties to experience better overall health. Just one bowl of this tea is enough to supply your body with healthy quantities of vitamins A and C, potassium, protein, Iron, and calcium. More studies have revealed that Matcha may have the capacity to inhibit attacks of the HIV virus on human T-cells.

For those who wish to lead a healthier lifestyle, consuming Matcha green tea twice daily can lead to wonderful results. Besides, this Matcha has an amazing flavor and does not require things like milk, sugar, or lemon to make it enjoyable. Once you’ve tasted a delicious bowl of hot Matcha, you’ll never want to try out any other variety of tea again.

J.D. Phillips Runs SurvivalCrackas.com and is a contributer to HealthReporterDaily.com and lives with his family in Southern California.

When he's not online, he's usually found hiking or in the gym!