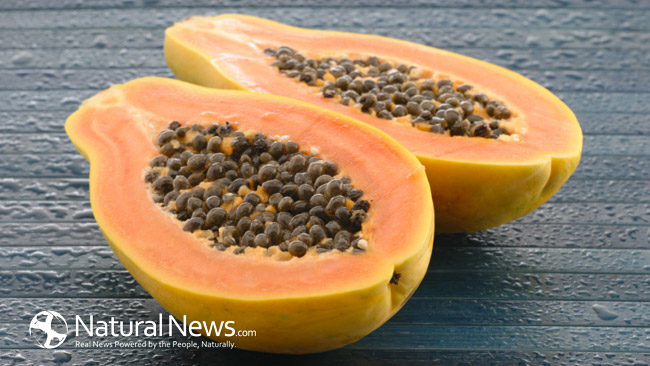 There are fewer topics in the world of food that have caused a more heated public debate than that of genetically modified organisms (GMO’s). Partly what makes this so controversial is that it lies at the intersection of many contentious subjects: animal welfare, environmental concerns, the industrialization of food production and many more. Shoppers who are wary of buying GMO products need to know what to avoid at the grocery store. Below is a list of 6 common  and otherwise healthy foods that are likely to contain GMO’s.

Generally speaking, if looking to avoid GMO’s, purchasing fruit is safe: very few fruits have been genetically modified (although, if the shopper is very concerned, buying organic fruits is always a good choice). The big exception to this rule is papayas. The chief culprits are papayas from Hawaii, where 50% of the fruit have been genetically altered.

There is a debate raging right now over alfalfa and its use for both an animal feed and for human consumption. Because of the nature of alfalfa itself, many agriculturalists and food producers believe that in the future, even alfalfa that bears the label “organic” will be contaminated with conventionally raised, GM alfalfa due to cross-pollination.

Vegetable oils are derived from corn, soy or canola oil, all of which have been genetically altered to be able to withstand the heavy use of pesticides that are an unfortunate part of modern agricultural practice. In fact, a whopping 93% of US-raised canola oil has been modified. The best way to avoid this is to choose another kind of oil or buy organic vegetable oil instead.

Squash is high in fiber and nutrient-rich as well as delicious, but many varieties like zucchini have been modified to make them more resistant to disease. Also, new evidence has come to light that some modern varieties of squash are particularly favored by cockroaches, which can mean that consuming squash brings with it a greater chance of exposure to bacteria and other disease-causing pathogens.

Veggie burgers are immensely popular and delicious alternatives to traditional hamburgers. Unfortunately, many of the commercially available ones contain soy that has been genetically modified. Buying organic veggie burgers is the best way to avoid this problem, but it is also great to make them homemade. Cookbooks like Diet for a Small Planet have wonderful recipes to try, as will any number of healthy eating sites on the Web.

Many people do not consider bread to be a health food in the first place, but even store-bought breads that advertise themselves as being whole-grain, multi-grain or whole wheat can contain GM products. The flour itself should be fine, as this tends to be GMO-free, but additives like soy or maize have frequently been modified. Consider making bread at home or buying from an organic bakery to avoid this.

Eating healthy is unfortunately no longer a simple matter of including fresh fruits and vegetables and whole grains in the diet. It is also a matter of being savvy about what products  which would otherwise be healthy- can possible contain GMO’s then finding ways to avoid them.

5 Health Mistakes that Age You