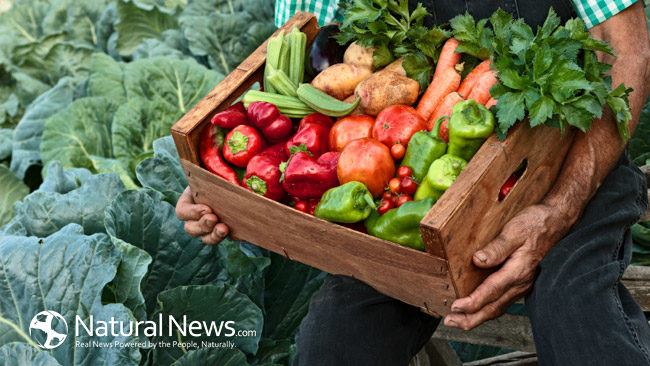 What is ALS?  From HealingALS.org:

“ALS (amyotrophic lateral sclerosis) is complex. It is defined as a progressive neurodegenerative disease that affects the nerve cells, in particular the motor neurons in the brain and spinal cord, usually resulting in death. There are different causes, different types, and different factors involved. ALS can progress frighteningly quickly or relatively slowly. It is also known in much of the rest of the world as MND, or Motor Neuron Disease.”

Most people reading this may be familiar with the Ice Bucket Challenge.  While it certainly raised awareness for those with ALS, the question is where will the reportedly $114 million raised go towards?  According the the president of the ALS Association, “the money will go to research in hopes of finding a cure to the deadly and debilitating illness.”

But, what exactly will this “research” entail?  Will it be research in nutritional programs, detoxification, dietary supplements or other means that have shown to slow down the progression or reverse ALS symptoms?  Fat chance.  According to 20 year ALS survivor and ALS research scientist, Dr. Craig Oster, the ALS Association has repeatedly rejected his pleas for a discussion regarding how ALSA’s high sugar and junk food dietary recommendations are not in alignment with nutritional biochemistry science examined in relationship to ALS scientific research.

ALS patients following ALSA dietary guidelines “consume twice daily shakes, including sugary Ensure, ice cream, chocolate syrup, and Oreo cookies”.  But, regarding what the ALSA defines as research, professional wrestler Lance Storm points out that it is likely going to fund Big Pharma.  Storm says, “You are helping cover the cost of [Big Pharma’s] research and development programs to allow them to make higher profits…They create new drugs to treat diseases, and when they find a new treatment they patent it and sell it back to you at a huge profit.”

The sad truth is “non profit” organizations collect money from well meaning individuals for companies with huge profits.  If they did find a pharmaceutical cure, are any of us naive enough to believe these companies will donate their drugs to ALS patients?  Of course not.

Fortunately, a group of wonderful folks have been working to raise awareness on curing ALS naturally and they are doing this by interviewing those who have actually done it.  That’s right.  The “incurable” disease has been slowed, reversed and even cured.  And, the ALS Association isn’t talking about it.

Here are 5 natural ways individuals with ALS have stopped the progression of this disease and even reversed its symptoms:

Regarding ALS and detoxing, this article states it best: “Detoxification is vital given there is considerable and growing evidence that environmental toxins play a major role in numerous neurological disorders including ALS, Alzheimer’s Disease, Parkinson’s Disease, and Multiple Sclerosis.

Exposure to environmental toxins, including toxic metals and chemicals, is known to produce neuro-degeneration. These toxins MUST be eliminated in order for the body to begin a regeneration process.”

Dr. Mark Hyman provides a good 3-step plan to help rid your body of heavy metals (located at the bottom of his article) and, of course, those with ALS will want to avoid food found containing high levels of heavy metals.

Despite studies showing a connection between pesticides and ALS, the ALSA only mentions this in passing by making an odd connection with pesticides used on athletic playing fields and not researching a connection of humans ingesting these toxins through food and drink.  Eating organic is the number one way to avoid the most toxic of pesticides.  One study highlights that children who ate organic for two weeks showed no detectable levels of pesticides in their urine compared to the much higher levels during the periods they didn’t eat organic.

As I pointed out in my previous article, despite sugar being linked to numerous health issues, the ALSA recommends people with ALS drink highly processed beverages loaded with sugar to maintain weight.  Dr. Craig Oster wrote an article touching the tip of the iceberg of why this is horrible advice.  Maintaining a strong immune system is vital to keeping disease at bay for every person.  Processed sugar from cane and beets is one the quickest ways to lower our natural immune defenses.

ALS survivor Butch Machlan credits his reversal of ALS symptoms to eating 9 tablespoons of coconut oil a day (he also used a magnesium chloride supplement).  Although no studies have been done confirming a direct correlation to coconut oil reversing ALS, a 2012 report by Informa Healthcare breaks down the available data related to the coconut oil/ALS connection which suggests Butch Machlan’s self assessment is likely correct.

5. Self Love and Forgiveness

When I had the chance to interview Rev Dr Evy McDonald, she went into details about how she eradicated her ALS symptoms only after she made a conscious effort to forgive and love herself.  Evy was diagnosed with ALS in 1980 and lives a healthy life without limitation from the so-called “incurable” disease which she was given as a death sentence from over 30 years ago.

ALS is NOT a death sentence

This, of course, is a very condensed version of the information available on this extremely important, yet minimally covered topic.  None of the above in itself is a “magic bullet” to cure ALS, but has rather been testified by ALS survivors who have used these techniques in combination with other methods and wish to share this information with others who may be suffering.

ALS survivor Steven Shackel created a website in the 90’s which has helped thousands with ALS minimize symptoms and go one to lead normal lives.  It’s vital that medical doctors stop giving patients the 2 to 5 year death sentence as this has been proven over and over again to not be an absolute truth.

Here’s how you can spread this information far and wide

Sadly, countless people suffering from this horrible disease are unaware of the information that is widely available from these wonderful people who have survived ALS and are thriving.  Health Advocates Worldwide has had the opportunity to interview numerous ALS survivors, doctors and other experts on this topic and are putting this research into a documentary film and a book!  Their campaign to raise funds is in it’s final days.

Please, click this link to donate to the the film and share the project with your loved ones.  Also, you can check out the links below to listen to the three part series I did for Health Conspiracy Radio on curing ALS naturally with the the film makers and some of the ALS survivors who will be featured in the film.

Nick Brannigan is a radio host, author, public speaker and consciouspreneur. Nick's radio show, Health Conspiracy Radio, can be listened to every Tuesday on NaturalNewsRadio.com. He is also the editor of HealthConspiracy.com