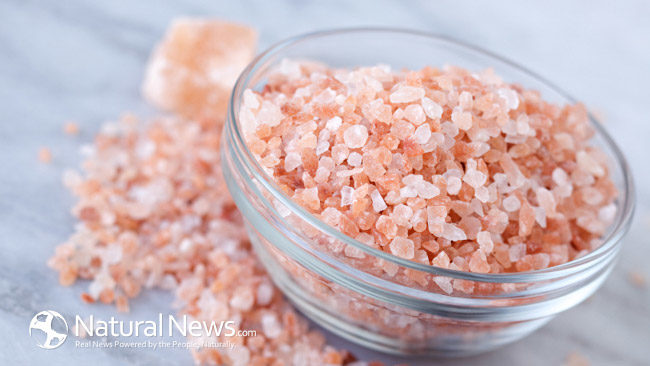 Most people, who had grown up hearing that low-sodium diets are ideal, may be surprised to learn that salt has any benefits, other than adding flavor to food. However, what most people use is highly refined and processed table salt which has little mineral content. There are, however, healthier and more natural alternatives to table salt and these are discussed below.

The term table salt refers to the bleached-out, highly refined salt that most people use for everyday cooking. It is a highly processed commodity and in that processing, most of its mineral content has been removed. It also has had iodine added to it (to help prevent iodine deficiencies) as well as chemical anti-caking agents to keep it flowing freely. Below are four natural alternatives to table salt.

Sea salt is, as the name suggests, made from evaporated sea-water. It is less refined and processed than ordinary table salt and still retains many of its trace minerals such as iron, zinc and potassium. The darker the sea salt, the higher level of healthful minerals you will get. However, keep in mind that due to pollution in the oceans, sea salt can also sometimes contain trace amounts of heavy metals, too.

Harvested in Pakistan from one of the largest salt mines in the world, this pink salt gets its color from trace amounts of iron. It also contains other minerals like calcium, potassium, iron and magnesium, which makes it, like sea salt, more nutrient rich than regular table salt. It also is more healthful because it contains less sodium than table salt does.

Still used in Jewish kosher (clean) food practices, the biggest difference between kosher salt and table salt is the texture: kosher salt tends to be coarse and flaky. This makes it easier to spread over food and can feel and taste different when you eat it. Kosher salt is also less likely to have added iodine or anti-caking agents than table salt.

Celtic salt, which first became popular in France, has a distinctive light-gray appearance and because it still contains some water, is quite moist compared to the other salts mentioned here. It, too, has a higher mineral content (iron, zinc, etc.) and lower sodium content than its table salt counterpart and also has a distinctive flavor which made it so popular in French cooking.

The biggest benefits derived from using natural salts are the lower sodium levels (which will reduce the negative impacts of salt like raised blood pressure or water retention) and a high mineral content which can help combat nutritional deficiencies in the modern diet. Most people, once they get used to natural salts, find that the distinctive flavors of those salts are a big bonus as well!