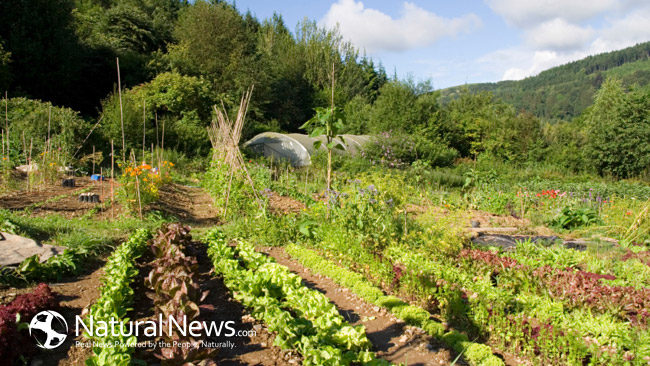 Agriculture has changed dramatically since the dawn of the Industrial Revolution. 300 years ago, the vast majority of the world’s farms were subsistence operations — farmers raised crops to feed themselves and their families, devoting whatever land they had left over (often little or nothing) to cash crops that they could sell at the market. The most popular cash crops of yore were either edible delicacies or inedible raw materials, like cotton and tobacco.

Fast forward to the present. An 18th-century farmer dropped in the middle of Nebraska or California’s Central Valley would be dumbfounded by the scale and efficiency of modern agriculture. These days, we have more than enough to eat — to the point where most farmers are millionaires who pay others to work the land for them.

Unfortunately, our bounteous agricultural system has serious ecological impacts that threaten the planet’s long-term health. Now more than ever, we need large-scale solutions that turn back the deleterious tide of industrial farming and ensure that our grandchildren grow up with the same standard of living we currently enjoy. Collectively, these four sustainable farming techniques might just provide the answer.

Integrated pest management is a gentle, eco-friendly technique that effectively mitigates harmful crop pests without causing undue harm to surrounding soils and waterways. Broadly defined, IPM is a set of practices that produces maximal pest-reduction benefit with minimal environmental harm. In practice, it overlaps with a wide range of other eco-friendly farming techniques, including multi-cropping, crop rotation, pest monitoring, and predator introduction and management.

One of the biggest issues with modern agriculture is the so-called monoculture: the practice of growing a single crop across a broad (often  measured in hundreds or thousands of acres) area. In the rural Midwest, for instance, square mile after square mile consists of little else but corn and soybeans. In Florida, orange and strawberry groves stretch on for similar distances. To combat monocultures, farmers are increasingly dependent on managed ecosystems that include non-crop plants, pest-killing organisms and even soil-enriching scavengers like native beetles, worms and fungi.

Crop rotation is an age-old practice that’s fallen out of favor since the introduction of the monoculture. There are many different ways to rotate crops, but a common approach uses three different crops, plus an inedible off-year “cover,” in four successive growing seasons. In warm climates, it’s possible to multi-crop — squeezing two, three, four or even more harvests into a single year. This practice dramatically improves soil health and reduces the risk of a single pest devastating an entire crop.

Cotton isn’t just for T-shirts and jeans anymore. It’s a surprisingly versatile crop whose components are finding new life as adhesives, cooking oil and who knows what else.

Cotton is also among the most sustainable commercial groups available, thanks to its impressive drought tolerance (a particularly big advantage in the cotton-heavy farming precincts of the American Southwest) and genetic resistance to key pests (requiring lighter pesticide applications — or none at all). Farmers who rotate cotton into their fields do their neighbors a favor.