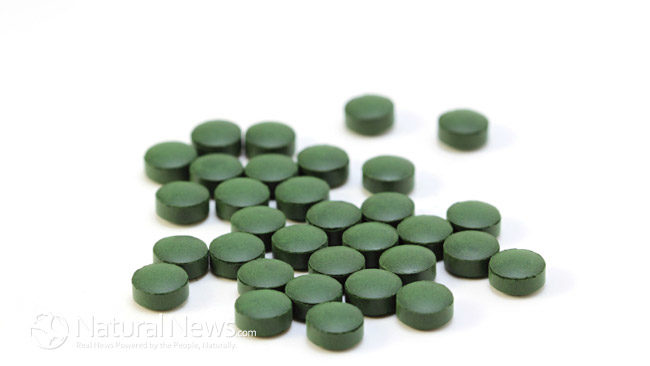 This is a list of the most powerful radiation detoxification and defense sources based primarily off the research of nutrition expert David Wolfe. While there may be other foods, herbs, and remedies that help as well, these seem to be the most impactful.

Boron is a nutrient that works by squelching the neutrons that radioactive particles excrete once in the body. If uncontained, these neutrons can cause runaway radioactive burning, resulting in severely damaging oxidation reactions. Wolfe recommends taking 4-10mg of boron per day to help drive off this debris from nuclear contamination.

While a nutritional powerhouse in its own right, with a high antioxidant content for fighting radiation-induced free radical damage, chlorella has also been used to help transport radioactive particles out of the body with its unique cell wall structure, which is actually more well-known for transporting heavy metals out of the body.

Aloe vera can mitigate the skin damage caused by external radiation burns, and help reduce some of the damage done internally when consumed as well. One full fillet of aloe vera for consumption is recommended.

Iodine is the most touted anti-radiation substance, sold most commonly as potassium iodide, for its protective effects on the glandular system. Iodine is a halogen, like chlorine, fluorine and radioactive iodine, and when the body is saturated with iodine, it preferentially uptakes iodine instead of the harmful halogens, resulting among other benefits, a defense against the uptake of radioactive iodine.

Medicinal mushrooms like reishi, chaga and maitake have compounds called beta glucans that can soothe the internal burns caused by radioactive isotopes. In addition, they are proven cancer-fighters, important since the most common side effect of radiation exposure is cancer in various forms. Reishi, for example, is well-documented for its ability to increase white blood cell count and raise anti-cancer and anti-tumor activity by activating interferons and tumor-necrosis factor in the blood.

When consumed, bentonite clay can absorb and detox radiation internally, so long as the elimination channels are relatively clear, meaning so long as you can eliminate on a regular basis.

Zeolites are similar to bentonite clay in their ability to absorb and detox radioactive substances, by locking them up until they exit the body through elimination. Zeolites are so effective that Chernobyl was initially sprayed with a foam comprising zeolites and boron (next on the list), and fortunately, zeolites are just as effective when consumed.

Ginseng has been proven to help the body recover from the damage of radiation poisoning. One research study showed that ginseng sped the healing of irradiated subjects as measured by bone marrow, skin, internal organ, and blood cell count improvement.

Fulvic acid has the ability to fight some of the effects of radiation by facilitating the detoxification of radioactive debris from the body. Along with iodine, it’s been one of the more popular supplements used in Japan since the Fukushima crisis began.

Full-spectrum sea salt, particularly Himalyan and Celtic sea salt, have the ability to drive off radioactive elements. A research study on the aftermath of the Hiroshima and Nagasaki nuclear bombings showed that people who ate saltier, and thus more mineral rich, foods, were more protected from the damage of radiation.

MegaHydrate and Crystal Energy are natural antioxidants created by Dr. Patrick Flanagan. Specifically, the product is a source of negatively charged hydrogen ions connected to silica, which has the ability to drive radiation off out of the body.

Astragalus is beneficial for the thyroid and according to Chinese medicine, strengthens the lung meridian, which is critical in protecting yourself from the effects of breathing in radioactive isotopes.

Selenium has a well-documented ability to mitigate the harm of radiation exposure, backed by research on its ability to help cancer patients survive the damaging radioactive side effects of chemotherapy.