14 Natural Antibiotics And Antibacterials That Should Be In Every Home 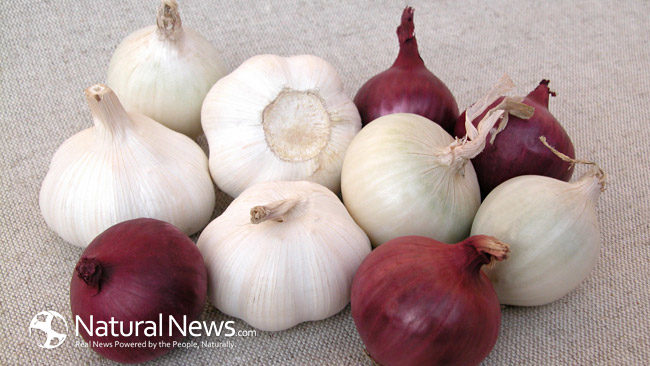 There is no doubt that antibiotics are truly a wonder of modern medicine but over the last several decades, over-use of antibiotics has reached an all-time high. As a result, super-bugs have developed that are resistant to all but the most powerful drugs, whose side effects are often dangerous. Most people are unaware, but virtually all pharmaceutical medications originally came from the plants of the Earth.

Instead of waiting until you get sick or discover that drugs don’t work on whatever strain of virus or disease you have, you can start building up your immune system in advance. You need foods, natural foods that will help foster a healthy immune system while annihilating bacterial invaders.

14 Organic Antibiotics And Antibacterials That Should Be In Every Home!

Vitamin C can be found in a wide variety of fruits including oranges and pineapples. It is known for its ability to strengthen the immune system —that is why orange juice is so relieving when you’ve got a cold.

Echinacea was very popular in the USA during the 18th and 19th centuries, but its use began to decline after pharmaceutical antibiotics were developed. Taken at the onset of an infection, echinacea can speed the healing process. Echinacea is most effective when taken as a tincture over a long period of time.

Goldenseal’s natural antibiotic property works well for both topical and internal bacterial infections. Goldenseal contains a compound called berberine that helps kill many types of bacteria that cause many health problems.

Calendula can be used in first-aid to heal wounds, prevent infection and treat pink eye. Calendula can be prepared a few different ways, including infusions, tinctures, lotions and ointments. No known precautions.

Antibiotic; upper respiratory ailments, toothaches. Colloidal silver has been reported to kill well over 600 different germ strains while most over the counter antibiotics are only effective against a few. Can also be used for ear and sinus infections.

Raw honey is one of the best natural antibiotics available. The unique property of honey lies in its ability to fight infection on multiple levels, making it more difficult for bacteria to develop resistance.

Horseradish helps your body defend itself against potential illnesses. It also promotes healthy blood circulation and has antibiotic properties when broken down in the stomach. Horseradish can treat everything from urinary tract infections to kidney stones and bronchitis.

Garlic is one of the most powerful anti-microbial foods you can eat. It contains several components that will fight against yeast, fungus, worms and even candida overgrowth.

Pineapple contains an enzyme called bromelain, which is helpful for digestion but is also anti-microbial. It has been used as a mouth wash to kill invading cells in the mouth and throat.

Many study found that grapefruit seed extract (GSE) effective against more than 800 forms of viruses and bacteria, more than a hundred strains of fungus, and many parasites. High in many antioxidants, GSE boosts immunity, alkalizes the body naturally, and aids in digestion by improving your beneficial gut flora.

This strong essential oil is more anti viral than antibacterial. However, it is quite effective in treating a host of skin and vaginal infections caused by bacteria. Tea tree oil can be applied on the skin or smeared inside the vaginal canal for destroying bacterial action.