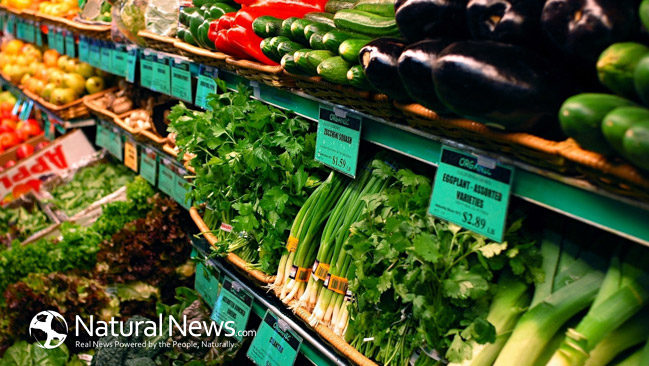 The Environmental Working Group publishes an annual “Dirty Dozen” list of the most contaminated supermarket foods.  This list is important because according to its research, you can reduce your pesticide exposure by as much as 80 percent by avoiding the foods on this list.  Regular consumption of the produce on this list an expose you to ten different pesticides per day on average, while concentrating consumption on the 15 cleanest conventional produce will only expose you to two.

While the list makes marginal changes each year, below are the 14 foods that perennially tend to appear.  Even on those years they don’t, these should still be avoided, and bought organic if consumed.

Below is an excellent summary by Joanna Dologoff, M.D., not only listing these 14, but explaining succinctly why they’re so harmful in conventional, non-organic form.

A recent USDA Inspector General report found that the government is failing to even test meat for the harmful chemicals the law requires.

Raising animals with conventional modern methods often means using hormones to speed up growth, antibiotics to resist disease on crowded feed lots and both pesticides and chemical fertilizers to grow the grain fed to the animals. Additionally, it takes many times the water and energy to raise one meal’s worth of meat than it does one meal’s worth of grain.

To meet USDA standards, certified organic meat can come only from animals fed organic feed and given no hormones or antibiotics. Searching out cuts from grass-fed animals ensures that you’re eating meat from an animal that was fed a more natural diet, and looking for a local source of meats lets you question the farmer directly about the animal’s diet and the farmer’s method of raising it. It cuts down on the environmental cost of transportation, too.

Pesticides and other man-made chemicals have been found in dairy products — milk is of special concern because it is a staple of a child’s diet. Organic dairies cannot feed their cows with grains grown with pesticides, nor can they use antibiotics or growth hormones like rGBH or rbST.

Celery has no protective skin, which makes it almost impossible to wash off the chemicals that are used on conventional crop making celery rank number one in the 2010 analysis, up from number four in 2009.

Multiple pesticides are regularly applied to these delicately skinned fruits in conventional orchards.

If you buy strawberries out of season, they’re most likely imported from countries that use less-stringent regulations for pesticide use.

Like peaches, apples are typically grown with the use of poisons to kill a variety of pests, from fungi to insects. Scrubbing and peeling doesn’t eliminate chemical residue completely, so it’s best to buy organic when it comes to apples.

New on the Dirty Dozen list in 2010, blueberries are treated with as many as 52 pesticides, making them one of the dirtiest berries on the market.

With 33 different types of pesticides found on nectarines, they rank up there with apples and peaches among the dirtiest tree fruit.

Peppers have thin skins that don’t offer much of a barrier to pesticides. They’re often heavily sprayed with insecticides.

New on the list for 2010, spinach can be laced with as many as 48 different pesticides, making it one of the most contaminated green leafy vegetable.

Traditionally kale is known as a hardier vegetable that rarely suffers from pests and disease, but it was found to have high amounts of pesticide residue when tested.

Even locally grown cherries are not necessarily safe. In fact, in one survey in recent years, cherries grown in the U.S. were found to have three times more pesticide residue then imported cherries.

America’s popular spud reappears on the 2010 dirty dozen list, after a year hiatus.