Zimmerman verdict: NOT GUILTY – stay off the streets, everyone, and prepare for riots 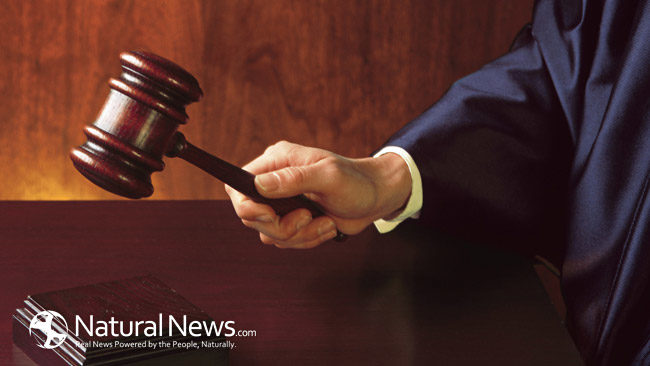 (NaturalNews) The verdict is in on the Zimmerman trial: NOT GUILTY. The jury found that Zimmerman acted within his right of self defense when he shot and killed Trayvon Martin. He is being fully acquitted.

This bulletin isn’t about the trial itself, nor the merits of the verdict. This is about urging all Natural News readers to stay off the streets tonight and for the next few nights, because there are huge numbers of people who say they’re going to RIOT if the verdict comes back “not guilty,” and now that moment has arrived.

If you are a white person (or even an Hispanic, which the media now calls “white” for some reason), you may now be racially targeted by radical gangs or mobs who did not agree with the outcome of the trial and who seek to take it out on other innocent people. I have never seen the kind of racially-charged, violent vitriol now being witnessed surrounding this trial. As a shocking example of this, watch this video of some Black Panther members who call Zimmerman a “no good Jew” and claim to have an army of 10,000 black men ready to seek justice.

Also see people threatening to engage in “mass homicide” (mass killings) if the verdict came back not guilty:
http://www.nydailynews.com/news/crime/tensions-run-high-awaiting-zimm…

I urge all Natural News readers, regardless of your race, your beliefs, or the color of your skin, to STAY HOME after the verdict. Don’t become a victim, and don’t take part in any riots or violence. I also encourage you, as I’m a staunch defender of the right to self defense, to pack a loaded gun in your home and have it ready that night, assuming you don’t have children running around your home and also assuming that possessing a gun in your home is legal (which it is in most states). This is just in case the riots get out of hand and angry mobs start pulling people out of their homes. It’s unlikely, but if they do, you can forget about calling 911. They almost certainly won’t be able to respond.

Remember: This is for you to protect your family, your person, your home and your property. I specifically do NOT want you to take a gun out of your home and run around the streets looking for trouble. Stay home, stay armed, be smart and chill out. Exercise your right to self defense with a sense of responsibility and maturity. At the same time, do not be afraid to assert your right to protect your life, your family and your property against aggressors who intend to cause harm.

This Zimmerman trial has been, from the very beginning, about racial division. The media has been trying to use it so spread hate and distrust among blacks, whites and Hispanics, and to a large degree they’ve succeeded. If you participate in any of that hatred or violence, you play right into their hands and only worsen a situation that’s already disastrously bad.

This is a time to call for non-violence and peace among all people. More violence will only breed more hatred, more homicides and more court cases. Where does the cycle of violence end if not with us?