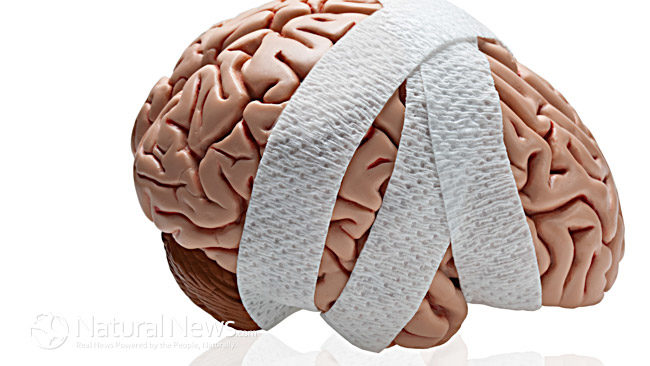 Every day of every year, people across the fruited plain engage in do-it-yourself brain damage. Sadly, we have no idea what we’re doing..

How can this be? I’m so glad you asked.

First, some background: Along the bottom of the brain is a small, sort of pancake-shaped thingy called the hypothalamus. And although it’s considered part of the brain, it’s not protected by the blood-brain barrier that keeps most of the bad stuff out of our brains. So it’s vulnerable and pretty much defenseless.

In short, the hypothalamus controls pretty much everything that happens in our bodies. Getting it out of whack lets the bad times roll!

So what gets the hypothalamus out of whack? Well, I could go on forever about that, but most of the problem comes from what we eat and drink, which we can control, so let’s talk about that.

A big problem is excitotoxins. And what are those? An excitotoxin is something that revs up the hypothalamus, which causes brain inflammation–and lets loose all kinds of chaos in our endocrine and nervous systems, usually slowly and silently.

Hypothalamic damage can also lead to obesity. And it’s tied to autism.

Baby food companies took MSG out of baby food for a while, but now it’s back. If the vaccines don’t get them, the MSG will. Sheesh!

Right after World War II, monosodium glutamate was isolated from the Japanese sea weed kombu, also known as sea tangle, by stripping away all the enzymes, minerals and other pro-health parts. Now, some sixty years later, it’s in most prepared foods, under a variety of names, pretty much everywhere: At your local grocery store, as fast food, and also in most food served at chain restaurants. (Their packages of prepared food arrive from the home office with MSG already in them. Then their menus piously say, ‘We add no MSG to our food.’ They don’t have to add it; it’s already there.)

Soy, a bad idea for a lot of reasons (such as estrogen dominance), is about 60% MSG by nature, so watch for that on the label. The word ‘hydrolized’ in the ingredient list is a MSG tip-off, too, as is ‘autolyzed.’ Even ‘spices,’ ‘artificial flavoring’ and ‘natural flavoring’ can be used as a cover-up. And they’re hoping you don’t find out.

MSG should be banned, regardless of what they call it, but until and unless that happens, you have to protect yourself by avoiding MSG as best you can.

Want a little more excitement? Glutamate is part of every injection given–to babies, to old folks trying to avoid the flu, to everybody who gets a shot. One statistic says those getting an annual flu shot five years in a row, starting at age fifty, double their risk of dementia.

Glutamate is not your friend.

And then there’s aspartate, from which they create aspartame. It arrives in our bodies via diet sodas and the little blue packet. Sodas are loaded with the stuff. It’s in sugar-free chewing gum, too. Aspartame should also be banned, but don’t hold your breath.

About the author: Bette Dowdell defines determination. In a really deep health ditch, with doctors who didn’t help, she got her Oh-Yeah! attitude in gear and researched her way out. She never intended to be a health expert, but sometimes a girl’s gotta do what a girl’s gotta do. Subscribe to Bette’s free e-mails on how to solve health problems at http://TooPoopedToParticipate.com