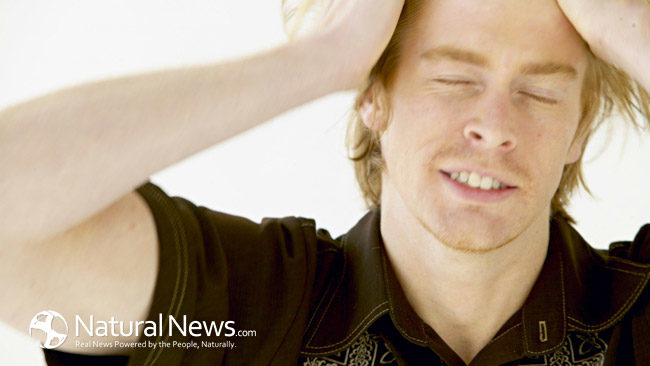 Used as an active ingredient in engine coolants and antifreeze; airplane deicers; polyurethane cushions; paints, enamels and varnishes; and in many products as a solvent or surfactant

The substance may be toxic to central nervous system Do not ingest Do not breathe gas/fumes/ vapor/spray. Wear suitable  protective clothing. In case of insufficient ventilation, wear suitable respiratory equipment. If ingested, seek medical advice immediately and show the container or the label.

Personal Protection: Splash goggles. Lab coat. Vapor respirator. Be sure to use an approved/certified respirator or equivalent. Gloves.

May affect genetic material (mutagenic). May cause adverse reproductive effects and birth defects (teratogenic) based on animal test data.

Millions of babies all over the world were eating baby foods containing large amounts of MSG and hydrolyzed vegetable protein (a compound which contains three excitotoxins).

(Only a couple steps of the processing of MSG)

Acesulfame Potassium may be safely used as a general-purpose sweetener and flavor enhancer in foods generally. Containes flroride and lead

Acesulfame-K may contribute to hypoglemica.

People suffering from diabetes might think this compound is best for their taste buds but excess usage of this compound may stimulate the release of insulin and result in hypoglycemia. Mental confusion, liver and kidney problems, headaches, depression, nausea, dizziness, visual disturbances, etc. are some of its other side effects.

In the production of Acesulfame K, Methylene Chloride – a carcinogenic compound, is used. This may result in the development of cancerous cells. Research on rats has revealed that it may result in lung and breast cancer.

The 1970s tests of acesulfame—two tests carried out in rats and one in mice—are inadequate to establish lack of potential carcinogenicity. Here are a few reasons why the tests are inadequate

Prolonged or repeated ingestion may affect the liver (liver degeneration)and kidneys (nephropathy), and may cause weight loss.

Red 40 is the FDA-approved version of Allura Red, which was first produced by Allied Chemical Corp. It is approved for use in beverages, bakery goods, dessert powders, candies, cereals, foods, drugs, and cosmetics and, in terms of pounds consumed, is by far the most-used dye

Red 40, Yellow 5, and Yellow 6 contain Benzidene, a human and animal carcinogen permitted in low, presumably safe levels in dyes. The FDA does not test for bound benzidine when it certifies the purity of dyes. Signs and Symptoms of Exposure: Liver injury may occur., Kidney injury may occur., Blood disorders, Nausea, Vomiting

Benzidine has been shown to cause bladder cancer and is a mutagen, may cause genitic changes

Red 40 proved positive as an allergin. Possible carcinogen contaminent include p-Cresidine. There is evidence, albeit controversial and inconclusive, that Red 40, the most widely used dye, accelerates the appearance of tumors of the reticuloendothelial system in mice. No tumors were found in the only good study (per the FDA)

It also may accelerate the appearance of immune-system tumors in mice. The dye causes hypersensitivity (allergy-like) reactions in a small number of consumers and might trigger hyperactivity in children.

Red 40 was negative in the majority of genotoxicity assays performed, but positive in the in vivo comet assay in the glandular stomach, lungs, and colon of mice (Sasaki, Kawaguchi et al. 2002). That indicates that Red 40 can cause DNA damage in vivo

52 patients suffering from urticaria and angioedema for more than 4 weeks were placed on a 3-week elimination diet. Red 40 administered orally in doses of 1 or 10 mg induced a hypersensitivity reaction in 15% of the patients who were generally symptom-free at the time of provocation (Mikkelsen, Larson et al. 1978).

Dr. M. Adrian Gross, a senior FDA pathologist, concluded that there was clear evidence to support an acceleration effect of RE tumors because there was a decreased latency period without a corresponding increase in overall tumor incidence

“Considering the safety questions and its non-essentiality, Red 40 should be excluded from foods unless and until new tests clearly demonstrate its safety.”

Emergency Overview: CAUTION – Harmful by inhalation and if swallowed.

Precautions to Take in Handling or Storing: Do not ingest or take internally.

Consult an expert on disposal of recovered material and ensure conformity to local, state, and federal disposal regulations

Do not ingest. Do not breathe dust. If ingested, seek medical advice immediately and show the container or the label.

EINECS: This product is on the European Inventory of Existing Commercial Chemical Substances

FD&C Blue No. 1 may be safely used for coloring foods (including dietary supplements)

FD&C Blue No. 1 or Brilliant Blue, 9 is a water-soluble coloring used in many baked goods, beverages, dessert powders, candies, cereals, drugs, and other products. Blue 1 received FDA approval for general use in foods and ingested drugs in 1969. Also it contains Arsenic and Lead

Test tube study found inhibition of nerve-cell development. Blue 1 may not cause cancer, but confirmatory studies should be conducted.

Blue 1 is classified as an allergin. One abstract study on mice reported kidney tumors. The dye can cause hypersensitivity reactions.

Blue 1 is not susceptible to breakdown by intestinal microbiota, but up to 5% is absorbed via the GI tract However, Blue 1 caused chromosomal aberrations in two studies (Ishidate, Senoo et al. 1974; Hayashi, Matsui et al. 2000).

Rowland performed a chronic toxicity/carcinogenicity study on Blue 1 in 48 males/group and 50 females/group of mice. The mice were administered 0, 0.015, 0.15, or 1.5% Blue 1 in their diets for only 80 weeks. Seven out of the surviving 30 male mice in the 0.15% group had kidney tumors compared to only 1 kidney tumor in the 44 surviving controls. Females in the 2% group had a significant decrease in terminal mean body weight (15%) and decreased survival compared to controls.

Blue 1 might possibly have potent effects, and it might take only a small absorbed amount to affect a child’s brain development

A review by the IARC of a study (published only in abstract form) states that male mice had a statistically significant increased incidence of kidney tumors in the mid-dose group.

Also, in an in vitro test, Blue 1 inhibited neurite growth and acted synergistically with L-glutamic acid, suggesting the potential for neurotoxicity. That is particularly worrisome for fetuses and babies under the age of six months whose blood-brain barrier is not fully developed. Further research needs to be conducted before this dye can be considered safe.

May cause cancer based on animal data. May affect genetic material (mutagenic)

The toxicological properties of this substance have not been fully investigated

Personal Protection: Splash goggles. Lab coat. Dust respirator. Be sure to use an approved/certified respirator or equivalent. Gloves