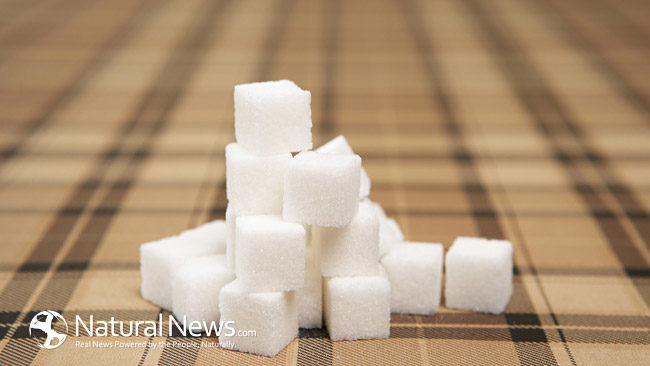 I stopped eating refined sugar about a year ago. At one point, unknowingly, I used coffee creamer with the second ingredient listed as sugar. (processed refined white sugar). Drank my coffee and about an hour later I started to have labored breathing, sweating, shaking, light headed, dizzy, faint and almost a paranoid feeling. Now, nothing in my diet changed except the sugar that day. I’ve been drinking coffee for 15 years, now in moderation, I’ve never felt like that again since. I’ve been using raw cane sugar, even for my bread and I don’t have the same symptoms as that coffee with white sugar.

A dramatic rise in the prevalence of Insulin Resistance has been paralleled by increasing dietary consumption of Sugar which is not only an underlying factor of type 2 diabetes and heart disease, but also many other cancers. Fructose/sucrose/sugar tricks your body into gaining weight by fooling your metabolism, as it turns off your body’s appetite-control system. Fructose does not appropriately stimulate insulin, which in turn does not suppress ghrelin (the “hunger hormone”) and doesn’t stimulate leptin (the “satiety hormone”), which together result in your eating more and developing insulin resistance.

Fructose rapidly leads to weight gain and abdominal obesity (“beer belly”), decreased HDL, increased LDL, elevated triglycerides, elevated blood sugar, and high blood pressure—i.e., classic metabolic syndrome Some cancers develop mutations that serve the purpose of increasing the influence of insulin on the cell; others take advantage of the elevated insulin levels that are common to metabolic syndrome, obesity and type 2 diabetes. Some do both.

Many pre-cancerous cells would never acquire the mutations that turn them into malignant tumors if they weren’t being driven by insulin to take up more and more blood sugar and metabolize it. The consumption of added sugar, soft drinks, and sweetened fruit soups or stewed fruit was positively associated with the risk of pancreatic cancer

“The next step is decolorization, which removes soluble impurities by adsorption. The two most common adsorbents are granular activated carbon and bone char, manufactured from degreased cattle bones”

Isopropyl Alcohol A clear, colorless, flammable, mobile liquid, used in antifreeze compounds, in lotions and cosmetics, and as a solvent for gums, shellac, and essential oils.