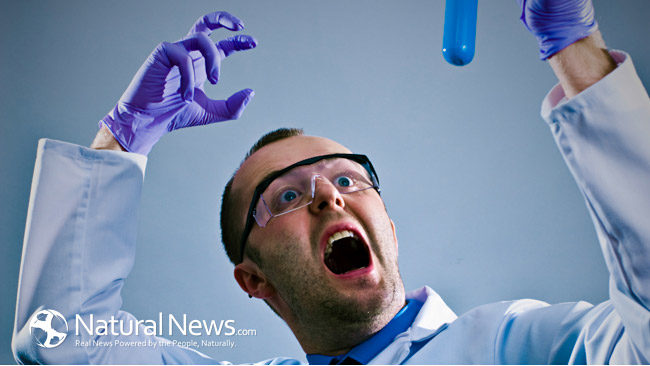 I have to ask: If you need protective gloves, splash goggles, lab coat and a respirator, should whatever your working with stay in a lab and not be put in food? Do you have to consult a specialist before cleaning up say, a large amount of flour? There should be a general concern when the Food and Drug Administration states: Sum of volatile matter not more than 15 percent. But, the FDA seems to still recognize that Blue #2, petroleum derivatives, are safe as a food substance.

If you see something that clearly states: Harmful if swallowed, if swallowed, seek medical advice immediately, keep out of the reach of children, avoid contact with skin and eyes, would you avoid it? Because those are some of the warnings associated with Blue #2 and again, it’s still allowed in food. I always stress, regardless the amounts in food, how low the toxicity may be, or the regulations and standards, it’s still laced with synthetic, cancer producing, tumor growing chemicals substances.

The color additive FD&C Blue No. 2 may be safely used for coloring foods (including dietary supplements) Widely used to color beverages, candies, pet foods, and many other foods and drugs. Contains Mercury, Arsenic and Lead among many other “volatile” chemicals.

Given the statistically significant occurrence of tumors, particularly brain gliomas, in male rats, Blue 2 cannot be considered safe for human consumption. Since Blue 2 is a non-nutritive food additive that does not provide any health benefit and there is hardly “convincing evidence” of safety, it should not be permitted for human consumption.

The Board of Scientific Advisors of the National Toxicology Program concluded that Blue 2 is safe for consumption, citing a lack of evidence for a dose-related trend; lack of non-neoplastic cellular changes in addition to new and abnormal development of cells that may be benign or malignant, no reduction in latency period, no varying progression of brain tumors.

The dye is readily broken down in the GI tract, and the final breakdown product, 5-sulfoanthranilic acid, is absorbed and excreted mostly in the urine. However, there are no metabolism studies in humans.

Blue 2 did not affect reproduction or cause birth defects in rats or rabbits. Two chronic toxicity/carcinogenicity studies in mice did not find any problems, but they were flawed because they did not include an in utero phase and were shorter than two years. (Per the FDA, studies in this field require a two year period standard and the FDA decided to cut it short for “testing”)

Blue 2 had inconclusive studies because they were to brief and did not include in utero exposure testing (per the FDA) Also, dosage was likely too low;  but possible brain and bladder tumors

More worrisome was a chronic toxicity/carcinogenicity study in rats that found that males in the 2% dose group had statistically significant increases in brain gliomas and malignant mammary gland tumors.

The male rats also had dose-related increased incidences of transitional cell neoplasms of the urinary bladder. This product contains a cationic dye. Similar dyes have caused permanent injury to the cornea and conjunctiva in documented cases with human or rabbit eyes.

Personal Protection: Splash goggles. Lab coat. Dust respirator. Be sure to use an approved/certified respirator or equivalent. Gloves.