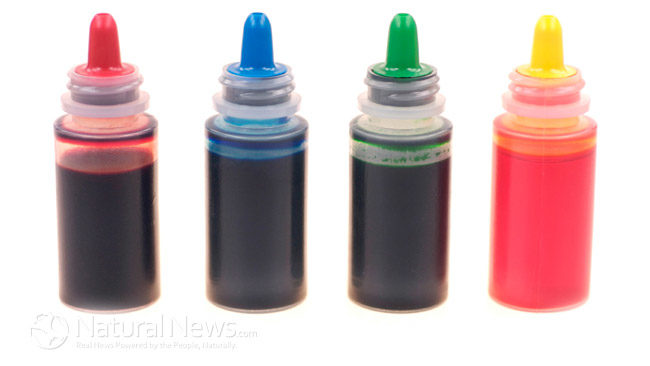 I once saw a picture that read, “Warning. Keep out. Dangerous poison. pesticides and herbicides used” This was next to a crop of the science experiment the FDA and Monsanto call food. A subtitle read, “Amazing how it’s poison and I cannot enter, but when it hits the store shelves it’s completely safe. I love magic.”

A comparison to this analogy is along the lines of almost any synthetic chemical that I’ve studied and researched. I’ve seen countless toxicity reports and OSHA procedures that specifically say, “harmful if swallowed, avoid ingestion, toxic by route of oral exposure, avoid skin contact, wear suitable protective clothing” along with many other warnings. Yet these “ingredients” still  find their way into our food and then are recognized as safe by the FDA. I always think, “Wow, I love magic.”

Whatever the chemical may be, how is it that the toxicology studies almost always suggest it’s poison and the FDA continues to insist it’s G.R.A.S.? I always stress, regardless the amounts in food or how low the toxicity may be, it’s still laced with synthetic, mind numbing, cancer producing, tumor growing chemicals substances.

I have to ask: When you throw a banana peel away, do you have to consult an expert and follow local, state and federal regulations? Because that is exactly the procedure with most of the food additives that are G.R.A.S.

Dyes are complex organic chemicals that were originally derived from coal-tar, but now from petroleum.

Red 40, Yellow 5, and Yellow 6 contain Benzidine, a human and animal carcinogen permitted in low, presumably safe levels in dyes Though the FDA does not test for bound Benzidine when it certifies the purity of dyes.

In 2008 the Center for Science in the Public Interest (CSPI) petitioned the FDA to ban artificial food dyes because of their connection to behavioral problems in children. Two years later a new CSPI report, Food Dyes: A Rainbow of Risks, further concludes that the nine artificial dyes approved in the United States likely are carcinogenic, cause hypersensitivity reactions and behavioral problems, or are inadequately tested

Food dye consumption per person has increased fivefold in the United States since 1955, with three dyes Red 40, Yellow 5, and Yellow 6—account for 90 percent of all dyes used. Even some fresh produce are dipped in dye to brighten them and provide uniform color

Meanwhile, in Europe, as of July 2010 most foods that contain artificial dyes must carry labels warning they may cause hyperactivity in children. Jacobson says, “This warning may be the death knell for [artificial] food dyes in Europe, especially for foods commonly eaten by children.”

Weiss argued 30 years ago there was evidence linking artificial food dyes to behavioral problems in children.Yet the FDA still does not require manufacturers to test dyes for developmental neurotoxicity. “Their inaction amounts to approval of an ongoing experiment with children,” Weiss says.

All of these food coloring also have a combination of Lead

This is dye week, stay tuned for more on each dye throughout the week.