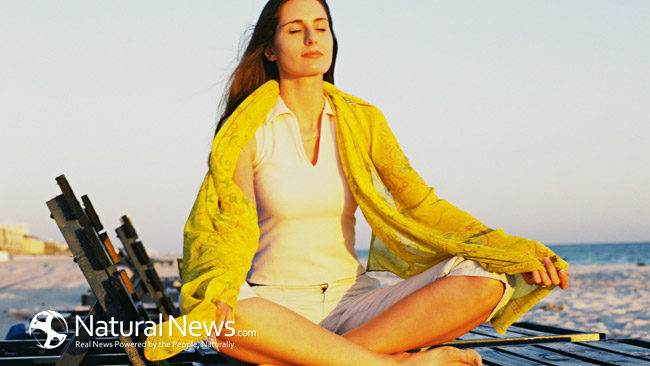 Yoga has become incredibly popular around the world in the last few decades. The origin of yoga is attributed to Shiva in the yogic lore, and was later codified by Patanjali in his famous book, “The Yoga Sutras.” But though yoga is essentially a spiritual process, medical research has shown that there are several physical and mental health benefits to the practice of yoga. Let’s take a look at how yoga can help you beat the effects of traveling long distances.

Yoga Gives You a Full-body Workout

Ever felt like you need to stretch and get some blood flowing after a long trip. Well yoga is perfect for that. Practices like Surya Namaskar, popularly known as Sun Salutation, involve slightly deeper than normal, regular breathing. This kind of breathing improves and strengthens the respiratory system and brings fresh oxygen into the blood stream, thus preparing the body for increased activity, and keeping tiredness away.

Surya Namaskar,a series of 24 steps, essentially functions as a full-body workout, and turns on and stretches muscles in pretty much all parts of the body. Surya Namaskar strengthens your back and also negates the fallout of long periods of sitting still in a chair. The various postures involved in Surya Namaskar also stretch your chest, abdomen, hip flexors, calves and soles, and strengthen your shoulders.

Travel can often tire us out, and yet leave our bodies and minds unsettled, which leaves us tossing and turning in bed. Yoga can negate these effects and help improve sleep quality. Research coming from the Harvard Medical School studied whether a simple set of practices including yoga and meditation can help reduce chronic insomnia problems. The study period lasted 10 weeks, at the end of which participants showed a measurable improvement in several sleep quality indicators. The research study concluded that practicing yoga and meditation daily can be an effective way of improving sleep quality.

No wonder the Helsinki Airport recently launched a 24-hour yoga studio named “Yoga Gate.” The studio is located near gate 30 of the airport, and offers passengers yoga classes, helping shrug off jet lag and relax. Yoga Gate is a part of the airport’s plan to cater to 20 million passengers a year by 2020. Helsinki isn’t the first airport to tak these measures. It comes right behind pioneers Chicago O’Hare and San Francisco International Airports, with their “Yoga Room”, and Dallas/Fort Worth International Airport with its “Yoga Studio,” all of which offer free yoga facilities — yoga mats included!

Helsinki airport’s classes are held in the Kainuu relaxation space. Owned by the Finnish Airport Authority Finavia, Kainuu was designed by TravelLab, and focuses on creating a relaxing ambiance based on an outdoors theme.

Sickness and diseases can do you when you travel, and mess up your whole holiday or business trip. Yogasanas and meditation can counter that by enhancing and strengthening the immune system in the body. Norwegian scientists studied the effects of four consecutive days of yoga practice and noticed that this was enough to enhance the effectiveness of the body’s immune cells. They aren’t quite sure how this happens but they concluded quite confidently that yoga practice benefits cellular health.