Is your yard bee-friendly and green? Why perfect, weed-free lawns are contributing to bee colony collapse 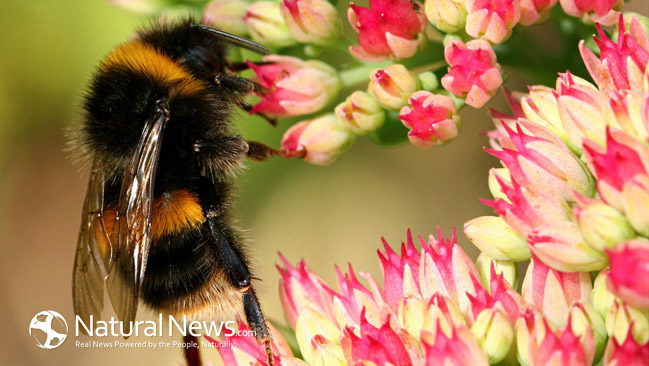 The collapse and disappearance of bee colonies has been concerning scientists and environmentalists for several years now.  CCD, or Colony Collapse Disorder, is a serious threat against the continuation of healthy bee colonies and the survival of the species.

We’ve seen an alarming decline in our honeybee population. This is concerning because a significant portion, thought to be up to 35%, of our food crop supply relies on pollination from these biologically important insects.

It is something everyone should be concerned about since affects all of humanity.  It will require a worldwide awareness and effort to help reverse the trend. And yet, we as a society in America continue to promote the ideal of a weed-free lawn akin to a putting green.

The problem with this is that most of the time these perfect, completely weed free lawns are achieved by using neonicotinoid based lawn chemicals. These herbicides along with others have been implicated in a leading theory on the bee colony collapse phenomenon. The hypothesis is that repeated exposure to this weed killer chemical somehow breaks down a bees immunity to disease.

Remember, bees are feeding on flowering plants and weeds that have been treated with these weed killing chemicals over and over. They are also bringing the spoils of their feeding back to the hive and the queen, in turn exposing the whole colony to these chemicals.

There have been other theories as to the startling decline in honeybee populations, such as a connection to increasing cell phone towers. However, recent studies showed a more definitive link between colonies exposed to the herbicide and colony death.

Taking away (and poisoning) a plentiful food source

Sure, we all cringe when our lawn is a veritable sea of dandelions or white clover flowers. We cringe because it’s been ingrained that a solid green lawn is the most desirable aesthetic for a lawn.

However, if we can just shift that paradigm, we’d be doing humanity a huge favor by helping to save the bees. Not only that, we wouldn’t be exposing the multiple other beneficial insects, animals and other living creatures that venture through our yards.

These “weeds” that grow in abundance in our lawn are many times actually a great food source for bees. They love white clover flowers and dandelions. And it’s not just bees, but several other species of pollinating insects like butterflies and various other types of flies.

If we’ve treated these flowers with harmful chemicals, it has the potential to come back to a hive that is in its infancy and particularly vulnerable to collapse. Not only that, once the chemical takes hold and kills these “weeds”, there goes an easy and plentiful food source for the bees.

Danna Norek is the founder of Aura Sensory natural body and haircare products, found at Etsy.com.