This Xylitol Will Make Your Life Pumpkin Sweet 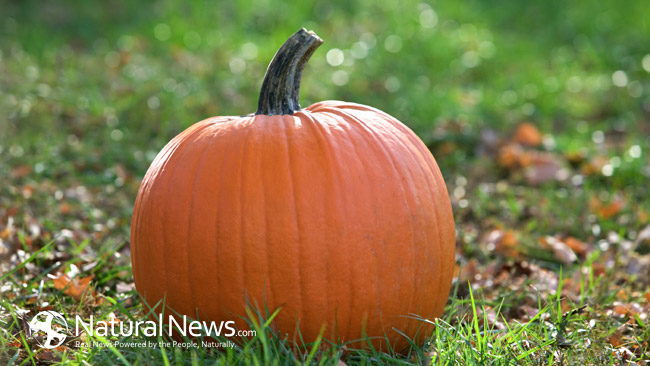 Not all xylitol can be classified as the same or created equal. Even though the majority of store bought xylitol is derived from birch tree or corn, most of the fruits and vegetables we consume on a daily basis have small amounts of xylitol. Wouldn’t you prefer to consume xylitol from a nutritious vegetable like kabocha pumpkin? Well, now you can.

Pumpkin Xylitol is an all-purpose sweetener that can be used in your favorite foods and beverages.

Do you ever feel yourself losing energy and feeling tired after consuming a big ol’ bowl of ice cream. Be it from your favorite ice cream shop, restaurant, or homemade in your own ice cream maker.

What is causing you to feel this fatigue?

Well, this culprit is known as SUGAR. Yes, the pure sweetness everyone loves but then hates hours later. That addictive “6-carbon” sweetener that causes you to binge out time and time again. Which is a direct result of a high glycemic load from the bowl of ice cream you just consumed.

What you may not know can very well result in a serious catastrophe to your health. That is insulin resistance and you may not even be aware you have it.

Let’s talk about some alarming statistics that YOU need to know about.

A new study recently conducted by UCLA has been circulating the web. The conclusive study touches on how fructose can damage the brain’s genes and lead to a wide range of diseases like diabetes, Alzheimer’s, heart disease, and ADHD.

We’re going to focus on diabetes. The researchers estimate that 46% of adults in California and 33% of young adults between the ages of 18 and 39 have pre-diabetes—undiagnosed diabetes. If left ignored, about “70% of those with pre-diabetes develop diabetes in their lifetime” according to the LA Times article.

It is general knowledge that diet and lifestyle can play a major role in preventing the progression from obesity to pre-diabetes to Type 2 diabetes. What happens to the body biologically often times goes unnoticed until it is too late and people are diagnosed with Type 2 diabetes. For some people, it can mean they are left with no option but to resort to Big Pharma to help manage the symptoms of their diabetes. Even if they make the switch to eating healthier, exercising more, and laying off the excess carbohydrates; it may just not be enough.

What if there was a natural scientific breakthrough that could be one of the solutions to the obesity and pre-diabetes epidemic? Would this be worth billions to Big Pharma? In a perfect world we would like to think so. But insiders know the truth of the matter.  Once it gained enough attention by the media, there would most likely be a buy out of the breakthrough or a media led discredit to put it out of business.

Back in 2007, there was an article that talked about how pumpkin extract may be beneficial for diabetes. It was written by WebMD one of the most credible and trusted online health websites around. Here’s what it talked about:

At the East China Normal University in Shanghai, China researchers created an extract from a unique pumpkin, not the typical orange kind or jack-o-lantern, popular in Asian supermarkets that have a green and white rind.  They tested this extract on rats with Type 1 diabetes and found it lowered their high blood sugar levels without affecting the blood sugar levels of rats that were not diabetic. At the end of the month the researchers found that the diabetic rats had abundant pancreatic cells (responsible for making insulin) compared to the rats not fed the pumpkin extract.

This same study also appeared in some of the most well known news and scientific databases like ABC News, CBS News, Health Day, and AAAS. This is great news that natural alternatives to drugs are being researched. But it still remains under the radar. Breakthroughs like this are not being discussed as much as they should in the mainstream medical arena. Nor were there any continuing or verifying studies conducted by the Western Pharmaceutical Industry or Western Universities.

It can be concluded that Big Pharma has a hidden agenda in mind and natural treatments for diabetes could potentially disrupt their multi-billion dollar pharmaceutical sales. Is it any wonder their commercials on TV list one major side effect after another. It’s not getting to the root of the problem instead it is merely muting the symptoms but then causing new symptoms to develop due to side effects.

With an epidemic like Type 2 diabetes, a big change needs to be done to the way our food is created. An ingredient such as pumpkin extract can be one of the solutions to this issue.

The Japanese diet has known about the healing properties of a special kind of pumpkin known as the kabocha for thousands of years. The polysaccharides contain pectin which promote anti-diabetic and insulin-regulating processes which has been demonstrated within animal studies. These compounds found in pumpkin are suggested to regenerate damaged pancreatic cells in diabetic rats based on the East China Normal University research.

The extract from pumpkin can also be called pumpkin pentose or pumpkin xylitol.  This 5-carbon sugar can be utilized as a sweetener in your favorite foods and beverages. Xylitol extracted from the kabocha should not be confused with xylitol extracted from birch tree or corn. Birch and corn xylitol are difficult to absorb by the human body due to a different molecular chain.  Kabocha xylitol “a.k.a. pumpkin pentose” has been sold in Asia and the Middle East for many years. An American company has recently started introducing it to the West.

The brand is Pumpkin Pure and will be featured as a tasty recipe for ice cream lovers dealing with obesity, pre-diabetes or diabetes.

Add all ingredients into a high speed blender. Depending on type of blender you are using, you may need to use a spatula to push contents sticking to the side of blender toward the blades.

Adjust the recipe if the blades aren’t picking up the content by adding in the remaining half of the avocado or adding a dab more coconut cream. Blend on high speed for at least 3 minutes and well emulsified.

Once it is to your desired liking, scoop into a bowl using a spatula. Add some cacao nibs and mint leaves to garnish.

Watch as you immediately feel more energized and pleasantly surprised by the sweet taste that gives you that awesome mouth feel.

Jonathan Gentile is the founder of JingLifestyle.com, a blog that focuses on healthy recipe and lifestyle hacks. Pumpkin Sweet xylitol is used within many of the recipes he creates which call for an all-purpose sweetener. It can be found on PumpkinPure.com and is as sweet as cane sugar, diabetic safe, and sourced from non-GMO kabocha pumpkins.

Jonathan Gentile is the creator of JingLifestyle.com and holds a B.S. in Kinesiological Sciences. He has spent several years researching health and wellness. His mission is to share with others how to live guilt free through healthy recipes and lifestyle hacks. You can connect with him on Facebook or Google+ or find out more about an all-natural, GMO free, vegan and paleo-friendly sweetener here: https://www.pumpkinpure.com/