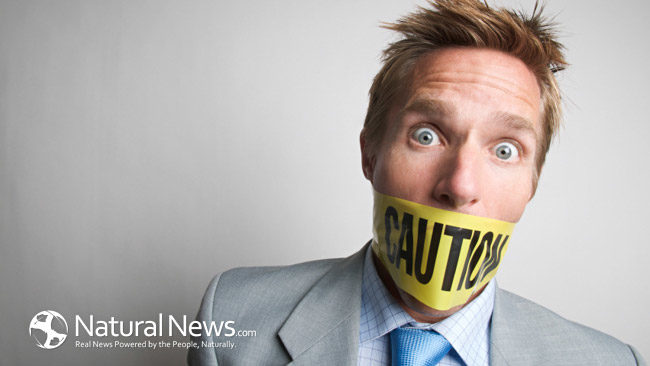 The World Economic Forum WEF that took place in Davos, Switzerland has produced its  Global Risks Report 2017. Every document put out by this organization for public consumption is in need of an Orwellian translation. As with the very acronym of the WEF put backward spells the FEW. The slogan “Committed to Improving the State of the World“. This can be set in double speak to say “Committed to Improving the World State“. Acting in these reports as if this is all an effort to save the planet. While the globalist mandates create every problem to be solved.  One of the chapters that is very telling and goes deep into the globalist mindset and strategy is in Section 2 Chapter 2.1: Western Democracy in Crisis?

In many Western democracies, traditional mainstream political parties are in crisis. They are struggling to respond to rapid changes in the political landscape as voters’ disaffection expresses itself in lower turnouts or rising support for previously peripheral movements.1 The unexpected triumphs in 2016 for the Brexit campaign in the United Kingdom and President-elect Donald Trump’s campaign in the United States are the most high profile indicators of a febrile political environment.      Page 23 WEF Global Risks Report 2017

The Davos crowd are devastated by the populous reversals in the U.K., European Union and the U.S. and admit as much. Though thinly veiled the discontent in this document is palatable. Causes and solutions for this political upheaval given are a valuable insight into the monolithic thinking and ham fisted reaction by globalist forces. Populations in the developed countries are rejecting the globalist mandates that have destroyed their nations. Multinational corporations represented by the WEF have had their way for a long time. Now that the people most affected are saying NO. Democracy is in crisis and the political landscape is febrile?

But is democracy itself in crisis? Some point out that voters punishing politicians who have failed to represent them adequately is one of the essential virtues of the democratic process. Others argue that the current crisis in mainstream politics goes deeper, fundamentally threatening how politics works. This chapter considers three related reasons to be concerned about the future of democracy: the impacts of rapid economic and technological change; the deepening of social and cultural polarization; and the emergence of “post-truth” political debate.     Page 23 WEF Global Risks Report 2017

Democracy is in crisis because the fundamentals of how politics work for the globalists are being threatened by the representation of the governed. People are the problem because they are escaping the lies of mainstream political parties and media. We are not going along with the program of deindustrialization, globalization and multiculturalism all meant to upend democracy of any kind. Impacts of rapid economic and technological change caused by globalization and deepening of social and cultural polarization brought on by mass migration and divisive political tactics has lead to the emergence of “post-truth” political debate. Nations are being intentionally destroyed by the actions of the WEF only to benefit of the FEW perched on top. People are finally reacting to this onslaught by admitting the situation. This is considered “post-truth”. Outside of the reality presented through media controlled by multinational corporations and banks.

The political impact of antiestablishment sentiment has already been dramatic. Most notably, the cluster of anti-elitism, cultural nativism and economic nationalism formed important parts of the winning 2016 campaigns in the United Kingdom (UK) referendum on European Union (EU) membership and both the United States (US) Republican primary and the subsequent presidential election    Page 23 WEF Global Risks Report 2017

The arrogance spews forth in such nice terms. Cultural nativism is double speak for not wanting your country overrun with uncontrolled immigration and economic nationalism means having a living wage and jobs. Anti-elitism translates to not having a technocracy ruling over the people from cradle to grave.

The Global Risks Report 2017 outlines why the WEF version of Democracy is in Crisis and how to respond to this rabble from the voters. Listing trends that are undermining their control and ways the globalists are going to respond.

One of the trends undermining democracy from the view of the WEF is a phenomenon called Post-truth political debate. This is the high brow term for fake news put out by the Oxford dictionary. Admitting in the report that the program of globalization has been a horror show for 99% of the population and that they are starting to realize it though Post-truth political debate.

In the United States, between 2009 and 2012, the incomes of the top 1% grew by more than 31%, compared with less than 0.5% for the remaining 99% of the population (Figure 2.1.1).8 Middle-class income stagnation is particularly affecting youth: recent research shows that 540 million young people across 25 advanced economies face the prospect of growing up to be poorer than their parents.       Page 23 WEF Global Risks Report 2017

Mabey now the Davos crowd realizes they may have gone a little too far too fast. This would not have been a problem if it had not been for those meddling alternative media outlets. Breaking the old paradigm of how news and information are disseminated and resting control of the narrative from globalist mouthpieces. This is considered Post-truth political debate.

The cultural polarization of democratic societies has been exacerbated by profound changes in the way news and information is produced, distributed and shared (Box 2.1.1). The aftermath of the US presidential election featured a prominent debate about “fake news”.19 The Oxford English Dictionary chose as its word of the year “post-truth”, defined as “denoting circumstances in which objective facts are less influential in shaping public opinion than appeals to emotion and personal belief.          Page 24 WEF Global Risks Report 2017

What to do about these pesky voters and their “fake news”? Any information that doesn’t come from globalist corporations or points out the obvious ravages of ongoing WEF style programs for the world is considered fake news and post truth.

An essay on page 25 by Walter Quattrociocchi, Northeastern University titled Social Media and the Distortion of Information gives a possible solutions.

This evidence suggests a real possibility that public opinion can be intentionally distorted by exploiting information overload and confirmation bias, with significant political, social and economic consequences. Strategies for mitigation remain uncertain.6 Google has proposed trying to correct false claims by marking information as fact-checked; but confirmation bias might simply result in the claim of fact-checking being discounted. The problem behind misinformation is polarization – hence, we need to create synergies among institutions, scholars and communicators to reframe and smooth contrast in the information system.  Page 25 WEF Global Risks Report 2017

We just need to smooth out the information people can have to save democracy. The citizens can’t be confused with so many choices and bothered to make up their own minds. Just like current censorship techniques in China and what is starting to happen on globalist platforms in the west. This is the model to aspire to according to the WEF. To save so called democracy for the FEW.