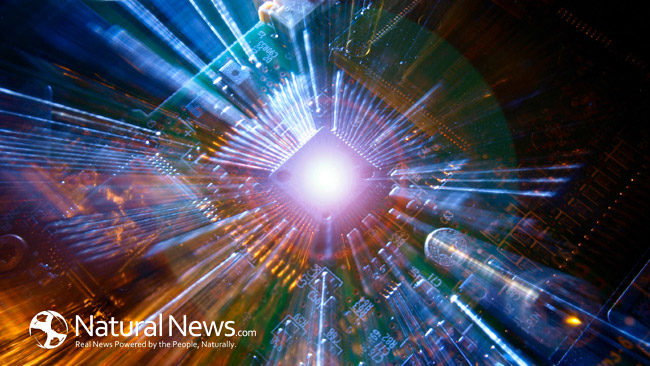 The Global Risks Report 2017 Part 3 titled  Emerging Technologies lists the 12 most promising emerging technologies for globalists use.  The 12 emerging technologies listed are compiled from think tanks and the World Economic Forum Handbook on the Fourth Industrial Revolution not yet released to the public. It is stated in the report these technologies have been determined to have an adequate benefit to cost ratio to humanity. The good for them out weighs the bad for you.

The emerging technologies of the Fourth Industrial Revolution (4IR) will inevitably transform the world in many ways – some that are desirable and others that are not.

Among these promising technologies listed in Table 3.1.1 are: Geoengineering that doesn’t exist. Mind control and reading thoughts, another supposedly tin foil hat idea, found it’s way on this list compiled by academia for the World Economic Forum. Androids that take your occupation and synthetic biology appear. As well as  Tesla’s wireless energy transfer and brain chips for mind control. Admitting the smart grid is actually there to remotely track and trace everything. As well as holographic image technology and smart drugs. Sounds like every “conspiracy theory” out there has a seat at the table on this list written by the top experts in the world.

This isn’t even mentioning the artificial intelligence that could destroy the world or re-useable space vehicles that are the standard fare for your average futurist. Almost all of the technologies listed have been dismissed as crackpot yet here they are on another globalist white paper. This list was complied from experts around the world not from some wide eyed kid in a internet chatroom. These sciences exist if the World Economic Forum wants to inform it’s membership about the real current state of technology. Yet they are conspiracy theory or fake news if the population most affected discusses the issue.