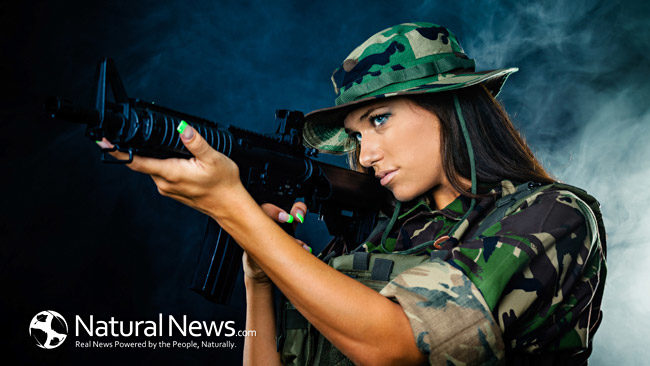 Several years ago, Microsoft founder and C.E.O. Bill Gates traveled to Saudi Arabia to speak at a technology conference for the leaders of that industry in the Kingdom. He spoke before a segregated audience, something he was not used to. Eighty percent of those in attendance were men, and the great minority, only twenty percent, were women. The women in attendance were clad in black burkas. There was a curtain separating the two groups so that they could not see each other.

At the end of Gates’ speech, during the question and answer period, he was asked if it was realistic to think that Saudi Arabia could enter the top ten list of the most technologically advanced countries in the world. His reply? “Well, if you’re not fully utilizing half the talent in the country, you’re not going to get too close to the top ten.” His response was met with silence from the men and loud applause from the women.

It’s no secret that most of the Middle East is in the stone ages when it comes to women’s rights, and rights of religious freedoms. However, in Kurdistan, the autonomous northern region of Iraq, the people are leaps and bounds ahead of the majority of the Middle East.

In Kurdistan, there is a unique squadron of soldiers, female warriors, who have been training and in action for years. They are known as the women Peshmerga of the 2’nd battalion. There are approximately 550 of them in their ranks, and they are led by Col. Nahida Ahmad Rashid. The unit was originally formed to battle forces loyal to ousted and now dead tyrant Saddam Hussein. While most of the men in the Iraqi Army have been dropping their weapons and running from ISIS in fear, these brave, well trained women warriors stand ready to take the fight to ISIS.

Can this highly trained force of women protect Kurdistan from the evil-doers of ISIS who have been raping, murdering and be-heading their way across the region? This writer, who spent time in Iraq as a machine gunner in 2008-2009, and who spent half of that time in Kurdistan, fighting alongside female American soldiers, and who got to know the people of Kurdistan well believes that they can.

Sources used for this article:

Kevin E Lake is an Iraq War veteran and an author. He is a Yahoo Content of the Year Award winner and author of Amazon's previous #1 rated ghost novel in customer satisfaction, "From the Graves of Babes," which kicked Charles Dickens' novel "A Christmas Carol" out of the number one spot and remained there for six months (until Christmas rolled back around). Find all of Lake's novels and short story collections on Amazon and follow him on Facebook.