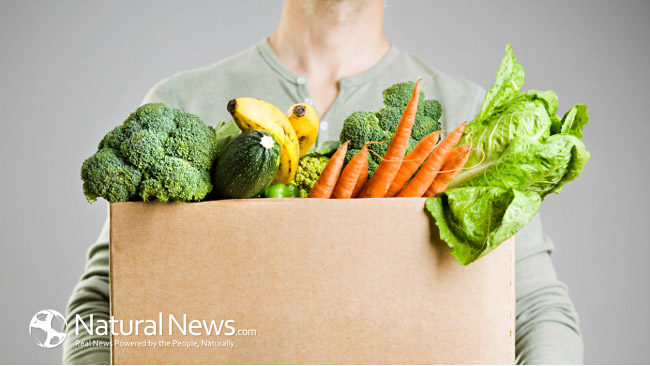 October 1st is World Vegetarian Day. It kicks off Vegetarian Awareness Month in which advocates of the dietary lifestyle reinforce the physical, emotional, and environmental benefits of choosing to go meat-free, and those who are non-vegetarian are encouraged to eat vegetarian meals for the entire month or longer.(1)

In fact, the North American Vegetarian Society is urging people — vegetarians and non-vegetarians alike — to spread the word about the importance of choosing non-meat options. Suggested activities include participating in community events, asking local libraries to consider displaying books about vegetarianism, posting outreach materials , and getting in on a chance to win $1,000 by pledging to refrain from eating meat, fowl, and fish for the month.

While there are those who are adamant that eating meat is essential to the diet and that without it, serious vitamin deficiencies and health problems can occur, the amount of people choosing to become vegetarian continues to increase. Even more, they’re choosing the lifestyle to improve or maintain health, which many people note comes to fruition.

“The vegetarian sector is one of the fastest-growing categories in food publishing,” says Elizabeth Turner, editor in chief of Vegetarian Times. “It’s a dedicated group of consumers that is growing daily.”(2)

About 7.3 million Americans are vegetarians, and nearly 23 million Americans follow a diet that is inclined towards the dietary lifestyle.(2) One study of over 5,000 people noted that more than half of vegetarians eat in such a manner in order to improve their overall health, and others cited environmental concerns (47 percent), the desire to apply natural methods to their wellness (39 percent), food-safety (31 percent) and animal welfare (54 percent) concerns, weight loss (25 percent), and weight loss maintenance (24 percent).(2)

Top 3 Benefits of a Vegetarian Lifestyle

Excluding meat from the diet has been associated with preventing or controlling a range of health issues including obesity, diabetes, and high cholesterol.(3) Author Joel Fuhrman, MD, explains that the mortality rate for cardiovascular disease is lower in vegetarians than in non-vegetarians due to the fact that eating animal fats can clog arteries while a vegetarian diet, which is more fiber-rich and filled with health-boosting antioxidants, can help prevent disease.(4)

It’s not just about the animal fat, either.

The Environmental Protection Agency (EPA) estimates that approximately 95 percent of the pesticide residue in the standard American diet comes from meat, fish and dairy products and that fish contains carcinogens and heavy metals which are not able to be removed through cooking or freezing.(4) As for meat, it’s typically laden with steroids and hormones.

Other health benefits of being vegetarian include longevity, easing symptoms linked to menopause, having stronger bones, and experiencing an increase in energy.(4)

It’s no secret that the treatment of animals is disturbing to say the least.

Many animals are injected with hormones to expedite the frequency in which they can produce offspring, live covered in feces and in cages too small to even turn around, have their offspring immediately taken away, are not given proper medical treatment (many are left to die while in excruciating pain in some cases), boiled alive, and overall, are subjected to unfathomable acts at the hands of those raising them.(3,4)

Unfortunately, farmed animals do not have protection from cruelty by law; most state anti-cruelty laws actually exempt farm animals from humane protection.(4)

For many, this reason alone is enough to make them turn to a healthier, more ethical way of life.

Professor of ecology at Cornell University explains that if all of the grain that’s currently fed to livestock were instead consumed directly by people, the number of people who could be fed would be nearly 800 million.(4) If the grain were exported, he says that it would jump the US trade balance by $80 billion a year.(4)

Additionally, it’s important to consider other environmental consequences that come as a result of eating animals. Not only is a great deal of methane gas (which is a cause of the greenhouse effect) produced by animals like cows, but runoff of chemical and animal waste has polluted over 173,000 miles of streams and rivers.(3,4)

Clearly, there are many far-reaching benefits of shunning meat.

Vegetarian recipes are delicious and not at all confined to the stereotypical notion that vegetarian meals are bland and boring.

In fact, there’s plenty of room for creativity in the kitchen and tasty meals ranging from yellow squash with fresh basil and toasted pecans to puttanesca sauce over linguine exist.