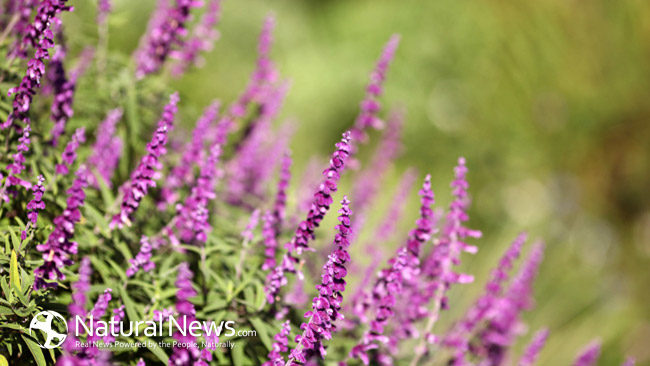 Diabetes has become a global cause of worry. By October 2013, 347 million people in the world were suffering from this disease. The side effects of diabetes are more severe than one may think. More than half of lower-limb amputations done in the United States are related to diabetes. Diabetes is also the most common cause of blindness between ages 20 and 74. More so, heart attacks, kidney failure, sexual dysfunctions … are much more common in people suffering from diabetes.

In Type 1 Diabetes, the beta cells in the pancreas are destroyed by the body’s immune system therefore producing less insulin than is required for breaking down the sugar. In Type 2 Diabetes, the pancreas produces Insulin but the cells became resistant to it. In either case, the result is: high blood sugar levels!

And so far there are 3 available options to lower the blood sugar levels: insulin (when other options don’t work – most cases – Type I), medication and natural remedies including a balanced diet.

Medication vs Natural Therapy for Diabetes

To prevent Diabetes, and even for those who have developed the disorder, a lifestyle change is a must. Dietary changes, physical activity (for weight reduction), improving metabolism and blood circulation are beneficial for keeping the blood sugar levels under control.

Improvement of life quality requires both maintaining a healthy lifestyle and medication. But medication for Diabetes has proven to be not very efficient and with quite a few side effects.

A recent study performed at Salk Institute shows that there might be hope in finding a cure. The study was performed on mice with diet-induced diabetes – the equivalent of type 2 diabetes in humans. It seems that a single injection of the protein FGF1 is enough to restore blood sugar levels to a healthy range for more than two days. The discovery could lead to a new generation of safer, more effective diabetes drugs. The team found that sustained treatment with the protein doesn’t merely keep blood sugar under control, but also reverses insulin insensitivity.

But don’t raise your hopes too high; according to FDA it takes on average 12 years to get a new drug from the laboratory onto the pharmacy shelf. That if it proves to be also effective on humans.

So far there are no cases of people reversing their diabetes with medication only.

Oral medication and insulin injections are part of the regime, sometimes alone and sometimes in combination depending on the body response. These make up the conventional medical approach.

But news on CNN, BBC, The Guardian and other news-media show us that there are more and more people who succeeded in reversing their diabetes to the point that they were actually cured with natural remedies only. Watch this short video and learn the new approach on reversing diabetes.

Even with the present day advancements in medical science, a lot of people have started to turn back to natural remedies as they have fewer side effects and great results. Recent medical trials have proved natural therapies to be beneficial which has helped build the confidence of more and more doctors in them.

There are various wild plants that have blood sugar lowering properties. Since research on a number of them is still underway, a few of them with proven hypoglycemic/anti-diabetic effects are outlined below.

With clinical (human) studies, Ginseng has been proven to hold good blood sugar lowering properties. There are a number of varieties including Japanese and Siberian Ginseng, but the studies have mostly shown promising results with the North American Ginseng, which is effective for Type 2 Diabetes.

In traditional Chinese medicine, the Asian Ginseng is known for its effects of increasing Insulin release from the Pancreas and lowering blood glucose. The herb contains at least 5 active components that possess hypoglycemic effects. The plant is known to have beneficial effects on the Central Nervous System.

Aloe Vera that is usually used as an ornamental plant is originally found in African and Arabian countries. Although commonly used in households for its soothing effects on burns, this wild plant contains a lot of therapeutic properties which include anti-inflammatory, antiseptic, antioxidant, antibacterial etc. In addition to these, the plant also has anti-diabetic properties.

Powdered Cinnamon is commonly used in households as a spice and is known for its beneficial effects in GI (gastrointestinal) upset, flatulence (gas) and for its anti-microbial properties. It is also known to reduce the blood glucose levels. It acts by increasing sensitivity of cells towards insulin and augmenting the insulin effects. Therefore, people who are already on Insulin therapy must utilize it with caution.

The fig leaf extract is used by a lot of diabetics because of its hypoglycemic properties. It reduces the amount of insulin that is needed for keeping blood sugar levels normal. The extract is usually prepared by boiling the leaves and taking the extract either with breakfast or in the form of tea. The extract also is beneficial in reducing the blood pressure and blood cholesterol levels, possesses anti-tumor properties and reduces the amount of acid produced in the GI and therefore is effective in ulcers.

Fenugreek is usually used as a condiment in South Asian cuisines. It has good anti-diabetic properties and also helps in controlling the associated side effects with the disease. In lowers the cholesterol, triglycerides and Low-density lipoproteins (LDL). The seeds are also helpful in reducing side effects of Diabetes like, polyuria (excessive urination).

Acacia Trees are commonly found in India. The extract from the bark of the tree possesses anti-diabetic diabetic properties and is commonly used in traditional Indian medicine. It also helps in lowering the triglyceride levels so helps in weight reduction too which proves to be beneficial in Diabetics.

Anthocyanin is a compound in Blueberry leaf extract, which is known to possess blood sugar lowering properties. The compound acts like insulin and helps to reduce the glucose levels in blood. Blueberry tea is usually used to reduce throat swelling. The berries also contain Vitamin C and have antioxidant properties. The different varieties are grown in the U.S and Europe.

Nigella, also known as black seed or black cumin are native to Asia, are full of health benefits. Usually known for their carminative and overall positive physiological effects, Nigella seeds have been studied to lower blood glucose levels by increasing the beta cell function.

Sage is an ancient herb that is native to the Mediterranean region and is being used since old times to combat depression or anxiety. It is also used topically to keep healthy gums and as an anti-bacterial and antioxidant. The extract possesses anti-diabetic properties that are similar to the oral hypoglycemic agents used by patients.

It is a tropical vegetable that is extensively cultivated in South America, Asia and Africa. It is being used in traditional medicine as an anti-diabetic since a long time. The compounds extracted from the vegetable are quite effective in reducing the sugar levels in blood.

All the plants and herbs listed above as blood sugar lowering agents are known to usually have no side effects and they don’t interfere with diabetes medication. So you should try at least one or two and verify the results by yourself.