Who is healthier? Vaccinated vs.Non-Vaccinated Children 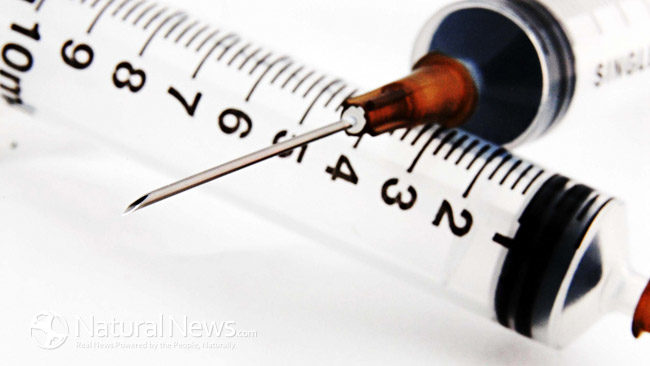 The choice of whether or not to vaccinate is a very important and complex decision in which parents must take the responsibility to try to find enough information to make an educated decision that can affect their children for the rest of their lives. As a parent, this decision can be overwhelming and many trust their doctors to act in the parent’s best interest to provide guidance in such instances. Unfortunately, there is a major distortion of information out there and many people have the misconception that vaccines result in healthier children. However, research is showing that vaccinated children are more chronically ill than their non-vaccinated counterparts.
According to the CDC, the number of vaccines that are given to children has increased more than three times in the last 29 years. In 1983, children were given 10 shots from birth to 6 years of age, compared to 36-38 for the same age group in 2012.

Vaccines can carry with them very serious side effects, ranging from mild complications such as fever or rash, to major issues such as seizure and death. Children who are lucky enough to avoid any major difficulties, can carry with them a lifetime of health problems. According to a survey on VaccineInjury.info, vaccinated children have a much higher rate of autism, ear infections, ADHD, asthma and allergies – in some cases even 30 percent higher than children who are not vaccinated. The assessment continues to show that unvaccinated children were less likely to suffer from hyperactivity, skin disorders, autoimmune disorders, depression, anxiety and many other diseases. In addition to the fact that they are being shown to cause health problems, vaccines that are being given today have not been tested for long-term safety. Most of the studies only evaluate side effects that occur within 48-72 hours, while the truth is that many serious side effects show up long after that time span.

Vaccines are a combination of many different toxic additives, preservatives and cell types that are initiated during the manufacturing process. The problem is that the shots create a temporary vaccine-induced antibody production rather than letting the body build up its natural immune system, and have little evidence as to their effectiveness.

Whooping cough outbreaks are higher in areas that have a higher percentage of children who took the whooping cough Vaccine!

Over-vaccinating weakens the immune system, making children more susceptible to infections with less ability to fight them off. The injections also promote viral adaption, which is responsible for creating vaccine resistant super bugs. In 2010, 77 percent of the over 1,000 people who were infected with Mumps had received the MMR vaccine- a statistic which was conveniently left unreported by the mainstream media. So while the number of outbreaks occurs the medical establishment can recommend more vaccines to try to reduce the numbers, causing a vicious cycle fueled by misinformation and deception.

Alternative ways to boost the Immune system
Healthier options to inoculations include eating organic food, increasing vitamin D intake and avoiding GMO foods, additives and preservatives. Diet is a very important factor in making sure that our bodies are able to work effectively. Foods high in refined sugars and other additives require our body to use stored vitamins and minerals in order to metabolize, increasing the production of hormones, which suppresses our immune system. Eating fresh whole foods and making sure to get an ample amount of vitamin D is vital in helping to strengthen the body’s defense system. In addition, allowing the body to fight off infection and only using antibiotics when absolutely necessary, will develop natural resistance.

Yogi Mami was started by Victoria, a wife and mother who is interested in researching natural and holistic alternatives to improve the body and how it functions. She works as a Yoga instructor and Usui Reiki Master with experience and knowledge on topics such as holistic pregnancy and natural childbirth, breastfeeding, and natural cures and treatments for common ailments for adults, children and babies and even pets! Her blog has information on how to live a simple, safer and more natural lifestyle. She is author of Mindful Mami: Preparing for Pregnancy Labor and Beyond. She is also a freelance journalist writing for sites such as NaturalNews.com, MindBodyGreen.com and PowerofPositivity.com and has several articles published on various health topics. Victoria loves spending time with family and friends, cooking, crafting, writing and homeschooling her two children. You can visit her site at www.yogimami.com