What Is Classical Homeopathy? 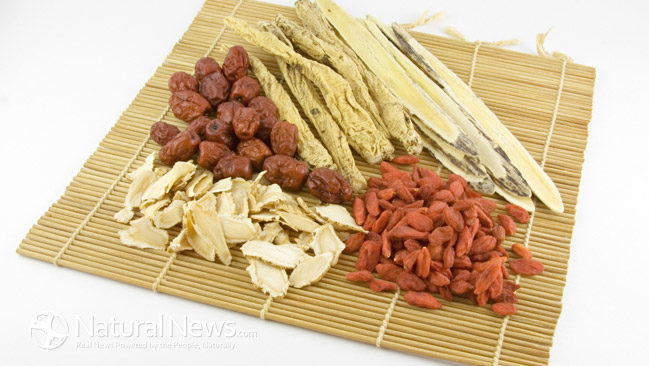 The Origin of Classical Homeopathy

A natural law of cure was brought to mankind in the 1790’s by the German doctor Samuel Hahnemann. Since then, this medical art and science has spread across the world and is now rapidly becoming the medicine of the present and future as more and more people are coming to understand and use its unique medicinal features.

The Law of Similars

The Greek word homoios, meaning “similar,” and pathos, meaning “suffering,” from which the name “homeopathy” was derived, together point to the main principle of classical homeopathy, namely that “like cures like,” also called the Law of Similars.

A Law of Cure

In practice, this means that substances which when taken regularly have the capacity to cause a certain symptom picture to appear in a healthy person, can also cure the same or a similar symptom picture in a sick person. And so we have a LAW of cure, a principle to base healing on.

Classical homeopathy is a holistic system of therapy, because it treats patients on the basis of their whole condition of health, in preference to focusing on suppressing individual symptoms, which can lead to other symptoms developing elsewhere in the organism at a deeper level—involving a more severe degree of pathology.

Medicines Are Tested on People

Classical homeopathy employs medicines that only have been tested on people. However, these medicines also work effectively on animals (pets, cattle, horses, wild animals) and plants, on which subjects many books have been written since the 1800’s.

Minute doses of substances from the human, animal, plant and mineral kingdoms are prepared and energized (potentized) in a way that is unique to classical homeopathy, bringing out the latent and marvelous curative powers of these substances, such as gold, sea salt and sand—that were previously mostly unknown.

Medicines Stimulate the Organism to Heal Itself

These medicines stimulate and strengthen the vital force of the organism so that it begins to cure itself. The body is actually extremely savvy when it comes to healing itself, take a simple cut, for example. Thus, many illnesses that were considered incurable may be cured by classical homeopathy, as has been demonstrated and well documented for over 200 years by both medical doctors and lay practitioners of classical homeopathy.

Only One Medicine at a Time

In classical homeopathy only one medicine is given at a time—often only once, and only a single tiny pill. The patient’s vital force is stimulated in the direction of curing the illness and given the time to do so. After the first consultation, a month is generally allowed to pass before the next visit.

At the follow-up consultation, the patient is checked to see whether curative progress is being made. Patients with chronic illnesses are often astounded that one small pill can cause such a great improvement of their condition. With acute illnesses changes can occur quite rapidly after taking a classical homeopathic medicine, within minutes—even seconds.

One Medicine May Suffice

If the patient is progressing well, no further medicine is given, progress often being monitored by phone. Otherwise, a new, more suitable medicine is found and allowed to act for a month or more. At times a medicine needs to be repeated to maintain the curative progress, or perhaps a deeper layer of the illness appears for treatment with another classical homeopathic medicine.

Other Therapies Derived from Classical Homeopathy

In the course of time, people have developed therapies in which mixtures of classical homeopathic remedies are used. Since many medicines are combined, this is therefore called polypharmacy. In polypharmacy, which is often practiced by medical doctors and other therapists, the medicine used may contain from several up to 25 or more low-potency homeopathic remedies.

These thereapies are not classical homeopathy as per its conception according to Samuel Hahnemann, namely the prescription of a single medicine (which can be a fixed combination of several substances) that has been tested on people (called a proving) and the results recorded in a Materia Medica (a book with a collection of symptoms for each medicine), which classical homeopaths can use to find the single medicine most similar to the patient’s symptom picture, according to the Law of Similars.

Therefore, practitioners of polypharmacy may use another name for their type of therapy rather than call it homeopathy. Examples of such therapies are biopathy, Vega therapy and naturopathy. In polypharmacy, diagnosis is often carried out with the aid of electronic equipment and standard indicator vials, and may involve the use of kinesiology.

Chronic and inherited illnesses of many years’ standing can take months to cure, but in classical homeopathy we are working with the patient’s vital force, allowing it the time it needs to reestablish balance on all four levels: the physical, emotional, mental and spiritual.

As illness most often originates on a level higher than the physical—the final level where disease manifests for mainstream treatment—this is a very sensible approach to healing. Thus, cures may be effected before physical pathology has had time to set in, i.e., when you feel that something is wrong, that your body is not working as well as it should.

Because the way classical homeopathy works is not well understood, it has unfortunately been neglected by conventional medicine, where man is seen as a collection of chemicals, and can therefore only be treated with chemical drugs.

Now that the existence of an energy field (aura) surrounding and permeating living things is becoming generally known, among others by means of aura photography methods, it can be understood that the non-chemical and non-toxic classical homeopathic medicines work through this energy field.

Learn How to Use Classical Homeopathy

You are invited to enter into the world of this often seemingly magical art and science of holistic healing and become a classical homeopath. Below are listed some websites where you can learn classical homeopathy via e-Learning, where free introductory online courses are often offered.

Or, if you want treatment, have your problem treated with classical homeopathy, whether it be a dysfunction or physical pathology.

Such problems can include: allergies, skin problems, sleeplessness, depression, eating disorders, infertility, concentration and behavioral problems, migraine, anxieties and fears, such as of flying, epilepsy and whatever else you might be suffering from.

If you want treatment for your pet, you are invited to consult a classical homeopathic vet for whatever problem your pet might have. You will find that fewer visits to the vet will be needed in the future.

The links below will lead you to books with more information and organizations that can direct you to the classical homeopath nearest to your location in the world.

The Ideal of Cure

As stated by Dr. Samuel Hahnemann:
“The highest ideal of cure is rapid, gentle and permanent restoration of the health, or removal and annihilation of the disease in its whole extent, in the shortest, most reliable, and most harmless way, on easily comprehensible principles.”

Schools:
The International Academy of Classical Homeopathy. Free introductory e-Learning video course. http://www.vithoulkas.com/en/home.html.
This school of the world-famous Prof. George Vithoulkas is located on the idyllic Greek island Alonissos in the Aegean Sea, where summer schools are held. Well worth a visit; also laymen may attend.

North American Society of Homeopaths (NASH). You will find directories for member practitioners and schools on their website.

Canadian Society of Homeopaths (CSOH). This organization is the first of its kind in Canada—a national professional association and registering body that is entirely independent of any particular school.

Kjetill Oftedal, a Norwegian by birth, physicist, systems analyst and homeopath by education, multilingual at an early age--a result of being raised in the U.S., Norway and the Dutch West Indies--has lived and worked in various professions in a number of European countries and the U.S.
Kjetill Oftedal has worked as a sailor, salesman, night guard, electrical engineer, North Sea offshore engineer and in the Sahara; tutor, high-school, adult education and university teacher; director of personal enhancement training institutions in Spain and Portugal; systems analyst, computer programmer; classical homeopath, multilingual translator, webmaster, managing director of a school and clinic of classical homeopathy he established in Spain.
While in Spain, he wrote a book on the subject of electrosmog--a much neglected and often purposefully ignored health hazard of the current technological civilization--for the Swiss company Smogly, and, lately, he has authored a book and web-based courses on classical homeopathy.
Kjetill Oftedal is the author of "Family Homeopathy and Survival Guide," a practical self-learning book for household use, which he is translating into Spanish.
Kjetill Oftedal has always been interested in the unusual, mystical and occult, leading him to write a number of esoteric short stories, some of which are published in "Nine Dewdrops," available from Amazon as a Kindle eBook.
He lives in Caracas, Venezuela with his wife Xiomara, where he writes and runs the International Homeopathic Web Clinic and Avila School of Classical Homeopathy.

Former director of the Iberian School and Clinic of Classical Homeopathy in Estepona, Costa del Sol, Spain and Gibraltar.