Whale Stranding Cover up by the Military and Oil Companies 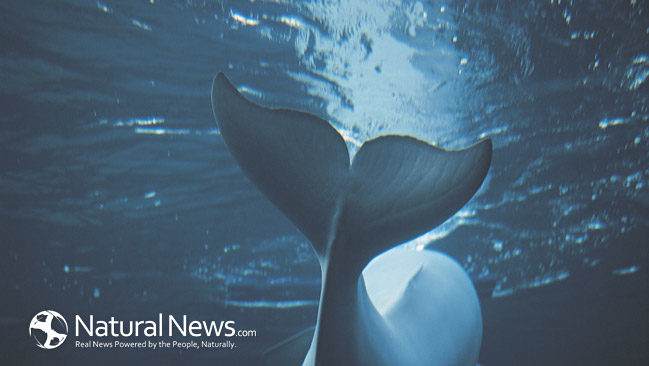 The Admirals knew of the whale stranding’s in the 1950’s,  that submarine commanders and that the oil industry seismic survey teams often killed whales with high powered nose cone sonars often just for sport! Scientists should have exposed the cover up a long time ago!

PUBLIC DEMANDED A LAW TO PROTECT MARINE MAMMALS
The US Navy and oil industry were afraid that US Congress might grant their wish. As mentioned above, the Navy and oil industry had been secretly killing millions of cetaceans with underwater dynamite used in ship shock trials, towed long-range underwater sonar systems, high-powered sonar in the nose cone of submarines, dynamite used to explore for oil, circular dynamite charges used to blow the legs out from under obsolete oil drilling platforms, and massive charges used for undersea construction projects. Not to mention all the underwater nuclear explosions starting in 1946.
PUTTING TWO UNDERWATER NOISE POLLUTERS IN CONTROL 97% OF WHALE SCIENCE IS LIKE PUTTING TWO PEDOPHILES IN CHARGE OF AN ORPHANAGE
Greedy whale scientists turn a blind eye to the obvious because money corrupts everything it touches! These crooked bastards sell out the very mammals they pledge to save. How will they explain this to their grandchildren when the truth final comes out? Every whale scientists in the world should hang their heads in shame! Even if they did not take part in the cover-up personally, they have known about it and should have revealed the scam years ago!
The shocking five-decade-long cover-up of the whale beaching mystery is all about dancing around the truth. To protect their money source, whale scientists offer hundreds of nonsensical reasons to answer the whale beaching mystery.
And the crooked media publishes it as fast as they can.
Just say a prayer for our whales and kiss them goodbye!
Whales use sonar or echolocation to navigate! When their built in systems are interrupted by Navy blasting, you may as well consider that whale “dead”!
Whales flee from the loud military sonar used by navies to hunt submarines, new research has proven for the first time. The studies provide a missing link in the puzzle that has connected naval exercises around the world to unusual mass strandings of whales and dolphins.
Unusual mass strandings, where multiple species of whale and dolphin beach at several locations at once, have soared since the introduction of military sonar in the 1950s and can be fatal. The strandings occur every year!
Today we are getting a much clearer picture, and it may mean throwing out what we’ve been programmed to believe about fossil fuels, CO2 emissions and global warming being the main culprit killing our oceans and planet. Now, according to research by the Marine Pollution Bulletin and others, we can add glyphosate, Monsanto’s Roundup Ready herbicide, to the top of the list.