We’ve Got The Power, And It’s About Freakin’ Time. 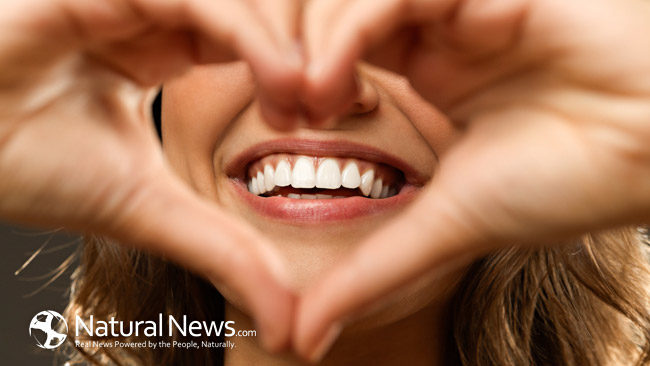 For decades, WE were the ones who were being TOLD what to do, what to watch, what to think, what to eat, what to look like, and whether we’re good enough or not; ultimately the plan was that “THEY” would be the ones deciding FOR us because “THEY” know best, whoever “THEY” are.

Their message is this, we should be good little Sheeple and say Baaa, don’t talk too much, don’t be too smart, don’t stir things up, consume what we tell you to, and BELIEVE what we tell you “as truth”, and everything will be OK.

“THEY” may still think that’s the way it is, but the truth is…

Those days are LONG gone.

First and foremost, we need to KNOW and REMEMBER that the power is inside us, always has been, ALWAYS will be.

We’ve just lost touch with it and have been programmed since birth to believe in the agendas of an unawakened society and NOT what’s in our beautiful hearts…our truth.

Even though it may APPEAR like we’re not fully in control quite yet, day by day, the walls are tumbling down. In reality, we are more in control now than EVER before, IF we decide to take our power back in ALL areas, and OWN it.

My motto is: “QUESTION EVERYTHING.”

Listen to your inner voice, your intuition, YOUR truth, and YOUR heart, NOT the programming and beliefs that were installed by our society and other people, even if well meaning, because they usually don’t know any better because they’re just repeating what they were told.

Also KNOW that there are people who DO know better and want to stay in control.

The GAME CHANGER is this little thing called the Internet.

Use it for good or use it for evil, like anything else, including money, it’s what you make of it, what you use it for, and how you direct your energies towards it. It’s an amazing tool, resource, AND has all of us, from all over the world coming together in large numbers to share our talents, voice, views, laughs, stories, and experiences, that’s what has changed EVERYTHING.

It’s a place for ALL of us to tell our stories and share our truths.

It’s a way for us to connect.

Ahh, people talking with each other, and not just being talked at. Not good for the old school peeps.

BIG win for us though.

One of the biggest shifts I’ve seen in recent years is in the TV, Film, Publishing, and Music industries both for creatives AND consumers.

The old way for creatives was you’d have to get past a gatekeeper to a studio, producer, executive, agent, etc and “convince” them of your talent, whether it be writing, singing, making films, acting etc.

THEY would decide if you were good enough.

THEY decided if you’d be let into “the club.”

You can now publish your own books, record and distribute your own music, make and distribute your own films, TV webisodes,  (all for next to nothing), post talent reels online, screenplays, and there’s a lot of other amazing ways of getting your content out there, build an audience, raise funding, and even end up being discovered by those we used to have to chase, but now many times, “THEY” end up chasing us, there’s countless cases of it happening.

For the consumers, there’s Netflix, Hulu, Amazon, and hundreds and hundreds of other online sites, including the studios and networks, that give you entertainment at your fingertips.

YOU decide what to watch and WHEN to watch it, and you can even SKIP past commercials, (the old school way of forced advertising), with a DVR or a click of a mouse.

You can even start a blog of your own or a podcast and get your voice out to the world in ANY way you choose, and NO ONE can tell you that you can’t, that’s where EVERYTHING changes, including how we consume ANYTHING.

EVERYTHING is online now.

YOU have a CHOICE.

You have a VOICE.

You have a TALENT.

YOU flat out totally rock.

Scott Brandon Hoffman is a Host, Comedian, Writer, Producer, and Inspirational Speaker who empowers, inspires, and entertains people around the world with his sought after mix of truth and comedy.

You can find out more about Scott and subscribe to his free eZine here:

Get Social with Scott:

Scott’s an Original, Funny, EDGY, Big Hearted, PROVOCATIVE, Irreverent, and much needed FRESH NEW VOICE who is creating quite a buzz internationally in both the Entertainment Industry as well as the Human Potential movement.

He’s part philosopher and modern day mystic, motivator, intuitive (go figure), bad boy, rockstar, AND comedian who empowers AND entertains people all over the world by uncovering the truth, telling it like it is, and bringing some sanity and laughter to all the madness; while chanting “screw the status quo,” and inspiring us to WAKE UP, but in a funny AND empowering way that everybody can relate to.

He’s a true trailblazer, renaissance dude, and a (hip, raw, and unfiltered) entertainer, producer, writer, and storyteller who is rocking the industry to the core through his unique, innovative, and original blend of Thought Provoking, Inspirational, and In Your Face Life Changing Wisdom Laced With Outrageous Comedy and Entertainment; a powerful one-two punch.

He writes about the things that makes us humans tick and what's important like health, freedom of speech, truth, self expression, authenticity, creativity, spirituality, choice, politics, comedy, film, TV, and books among other things.