Warning: Scented Candles Could be Killing You 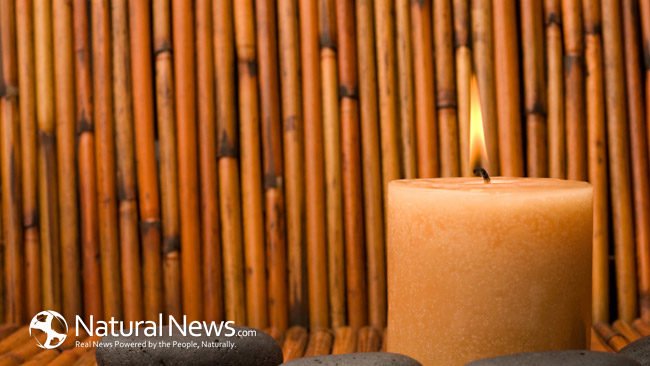 Scented candles are marketed to help regulate mood, remove unpleasant household odors and even evoke special memories. However, they may also be killing us.

The U.S. Environmental Protection Agency (EPA) has shown that compared to unscented candles, ones that give off a “pleasant” odor give off more soot. In fact, research shows that some scented candles’ smoke contains nearly the same amount of toxins as those from cigarettes. Just as startling is a study conducted by Dutch scientists who measured the air particles in churches where candles were burned for nearly nine hours straight. The results? The air in these churches contained 10 times as many free radicals as did the air next to a busy highway.

In addition to scent, the wick can pose a health risk. The EPA also found that candles with a cored wick, made with cotton wrapped around a metal or paper core, release the dirtiest soot which contains zinc, tin, lead and cadmium particles. Unfortunately, these particles can seep deep into our lungs, creating health complications and exacerbating existing ones, especially affecting those with allergies and asthma.

Suddenly that fireside hot chocolate or cotton candy breeze candle doesn’t sound so appealing, does it? While the names and colors of scented candles often seem good enough to eat or even conjure up vacation memories, it’s wise to choose healthier candle options.

Why Some Candles are so Dangerous

Many candles are made primarily with paraffin, which is from petroleum, a nonrenewable source that contains carcinogenic substances. Add fragrance to that, and we’ve got a double whammy. According to a study conducted by the EPA, chemicals in fragrance include ethanol, acetone and benzyl acetate, to name just a few. In fact, when the word “fragrance” appears in anything from scented candles to skin products, it’s thanks to a loophole in which most industries are legally allowed to use the word in lieu of the long list of harmful ones that can cause respiratory failure, kidney damage, central nervous system disorders and headaches.

As if this isn’t bad enough, the manner in which people use candles worsens the situation. Because they are often used for relaxation or ambiance purposes, candles are often lit in smaller spaces like bathrooms or nooks where ventilation is virtually non-existent.