The War Drum: The Media and Mandatory Vaccinations 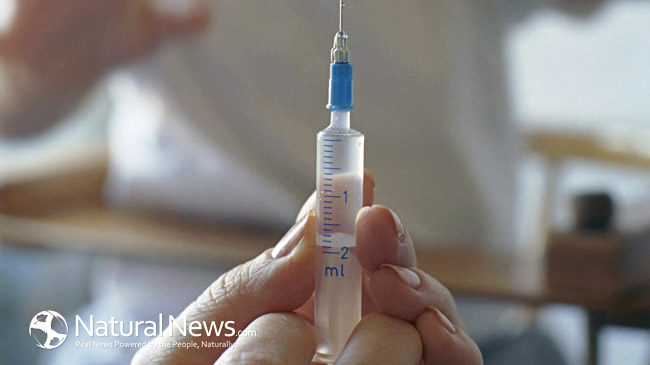 What is most disturbing is the reporting by major news networks is reminiscent of the one sided coverage they portrayed to the public in the lead up to the Iraq war.

News coverage up to and during the Iraq war has since been exposed as propaganda. It was used to support what many now acknowledge as an illegal war. Protests against the war received little coverage from the mainstream news media and the few journalists with integrity who dared to question the wars legality were either fired or blacklisted. Phil Donahue[4], for example, was the recipient of a pink slip from MSNBC for his anti war views.

People who spoke out against the war were often branded as unpatriotic. John Pilger quoting Dan Rather[5]:

“There was a fear in every newsroom in America,” he told me, “a fear of losing your job . . . the fear of being stuck with some label, unpatriotic or otherwise.” Rather says war has made “stenographers out of us” and that had journalists questioned the deceptions that led to the Iraq war, instead of amplifying them, the invasion would not have happened. This is a view now shared by a number of senior journalists I interviewed in the US.”

It was reckless and irresponsible reporting by trusted journalists and major news networks. The press did not provide fair and balanced coverage of the events. They succumbed to the popular national narrative provided to them by the White House and military officials. Seasoned CBS newscaster Dan Rather would later admit[6] to having being carried away himself… by the beat of the war drum.

Now the drums are beating once again.This time the war is to push mandatory vaccinations and to demonize anti-vaxxers who oppose it. Journalists are simply parroting the government and public health officials and are failing to investigate the whole story[7].

The message viewers are getting is that vaccines are completely safe and vaccinations should be mandatory. The networks are drumming this idea over and over and its being advocated by doctors and presidential hopefuls like Hillary Clinton[8]. However, doctors are known to be wrong and make mistakes, Hillary well[9]….

What journalists fail to bring to the table is any evidence to justify vaccine safety. They point out how diseases have been eradicated through vaccinations, and show the terrible effects of people who were once affected by disease. They also claim the CDC and the WHO as their authority but they don’t have tests to prove the safety of vaccines. Testing vaccines is left up to the manufacturer of the vaccine. But more on that later.

What the bias news media and pro vaccine advocates quickly point out in their pursuit of a mandatory vaccinations is that anti-vaxxers are the cause of the latest outbreaks for refusing to be vaccinated.

The pro-vaxx media are painting anti-vaxxers as people who are heartless[10] and cruelly put the immunocompromised, and the rest of the nation at risk. They are also portrayed as mentally unstable[11], irresponsible parents who follow internet myths and recklessly endanger their own children. But worst of all anti-vaxxers decry the national narrative. They are enemies of the state public health officials.

Most journalists are not asking or investigating  the reasons anti-vaxxers have chosen not to vaccinate. Additionally, they fail to report about people who have been harmed by vaccines and the manufacturers who produce them. Which begs the question, is there an agenda behind the media’s bias reporting? It happens. Rupert Murdoch, founder, chairmen and CEO of 21 Century Fox that owns Fox News Channel admits the news is used to shape agendas in this rare video.

To sum it up, anti-vaxxers are demonized by the press for not playing nice with public health officials or buying their “it’s completely safe”, mantra.

Anti-vaxxers are passed off as simple fools for not believing the “science”. But are they really as ignorant and as dangerous as they are portrayed?

I decided to look into the other side of the story. Here are some of the things I learned.

1.     Although implying rigorous testing, Health Canada does not do independent vaccine research but allows the pharmaceutical companies that manufacture the vaccines to conduct their own safety trails[12].

I contacted Health Canada and asked them to confirm if they approve vaccines based on data provided to them by the pharmaceutical company that manufactures the vaccine? I received this answer from Maryse Durette, the Senior Media relation Adviser, from the Public Health Agency of Canada,

“No, it is not true. Like all medicines, vaccines must undergo several stages of rigorous testing to ensure their safety and effectiveness before they are approved for use in Canada.

The safety of vaccines is closely monitored, starting early in product development and continuing for as long as the vaccine is used. Only vaccines that have been approved by Health Canada can be sold or used in Canada.

All vaccines for use in Canada, including seasonal influenza vaccines, are regulated by Health Canada whose scientific and medical staff evaluate data submitted to Health Canada by the manufacturer or sponsor (emphasis added).”

2. The CDC[14] and Health Canada[15] have their own propaganda team to push vaccine safety on the public.

3. Health Canada, assuming a passive approach to admitting the dangers of vaccinations on their Pro Vaccination handout[16],  does not list the same type of reactions to vaccines that even the pharmaceutical company admits on the vaccine insert [17] included with the vaccine. Vaccines are not as safe as they would lead us to believe.

5. Companies that produce vaccines are protected from being held responsible [20] for vaccine related injuries.

6. There are studies of vaccine related injuries[21] from around the world. See here [22] as well.

7. It is possible that vaccines are responsible for making people resistant[23] and more susceptible to viruses.

9. That Pharmaceutical companies are private corporations held accountable to their shareholders[26].

10. The pursuit of herd immunity[27] could be what leads to the creation of a mutated virus.

11. Some evidence suggests[28] It may be better for people who are healthy to get the virus and build up natural immunity.

12. Drug companies that vouch for the safety of vaccines, have been convicted of falsifying data.[29]

13. People who have been vaccinated spread the virus[30].

14. Vaccines have a poor track record. Injuries and deaths in the past have prompted Health Canada todiscontinue vaccines that were once deemed perfectly safe[31].

Based on the evidence and inconsistencies presented above, it is possible to conclude two things:

1. Major media outlets are being irresponsible and not doing their job. The pro/anti vaccine controversy is not fairly reported by the major media networks. This is a disservice to both viewers and readers.

Considering the legitimate issues raised above I would suggest there has to be an open and honest dialogue on the issue.

Vaccines have been reported to save many lives. But they are not safe for everyone and their manufacturers are not without controversy. People should have the right to refuse mandatory vaccinations when the government and vaccine manufactures will not adhere to the strict rule of transparency and accountability.

Let’s not let the beating of the drum make fools of us again.

Could you add to this list? Mention it in the comments below.