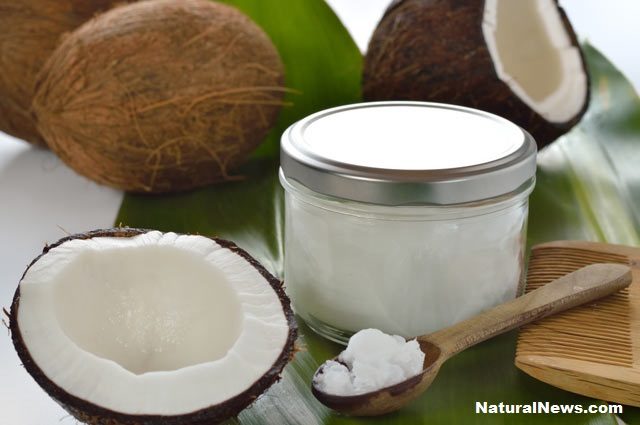 It all started when a friend of mine, who had suffered eczema asked for a natural remedy to help alleviate the condition. He had used many types of medicines and lotions but failed.

I suggested him to take 1 tablespoon of virgin coconut oil (VCO) twice a day. I also advised him to apply the oil on the affected area twice a day. He was 60 and had never experienced metabolic syndrome or any kind of serious disease.

Where his lifestyle is concerned, he had adopted all elements of a healthy lifestyle. After several weeks of using the hot processed VCO, the eczema had subsided about 50 percent. He used it for six months and did not experience much improvement.

In the middle of the seventh month of self-administering the VCO, a friend from Bali came to his office, and he told him everything about the eczema he had suffered from. He also mentioned about the simple protocol I recommended him to experiment with.

His friend then responded by saying that he would bring a cold processed VCO on his next visit. He assured him that the VCO would work better than the existing one.

As promised, his friend returned in the eight months bringing along a kilogram of VCO, which he claimed solely prepared by him.  When asked how he made it, he said that he let a bottle of freshly extracted coconut milk fermented for 3 weeks, then, he separated the floated oil from the water beneath.

After a few weeks of taking the oil orally and applying on the skin, the eczema gradually subsided. He continued using the oil for a year, and the result was much the same.

He experienced more frequent morning wood and the best erection he ever had in years while taking both VCOs.

Erection? Yes, erection and how VCO intake may help men with erectile dysfunction as well as optimize erections in normal men is the topic I would like to discuss in the rest of the article.

Advocates believe VCO intake raises testosterone hence promotes better erections. Optimal testosterone levels are vital for improving the primary male sexual organ sensitivity and other erogenous parts. As the causes and effects are primarily based on personal observations, it is hard to tell whether regular intake of VCO actually raises the testosterone levels.

Another important mechanism involved in an erection is a role played by nitric oxide (NO). NO is a gaseous free radical naturally produced in the body. One of its roles is functioning as a vasodilator (dilate blood vessels), including that in the heart and the primary male sexual organ.

Topics on nitrates and nitrites, nitrosamines, and how antioxidants suppress nitrosamines formation will be discussed in my future articles.

Antioxidants found in fruits, vegetables and tea, are thought to increase the bioavailability of NO. The intake of VCO is said to produce a similar result.

A study showed that phenolic compounds in hot processed VCO were higher compared to that of cold processed VCO. However, my friend who took two distinctly processed VCOs, each of which was prepared through a unique process did not report any significant difference in the erection levels.

The study showed that traditional coconut oil produced in homes mostly in rural areas, which meets the criteria of a hot process was found to contain the highest amount of phenolic antioxidants compared to other processes.

Advocates believe that it is the medium chain fatty acids of coconut oil to be responsible for stronger erections in men. They argue that saturated fatty acids contribute to a balanced cell membrane fluidity, which results in improved overall cell physiology, hence producing stronger/harder erections.

Phenolic antioxidants found in VCO that impart the increased availability of NO is believed to act synergistically with medium chain fatty acids in contributing to stronger erections.

Can anyone take a guess how my friend cured his eczema?

During his visit to Sabah (one of the two Malaysian states on the island of Borneo), an acquaintance recommended him to take ‘halia bara,’ which is a ginger family. The species name of this herb is Zingiber officinale var rubrum. The taste is much hotter than ordinary ginger. It offers many biological activities, including toning the liver, aiding digestion, supplying antioxidant, stopping/preventing inflammation, raising bioavailability of other nutrients, and improving blood circulation.

The taste is much hotter than ordinary ginger. It offers many biological activities, including toning the liver, aiding digestion, supplying antioxidant, stopping/preventing inflammation, raising bioavailability of other nutrients, and improving blood circulation.

Two weeks after taking a daily dose of a half glass of the decocted herbal liquid, the eczema was almost healed. After two months, his complexion returned to normal.