Violence – A Side Effect of Psychotropic Drugs 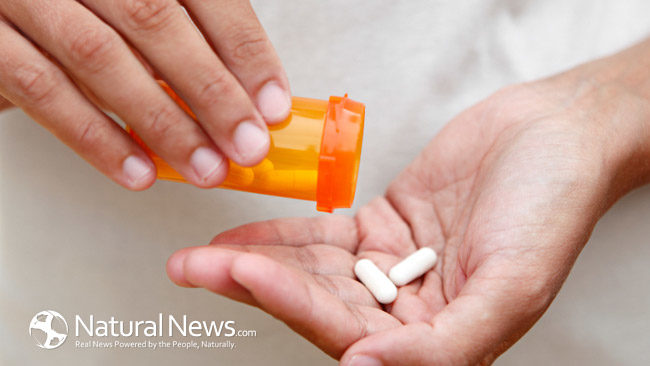 These days antidepressants, psychotropic drugs, and mood enhancers/stabilizers are being given out by physicians like Tic-Tacs.
Feeling sad? Have a pill. Feeling mad? Take a pill. Feeling anything at all? – We must correct that! – Here is a prescription.

When did we all stop dealing with our problems and start believing that swallowing a magic pill would solve everything?

It would be lovely if it worked. The proof is in the pudding though. More and more patients on these medications are losing their grip on reality and becoming actively violent.
Recent shootings in the news – Sandy Hook, The Batman Movie Shooting, Columbine, and others all have a common denominator : Prescription drugs were all in their systems at the times these crimes were committed.

According to a study published in the journal PLoS One and based on the Food and Drug Administration’s Adverse Event Reporting System, the following mind-altering drugs are most frequently linked to violence:

10. Desvenlafaxine (Pristiq) is an antidepressant associated with 7.9 times more violence than many other drugs.

9. Venlafaxine (Effexor) is related to Pristiq and is an antidepressant also used in treating those with anxiety disorders. Effexor is 8.3 times more associated with violent behavior than other drugs.

8. Fluvoxamine (Luvox) is an antidepressant that affects serotonin (SSRI) and is 8.4 times more likely to be linked to violence than other medications

7. Triazolam (Halcion) can be addictive and is a benzodiazepine that supposedly treats insomnia. It’s 8.7 times more likely to be associated with violence than other medications.

6. Atomoxetine (Strattera) is often prescribed to tread ADHD and is 9 times more likely to be associated with violence.

5. Mefoquine (Lariam) treats malaria and sometimes products bizarre behavior, and it is 9.5 times more likely to be linked to violence.

4. Amphetamines come in many forms and are often used to treat ADHD (even to children not diagnosed with ADHD). They are 9.6 times more likely to be linked to violence.

3. Paroxetine (Paxil) is a selective serotonin reuptake inhibitor (SSRI) antidepressant. Many users experience severe withdrawal symptoms and are more likely to produce children with birth defects as well as 10.3 times more likely to be linked to violence than other medications.

2. Fluoxetine (Prozac) is a household name for a powerful SSRI antidepressant linked with 10.9 times more violence than other drugs.

1. Varenicline (Chantix) is administered to smokers to supposedly help curb cigarette cravings, but it’s a whopping 18 times more likely to be linked to violent behavior than other drugs.

There is literally no accountability. Pharmaceutical drugs are killing people by the thousands through both toxicity and behavioral side effects, but no one seems interested in banning these drugs or holding Big Pharma and prescribing physicians accountable.

The FDA, which approves these drugs, recognizes that more 100,000 adverse drug reaction deaths occur each year. This is the fourth leading cause of death, ahead of pulmonary disease, diabetes, AIDS, pneumonia, accidents and automobile deaths.

Drug companies bribe doctors to prescribe their medications and use fake studies to build belief in their effectiveness and safety.

The best way to deal with your feelings is to face them head on. Drugs are a crutch, and not a very good one at that.

They may make you feel better in the interim short term, but they do not have the ability to correct anything. They cannot and do not make better life choices for you that will lead to happiness.
If you feel you have a chemical imbalance, consult a Holistic or Naturopathic Physician who can help you work with not against your body in order to correct this.