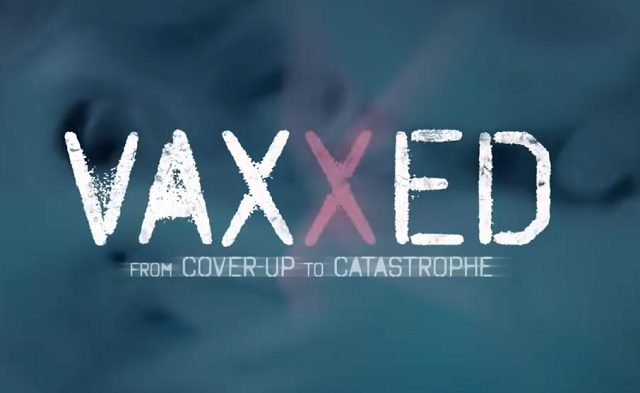 Vaxxed is a documentary every mother should watch—especially pregnant and new moms. Prior to seeing the film, I had heard things here and there that vaccines could possibly be linked to autism. Accounts that these parents claimed their babies were born normal, healthy and happy. Every mother who has a son holds her breath until clearing that  two-year checkup: the golden line of autistic symptoms showing up. Reports suggest genetics, or environmental conditions. I have always held a strong belief that a mother knows her child. That if she’s claiming that somethings happened, something switched in their baby, that the changed occurred.

Vaxxed reveals the corruption in the CDC and the great lengths taken to hide the scientific studies that link the MMR vaccine to the onset of autism. MMR combines the Mesales, Mumps, and Rubella viruses. Further investigation revealed that the single vaccine of Measles, did not have the same high probability of the onset of autism. However, after this discovery, the single shots were made unavailable and remain that way to this day. Scientific studies reveal that males are affected more than females. African American babies are over 300% more likely to develop autistic symptoms than caucasians.

It is worth noting that research showed that refraining from MMR vaccination until after the age of 3 drastically decreased the likelihood of developing autism symptoms.

Severity of symptoms can be reduced by consuming non-gmo foods. Some researches believe that autism presents the filtration of toxins from the body.

The documentary goes on to show that the coverup doesn’t just stop at the CDC. The media’s outcry of Disney’s measles outbreak was perfectly timed with the breaking news of the CDC whistleblower, ultimately overshadowing it.

If you’re not crying by the end of this film, there is something seriously wrong with you.

I would have loved more scientific data, being a scientific paper research junkie, but this documentary was a great basic way to transmit pertinent information and opens the doors (hopefully) for more independent research.

Currently there are a few studies that have tackled the correlation between vaccines and autism.

A July 2014 study revealed that contrary to popular belief paternal age does not have an increased affect on the probability of a child’s development of autistic symptoms.

“Change points in these countries corresponded to introduction of or increased doses of human fetal cell line-manufactured vaccines, while no relationship was found between paternal age or Diagnostic and Statistical Manual (DSM) revisions and autistic disorder diagnosis. Further, linear regression revealed that Varicella and Hepatitis A immunization coverage was significantly correlated to autistic disorder cases.”

The study also determined that there was a direct correlation to the increase of autism and the use of human fetal cell use to grow the MMR, Varcella (chickenpox), and Hepatitis A vaccines.

It is worth noting that the FDA fact sheet on DTaP (Diphtheria, Tetanus, acellular Pertussis) notes the following:

Once you start digging down the rabbit hole, you’ll find a lot of information has been destroyed and deliberately hidden. Doctors like Jeff Bradstreet seem to have stumbled into mysterious deaths.

Go see this documentary and start your own journey into the truth of what is going on in our world.

Your children’s quality of life can be changed in a single day.

And for all those already victim to a system of misinformation: research all the ways you can help detox your child’s body.