Use This Cheaper, Safer Flu Remedy that Kicks Tamiflu’s Butt 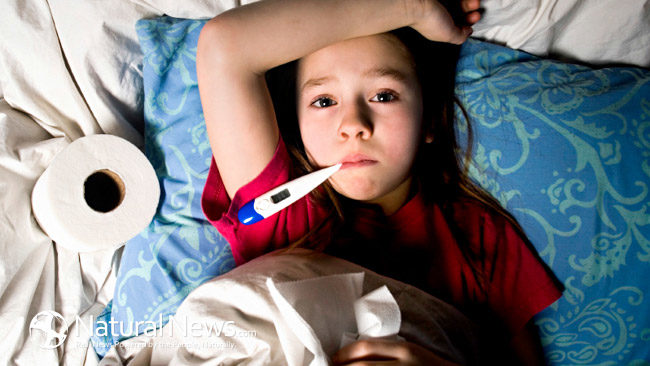 I’m amazed that so many ads for Tamiflu at prices from $110 and up exist for 10 tablets that will probably all be consumed during a flu viral infection, and that so many are ignorant and confused enough to buy them.

According to a February 5, 2005 New York Times article, the World Health Organization (WHO) has even admitted that Tamiflu is not as effective as previously believed.

If you get the flu read, listen to music, watch TV and movies while you’re resting and you’ll be okay sooner rather than later with an elderberry extract syrup or tincture. Yeah, you’ll miss some work or school or an event you had scheduled. But fatality scares are exaggerated.

Flu dangers promoted by the CDC are generally overblown, even falsified, to encourage flu shots and Tamiflu for their revolving door partners in the pharmaceutical industry.

The CDC has even been caught cooking the flu numbers to make flu seasons seem worse than they are.

Flu deaths are mostly from “complications” like viral pneumonia among the seriously immune compromised and elderly, both of whom should not risk the dangers of flu vaccinations’ adverse reactions either.

Besides being very expensive and mostly ineffective, Tamiflu is fraught with side effects, ranging from mimicking serious flu symptoms to tremors, convulsions, and suicidal tendencies.

The Sydney Herald of Australia on April 20, 2009 reported that a Japanese study had been completed on the side effects of Tamiflu with negative results. A major reason for the study was to determine if Japan should lift its ban on Tamiflu, which was very unlikely because of the of the conclusion of that study.

Out of 10,000 test cases of Tamiflu used by young people under 18, over half exhibited unusual behavior after taking Tamiflu. That behavior was sometimes as extreme as attempting or committing suicide. Eighteen deaths among young Japanese were associated with taking Tamiflu.

The lesser side effects include fatigue, dizziness, vomiting, headache and coughing. The only positive of this very expensive medication is symptom relief for one and a-half days less than a normal bout of the flu. But its common side effects mimic flu symptoms anyway!

I’d rather spend less time in bed with my favorite movies and music, thanks to my elderberry extract tincture.

A clinical trial during a 1992-93 severe flu outbreak in Israel confirmed a perfect cure rate of severe flu victims there. Another study performed in Oslo, Norway more recently, around 2001-2, also confirmed the amazing efficacy for type A or B flu victims of several different strains.

The elderberry cures mostly occurred in two days while a few were cured in three days. Tamiflu cures occurred in 4.5 to 5 days. It took 6 days or more for the flu victims on placebos to recover.

What was used in both the Israel and Norway clinical trials was a black elderberry extract product called Sambucol. It’s been around as a cold remedy and preventative for a long time, but until the 1990s it wasn’t clinically tested against several strains of flu viruses. One trial in 1995 tested Sambucol’s success against a variety of flu strains.

Several strains of both Type A and Type B viruses covers a lot of the scary scenarios that the CDC and others are predicting as possibilities almost every flu season. They always find some small variant flu virus mutation isolated breakouts and warn it could happen here.

There were no side effects from taking this inexpensive flu cure. Sambucol and other elderberry brands that will last for an entire flu season can be picked up at any pharmacy, some health food stores, or ordered on line for less then 10% of the price for Tamiflu.

At the end of this article there is a simple Black Elderberry extract remedy recipe. In other words, you will be empowered with making an abundant supply of this extract cure to have on hand.

The University of Maryland Medical Center reports: “Elderberry may have anti-inflammatory, antiviral, and anticancer properties” and “one study suggested that elderberry could kill the H1N1 virus.”

Elderberry has a very high ORAC, or oxygen radical absorption capacity, over twice as much as blueberry. In addition, antioxidants called flavonoids stimulate the immune system. Other compounds in elderberry, called anthocyanins, have an anti-inflammatory effect; which would explain the effect on aches, pains, and fever.

According to one source, scientists have isolated a compound in black elderberry proteins they called Antivirin, which keeps several different strains of viruses from infecting healthy cells.

Do what’s recommended to avoid the flu, like increase vitamin D3 (cholecalciferol sourced, not pharmaceutical D2) and vitamin C supplementation, along with zinc and magnesium, stress less and rest more.

But just in case the flu bug bites, here’s that recipe for making your own black elderberry extract tincture:

* Clean a large jar, at least on quart, and organic Sambucus nigra (only) elderberries to around the one-half level of the jar.
* Now fill the jar to top with 100 proof vodka, which is half grain alcohol and half distilled water. Put a lid on tightly.
* Label and date the jar.
* Store in a dark cupboard and shake once every day.
* Let it sit for at least two weeks before you strain it. A month would be ideal.

You can use it without straining it too, and it’ll just continue to get stronger.
Tinctures kept properly last for years because the non-lethal grain alcohol keeps it from spoiling.

Dosage: 1 teaspoon four to five times daily for children during infections. Adults should use a tablespoon for each dose. You can dose once daily as a preventative during the flu season.