USA Continues to Stun Other Countries – Defeated Germany in Friendly 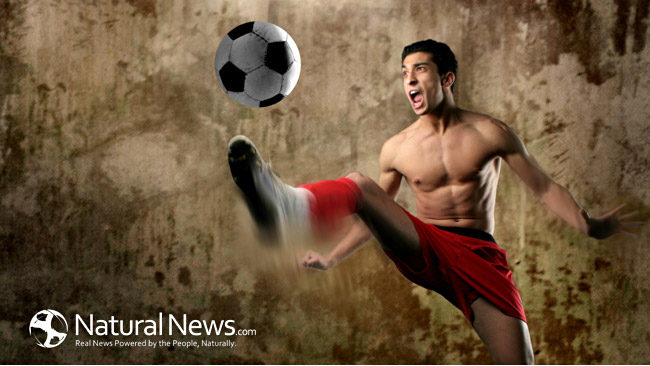 The United States hasn’t always been known for it’s soccer. In fact, soccer has long taken to the sidelines to a wide variety of other sports (namely football, baseball or basketball), but this time of year, it’s finally soccer’s time to shine. Especially when the United States is looking as hot as they have been. We love to see America lighting up the field, scoring where it needs to and making important goals when it counts the most to bring our country some well-deserved recognition.

Bringing the World Cup to America – US Successes

This last win – a two to one defeat against last year’s World Cup champions (Germany) highlights the power-packed team determination that we love to see in our soccer teams. And we especially look forward to seeing the United States place high this year in the world cup standings.

Unfortunately, the German team that was defeated was well below full-strength. The German coach Joachim Loew rested his best players Manuel Neuer, Toni Kroos and Thomas Mueller during the match, as well as other stars simply to guarantee that they’re fresh in the first rounds of the qualifiers that are coming up in Gibraltar on Saturday.

One of the major highlights of this competition was how the United States kept it’s momentum strong throughout the game to power through the tough times in this challenge. They dominated the flow of the game as it continued throughout the second period. Many spectators claim that the most exciting parts of the game were found in the first forty-five minutes. However, the true action was after the United States powered through the first forty, nudging a shot past the keeper Ron-Robert Zieler in the 41st minute. From that moment on, the United States owned the entire competition.

Keeping up the Heat – US Matching Shots All Match

The German defense lacked serious first-choice defenders, and looked increasingly shaky as the United States shredded their offensive attempts all night. Destroying the majority of the momentum for a rag-tag German team, the US team continued to deliver spectacular shots – one from Alfredo Morales, and a funneled scoring drive in the 87th minute by Wood who fired a spectacularly spaced shot into the corner of the goal far outside of the range of the keeper. That shot sealed the deal for the US, finishing the night with a very well deserved win. This was made even more real after the German squad fell short on a tying drive in the end with a missed header that struck the bar, paving the way for a United States victory.

This win marks the second in two friendlies – one over the Netherlands in Amsterdam (4-3) and this last one over Germany – making the first time that a United States team has shown power over these other teams. The American team is in great standing to win the conference, marking the beginning of a very important summer conference for soccer fanatics. With a no-holds barred approach, the US team is sure to excite anyone – even those who don’t watch soccer , keep up with Goal.com or TheBigGame or even those aren’t very familiar with the game.

“We continue to feel like we’re moving along, it doesn’t matter who we play against, we can step on anyone on the field and beat anyone.” Bradley says on FoxNews.

It’s not only about winning, though. These games bring good momentum into the following weeks when the wins go down on paper and the overall success will bring more attention to soccer in America. As long as the United States team continues to win and dominate opponents, we’ll hopefully see a spot for the US in the Gold Cup in 2017, and a powerful future team for America, with 16 players under the age of 32.