US withdrew from Iran deal. Here’s what I think 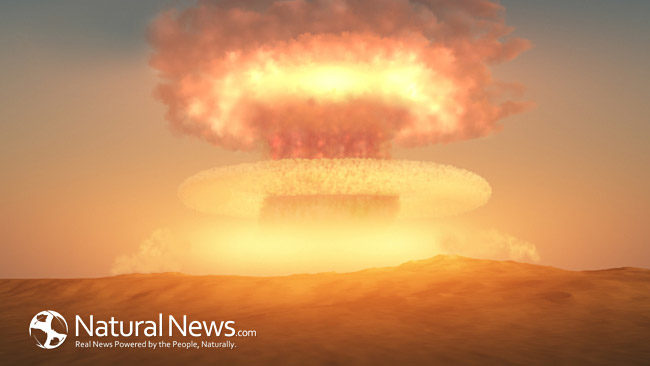 Americans suffer from the illusion that they must have everything their way. After all, we are “exceptional”. The idea that Iran might have some needs of their own is seen as a non-reality. They just want to go to war and control the Middle East, we say. This agreement, we say, just shows how the US has fallen, because we were once able to tell anyone in the world what they must do (maybe a little more so in the decades after WW II, but not so much before that, and as the world changes, not so much today). We oftentimes neglect to consider the other party’s perspective due to seeking short-term benefits that, according to multiple reports, are rooted in our selfishness.

This has only grown worse in the past 70 years. The prognosis for a political culture in which citizens have been conditioned to think only in terms of “me” is grim since democracy for earth man requires, for its continued vitality, an understanding that we are all in this together.

I think in case of Iran, as it seems, the negotiations led by the then secretary of state John Kerry, on the surface, kept Iran from developing a “possible” nuclear bomb therefore putting an end to the underlying theory that Iran was going towards nuclear bomb. Yet, deep down, it held out the hope that we could form a workable relationship with Iran beyond self-interests or selfishness.

It is an issue that is weakening our community and is creating a culture of impassivity. We must play a part for our mutual advancement whether we want it or not this is our world. Sometimes sacrifices need to be made and sometimes compromise. That is how real-world issues are finally resolved.

Nowadays our standing in the world is challenged by an ego-oriented foreign policy that wants to destroy the past (without any plans to give peace a chance) and reap all the benefits through one-sided deals. This worldview has sidelined positive engagement with countries like Iran that could have made our industry boom, our businesses from agriculture to pharmaceuticals flourished and our relations a lot better off and far from antagonization. Our foreign policy of sanctioning and all that has backfired and isolated us in the world stage.

It is in large part caused when our leaders gave avarice and selfishness a free rein. Something also very slowly, but systematically, peddled by a 24/7 propaganda-spewing partisan media. A media that is wheeling or engineering the thinking of people who are mostly battered by financial crisis and at the same are taken advantage of by special interests, who are unable to decipher the truth from spin on issues ranging from climate change to deficit spending during a recession to Iran nuclear deal, in a scary and rapidly changing global economy. A media that likes to cover a hawkish national security who puts his ego before everlasting peace, who openly promotes regime change, but never reminds its viewers of such illegitimate and defeated strategies.

I have traveled Iran and visited this beautiful land at least 3 times until now. There is a lot to say about it. Personally, when you sit and simply meet and share tea with an ordinary Iranian—as I was able to do throughout the country—you would oppose harming this cradle of our civilization or its people much less the country.

Think about it for a second. We are part of a larger world than just north America; if the U.S. is going to be a part of the leadership of the world, we need people that can listen to others and not just use a cudgel. We need leadership that can speak of integration and not practice segregation. We need a leadership that can overcome selfishness and its next of kin—envy.