Unmasking the Truth: Part 3: Do Masks Cause Infections? 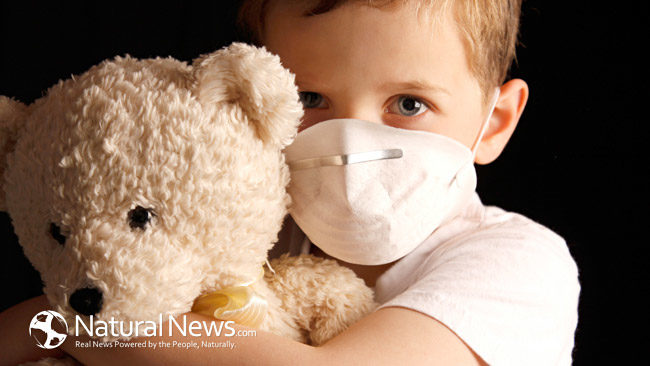 A 1981 study published in the Annals of the Royal College of Surgeons of England looked at the effects of masks on post-operative wound infections in a forty-bed surgical ward. All kinds of surgeries were performed there: cholecystectomies, gastrectomies, thyroidectomies, bowel resections, prostatectomies, herniorrhaphies, cystoscopies, bronchoscopies, and gastroscopies. No masks were worn in the operating room for the six-month period from March-August 1980.

A 2016 Cochrane Collaboration review summarized the results of randomized controlled trials on the effect of masks on post-operative wound infections. The review included only so-called “clean” surgeries (i.e., ones that did not involve organs that contain pathogens such as lungs, gut, genitals, and bladder, and in which it was expected masking might be most likely to make a difference in infection rates), so the 1981 Annals paper was not included. The researchers found no effect of masks on the rate of post-operative wound infections.

And remember all the subjects of these studies were trained medical professionals, wearing masks or respirators specifically designed for the purpose of infection control. These results stand in stark contrast to over a century of received wisdom.

Why might that be so? A 2013 Indian study gives us a hint. The researchers measured the number of bacteria exhaled by operating theater personal just prior to donning masks, and thereafter at 30-, 60-, 90-, 120-, and 150-minute intervals. At the 30-minute mark, the number of bacteria exhaled had dropped dramatically, but then it began to climb, reaching the pre-masking levels by the 120-minute mark and exceeding them at 150 minutes.

Is anyone surprised? Why did anyone think wearing a warm, moist rag a millimeter away from his or her mouth, for hours at a time, creating the ideal conditions for bacteria to multiply, would be a good thing? This is a gigantic, uncontrolled experiment.

The only other time this experiment in mass masking has been tried was during the Spanish flu epidemic of 1918-1919, in which untold millions died. A 2008 study looked at post-mortem tissue samples from fifty-eight autopsies and reviewed 109 autopsies series that described 8,398 individual autopsy investigations from that pandemic.

Histological examination of lung tissue samples as well as pathological and bacteriological findings from the published autopsy reports all revealed that virtually all the subjects died of bacterial – not viral – pneumonia.

The increased fatality rate of the Spanish Flu pandemic could not be chalked up to an increased incidence of influenza, nor to an increased death rate for those afflicted with broncho-pneumonia. The bacterial pneumonia cases were attributed to a wide variety of strains, refuting the notion that the fatality rate was due to some sort of new “super-bug” strain of bacteria. Patients who were not afflicted with bacterial pneumonia usually recovered.

By the way, this study was performed by Anthony Fauci and two of his colleagues at the National Institute for Allergy and Infectious Diseases – the same Dr. Fauci who first advised the public not to wear masks, then reversed his advice, and then was spotted ignoring his own advice (and not social distancing) while attending a Major League Baseball game.

On Friday 2 October, Shepherd School District in central Michigan has canceled face-to-face classes after more than a dozen cases of strep throat were reported among students and staff, “despite Covid-19 protocols.” The possibility that these infections were transmitted because of Covid-19 protocols was not considered.

There has been one – literally one – experimental study on the effectiveness of cloth masks in preventing the spread of airborne viruses in a clinical setting. The study, carried out in Viet Nam by a team of Vietnamese and Australian researchers, focused on 1,607 health care workers in high-risk settings. These workers were divided into three groups. One was instructed to wear medical masks, the second to use cloth masks, and the third group, the control group, was asked to continue doing whatever they had been doing all along, which may or may not have included mask wearing (the IRB had deemed it would be unethical to ask them not to wear masks if they wished to do so).

In fact, workers in the two mask arms of the trial wore their masks only about half of the time, while those in the control arm wore masks about a quarter of the time (these may have been either medical masks or cloth masks).

In plain English, the researchers found no evidence that cloth masks protect against infection – and some reason to believe that they might actually be making things worse, possibly by concentrating and retaining pathogens the wearer might otherwise avoid by not using a mask.

And remember, these were professional health care workers, each of whom was provided with one mask for every day of the week and who were instructed to wash the masks after every day’s use. It seems highly unlikely outcomes would be better among in the wider world, with an endless variety of masks, which are not fitted to the face, and which are made of materials that have not been tested for filtration efficiency, being utilized by individuals with no healthcare training.

Could the staggering death toll of the 1918-1919 Spanish Flu pandemic have been exacerbated, rather than alleviated, by the widespread masking practiced at the time? And could any of the deaths attributed to Covid-19 in fact be due to bacterial pneumonia caused by mask-wearing? Neither Dr. Fauci nor anyone else in a position to do so seems interested in finding out.