The Uncomfortable Truth About Dr Wakefield And Why Your Story Of Vaccine Injury Is “Essential” – 6319 Stories And Counting! 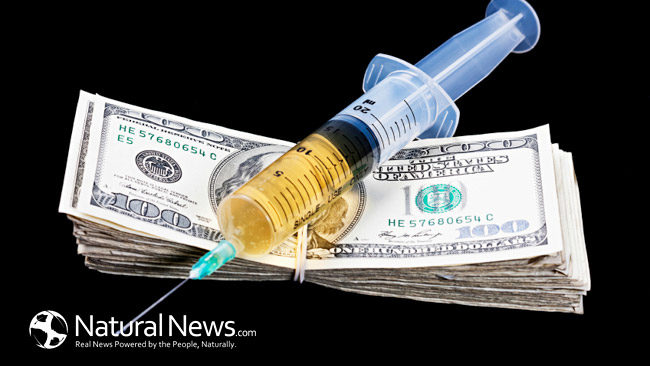 …the uncomfortable truth if you’re big pharma, that is.

Find Out Why Your Vaccine Injury Story Is “Essential”

If you and your family remain unvaccinated, he’d also like to hear from you too. Please read on to discover the truth of what the good Doctor Wakefield is really doing and why it’s imperative to share your stories, both vaccinated and unvaccinated.

The Dr Wakefield Story Isn’t Quite What You’ve Heard

If you watch the TV or consume any type of mainstream (read fake) news media, then you might want to ask yourself who owns these broadcasting-to-millions corporations. You see, when you want to look for motive in this capitalistic world, you follow the money. But you already knew that.

Please remember while reading this article that everything I assert, I’ve backed up with references, and have the screen captures to prove it! In addition, I’m pretty sure you already realise that the mainstream media isn’t telling you the whole story. They’re proven liars. When’s the last time the mainstream gave you access to their so called references? That’s right, they don’t. Don’t believe me. Follow the links and do the reading. It’s all there.

After heavily researching the Dr Wakefield story, it’s become glaringly obvious to me that only half of Dr Wakefield’s saga has been told. The now infamous story of the research study “Ileal-Lymphoid-Nodular-Hyperplasi, Non-specific Colitis and Pervasive Developmental Disorder in Children” by Wakefield et al, stills sits online as having been retracted by The Lancet. They have flatly refused to remove the retraction despite a High Court ruling, which could potentially be seen as spitting in the face of the Law.

If you didn’t know any better when you arrived on that site, you’d think there was good reason for the paper to be retracted, right? After all, The Lancet is one of the most prestigious science journals of the Western world.

A 2010 General Medical Counsel judgement formed the basis for The Lancet’s reason for retraction of “Ileal-Lymphoid-Nodular-Hyperplasi, Non-specific Colitis and Pervasive Developmental Disorder in Children” by Wakefield et al. (Project 172-96)

What most people are unaware of is that there has since been a successful appeal and the GMC’s findings were overturned. By rights, The Lancet should retract their retraction and reinstate the research paper. Which, by the way, involved a total of ten doctors and researchers.

On the 20th of April 2014, The Lancet was asked to UN-retract their retraction. They have flatly refused in writing.

In addition, the tenacious Dr Wakefield has many friends that support him, like Erin Elizabeth of Health Nut News. She and her partner, Dr Mercola are firm supporters of Dr Wakefield’s ethics and his mission:

“The devil is in the details. Listen carefully to the sound of Dr. Andrew Wakefield’s voice and you know that there is a highly intelligent highly empathetic man trying to help humanity. I’ve had the honor to meet and talk with him on numerous occasions and events where we’ve both spoken and he’s always so kind. He’s not an accuser but an advocate for the truth and it just so happens he is at the equator of one of the hottest topics in healthcare. Vaccines!
Maybe we should listen?!”

I was humbled to sign the Vaxxed bus and to be interviewed on it about my vaccine injury story with my better half of eight years; Dr Mercola.”

This very recent video of Dr Wakefield shows him relaxed and asking for not only the stories of vaccine injury stories but is also calling for those wonderful stories of families and children that have managed to remain unvaccinated. He remains a little mysterious, for obvious reasons, about exactly what the stories will be used for BUT, he did say “They are being sent to someone who can use them to make a difference. So it is crucial that you send them.”

Dr Wakefield’s Important Plea For The Stories Of Vaccine Injury

If you go to www.vaxxed dot com you will find there a box that you can fill in that describes your vaccine injury story. These are going to someone who can make a huge difference. Not going to say any more than that except that every story counts. There are now six and a half thousand or so. We need at least 10,000 stories of vaccine injury or more. I am going to ask you to do that. It doesn’t matter if you’ve been interviewed on Periscope or Facebook live or on film telling your story.

If you have not written it down in this format of less than 500 words, please, it is absolutely essential that you do so because they are making a difference. A huge difference. They are being sent to someone who can use them to make a difference. So it is crucial that you send them. Please, do that, go on there today. Go to vaxxed dot com and write your story. It is essential that you say; what happened, when it happened, what the consequence was and it will be put to extremely good effect so please do that.”

During This Live Question And Answer Video, Dr Wakefield Answers A Viewer Comment:

And it’s only after the anecdotal description of cases, either individually, or in a case series, that you then move on to do hypothesis testing studies in case control or cohort studies so it’s very sad because I’m sure if you went to your doctor and you said ‘Here is my anecdotal story’ and he said ‘Well, you’re telling lies because this is an anecdote” I think you’d be dismayed and would look for another doctor and quite right to do so. So to dismiss what I’m saying about parents based upon the fact that the original case series was a series of anecdotes is disingenuous and ill informed. You are speaking from a position of ignorance and that’s never a good position to speak from”

Viewer Question: “Can you give us a quick response to some people saying we are harming our children by not vaccinating?”

Dr Wakefield: “I saw a rabbi from California the other day saying, “Measles is a very, very serious disease” NO it is NOT. Let me be absolutely clear; measles is NOT a ‘very very serious disease’ My mother was a general practitioner and she saw thousands of cases of measles before measles vaccine was ever used, she never in her entire medical career saw a single complication of measles. That’s NOT to say that it doesn’t occur or that measles cannot be serious. It can. But it’s unusual and it was increasingly unusual as the morbidity and mortality from measles fell dramatically from the 1920’s in industrialised countries onwards. To the point that it had fallen by 99.6% in terms of mortality before the vaccine was ever introduced. To the point where the physicians handbook at the time, described measles as a ‘mild child illness’

So in order to bring some sort of order, some sort of balance to this discussion, Polly is going to start doing a series of stories about what unvaccinated babies look like. An attempt to restore a degree of integrity to the argument. And it’s just so sad to see that the mainstream media is giving voice to this notion that terrifies parents about what will happen. That is NOT, not fully informed, honest consent. That is a myth and a distortion of the facts.

You can send your story from anywhere, not just the USA.

Please, if you have unvaccinated children, bring them forward to be seen and interviewed with Polly on the tour. It’s extremely important. “

Now it just remains for you to start asking questions, and never stop. There is far more life satisfaction to be found in knowing what’s really going on and taking responsibility for your own children’s health, than from blinding trusting those that are supposed to help us, but are in fact putting themselves at risk of similar treatment to the doctors at the Nuremberg trials, where a bunch of them hung for “just doing their job”

Please go now and tell the Vaxxed team and Dr Wakefield your stories of vaccinated and unvaccinated children. The form is there and it’s super easy to follow.

Remember what the good doctor said about anecdotes… “That’s how medicine begins.”

Go now and make a difference.