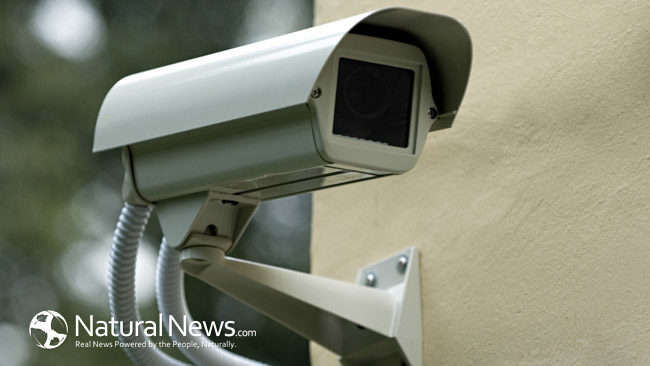 Vermont is such an incredibly beautiful place and I am proud to call it my home. After many long years of travel all over the place it was indeed finally a wonderful feeling to have found a place that I could genuinely call a “home”; something that fit my energy very well.

Lush and fertile valleys with wide meandering rivers on their way to deep and powerful lakes; ancient mountains covered in pure wilderness still reaching to the sky above and running ridges of boreal forest defining the earth’s patterns through the environments. Four perfect New England seasons and a wide array of “wildlife” that adorn the many ecosystems with their energies.

Vermont is well known for many organic farms, orchards and livestock raising, local farmers markets, Coops and many other small, privately owned natural food stores. The state also has the reputation for keeping an overabundance of chain box stores and fast food companies out of the economy which leaves room for the numerous privately owned small businesses and 5 star restaurants of which support the local agriculture industry.

Statistically Vermont is claimed to be the most rural state in the country and the largest city is home to less than 43,000 people. The low population certainly seems to have to do with many factors, but some of the most pertinent is the lack of high paying jobs and the severity of the climate.

Even with such a seemingly perfect little spot upon the earth, filled with many locals who want to see Vermont stay as independent and clean as possible for future generations, it is far from perfect and certainly not out of reach from the global handlers…

Money was given to the state of Vermont, millions of dollars by the Department of Homeland Security- the biggest farce dictatorship muscle organization since World War 2, to buy advance security technology. This starting happening after the 911 incident in New York City and Washington D.C.  The money has been flowing into the Vermont police departments and other law agencies over the last twelve years or so and in return the police have been very inconspicuously buying tons of high tech surveillance, anti-terrorist and riot equipment. These purchases have been kept mostly out of the public eye. Unless you go looking for this money flow and return purchases you will not be told about it. After all it is the Vermont citizens and visitors that are being watched (spied upon) by this equipment thanks to the severely corrupt Department of Homeland Security and brainwashed law enforcement agencies.

What happens if we bring this higher than the local and state law enforcement and into the court systems? The local law enforcement simply states that they are just doing their part in keeping the populace safe, monitoring for potential threats and obtaining data readily available to anyone. Of course if you were to get into your car, go park in a parking lot and start photographing all the license plates and people driving and walking by and videotaping people’s daily activities you would eventually be arrested as a public stalker. If you went onto a rooftop and began doing the same activities you would also be arrested as a stalker and potential terrorist. However, when the department of Homeland Security and local and state law enforcement agencies do this, it is legal and “justifiable” in the eyes of our current American Dictatorship.

More and more surveillance cameras are being installed in stores, intersections, roadways, parking lots law enforcement vehicles (including bicycles and helmets) and miscellaneous locations such as parks, town clocks, trees in public areas, etc. The closer you look, the more you will see. Of course through passport and drivers license photos your pictures are being funneled into the newest facial recognition software. Once in that software your face can be located in any video footage taken by any surveillance camera that took your photograph. This was all started by what is known as Project Amber. Project Amber was the start-up project that was designed for civilian surveillance by way of public cameras. All intersection cameras and cameras in stores, parks, cities, onward to real-time satellite surveillance, cameras in home computers and in cell phones, Ipads and all manner of other civilian electronics came from Project Amber. More about such projects can be found in my Mind Control & programming Reality course and dvd set.

Vermont Law enforcement have been taking digital images of license plates from driving and parked cars and logging them into mainframes that are scanned for and suspicious activity, Up to 1,800 images can be taken by one officer in one hour. Think of how many that adds up to in multiple hours and in an entire day’s shift.

All the way down in White River Junction on the east side of Vermont, about a hundred miles south of the Canadian border the Border Patrol now employs random traffic stops to question and search people and their possessions. I have heard this is also starting to happen on areas of I-89 as well as I-91. Of course it isn’t as bad as the state of Tennessee, but Tennessee was just the beginning. Now it is spreading to all states and most especially any state that borders Mexico or Canada. Yes even here in quaint little Vermont. Even in Vermont’s largest airport, which is a tiny little thing in South Burlington is crawling with blue shirt TSA employees. Many of the local cruises on Lake Champlain are posting signs stating people boarding are subject to search by order of Homeland Security just as if we were all suspected terrorists and criminals.

Of course this surveillance is all taking place on the ground and from elevated building and pole cameras. Most people do not think about surveillance drones being deployed and employed over Vermont. After all drones are not cheap and Vermont isn’t what most people think of as a red zone for DHS surveillance. However, because we border such a violent Provence such as Quebec (yea-OK-whatever), military grade drones have been bought with the money funneled to the state of Vermont by DHS and are currently being utilized all along the Canadian/Vermont border. They are also diverted and flown to areas of “target interest” beyond the border as well in recent months. (both north and south) As I stated, they are said to be only surveillance drones with cameras on-board, but as I also said, they are military grade which means they can be weaponized. Here at Ways Of The Wild Institute I can show you how to become invisible to drones and their IR technology while in the forests and mountains… Sure we all hear about drones being used in big cities and hot zones for gang and other criminal activities, but even in the remote areas of the most rural state in America they fly. Don’t forget that most are also controlled- remotely piloted by a young generation solicited by the military and law enforcement agencies and raised on video games… many created by military and law enforcement organizations…

All local Vermont phone services collect all phone call information and save it in digital files. Every call you make or text you send is captured and logged. Every click on your computer keyboard/online activity is also captured and logged. All your digital purchases and credit card/debit card activity is logged. Vermont residents and visitors are being watched, filmed, photographed, taped/recorded; completely monitored through the highest level surveillance technology bought by the state from the fat paychecks given to the state by the DHS.

The NSA, CIA and DOD are but a few of the major three letter agencies that have full access to all of this logged information. Vermont and every other state in the country has its own Information and Analysis Center which is responsible for storing all of this information/data retrieved by these highly advanced surveillance methods. People are being tracked and spied upon by their own home states and everything picked up on a person is stored in those facilities for legal access at any given time.

You might ask how it is possible to obtain, store and locate all of that information on all those people, including you. The answer to that can be found in an article I wrote some time ago called Beast Computer.

When a small and rural state like Vermont has not only obtained but freely employs such high technology surveillance equipment we can be assured that the rest of America is completely monitored without exception. Privacy is gone and we as citizens have let it happen with our lack of action, passive attitudes and severely imbalanced mind patterns calling such experiences to us. The growing dictatorship we have called the United States Government has created its iron hand, extending it, opened it, lowered it upon the entire country and every living creature here and closed it. And still so many people refuse to step up and embrace their own self healing work. Still so many people cower in fear and hide in their self dug holes or denial while the global handlers further their agendas of mass control and manipulation.

Many folks will quickly throw away a hundred bucks on a high class dinner at a restaurant and buy excess clothing and other materials they do not need as opposed to attending classes that will not only help them open their eyes to reality, but show them how they can help make genuine changes through practical techniques of daily living. Instead of seeking the truth and ways to make changes they hide and pretend nothing is wrong. On the other hand they openly complain when such surveillance and control methods openly affect them personally. Complaining is easy, avoidance is easy, hiding in a hole is easy, making every excuse in the book as to why they cannot do what it takes is easy, but it is a waste of time and resources and the global controllers continually tighten their grip. People see this happening and yet still instead of reaching inside to find the courage to stand up and make changes by doing the balancing work within they turn to addictions and fall to triggering to become further enslaved and controlled.

Ways Of The Wild Institute is here for you, but more and more classes are thinning out because people are too afraid to commit to making conscious and genuine changes. Sure it’s easier to spend energy elsewhere in surface entertainment than to step up and embrace the work, but still fingers point, blame and judgment are thrown like grenades and so nothing changes. Talk is everywhere, but genuine work is hard to find these days… unless you look at those trying and succeeding in controlling and manipulating the world and everything upon and within it. Oh they work hard and make incredible progress through their intentions and efforts- progress in controlling every aspect of your life. Why- because they want it more than most want to stop them…